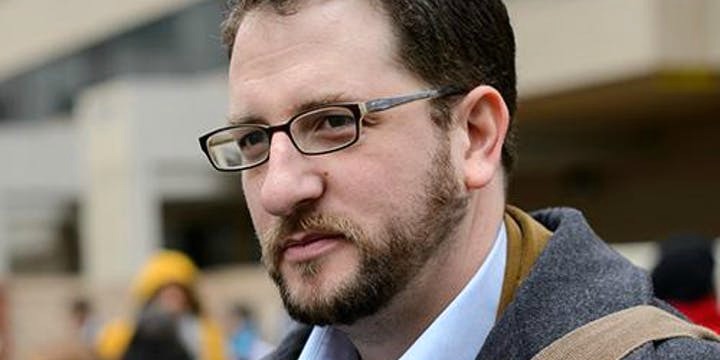 ‘The Commercial System Isn’t Providing The Local News We Need’.

Janine Jackson: The board of Lee Enterprises, which owns some 90 newspapers in the US, including the Buffalo News and the St. Louis Post-Dispatch, rejected what the Washington Post called an “unsolicited offer to purchase the company” from hedge fund Alden Global Capital.

Many listeners will know Alden as the rapacious group that buys up newspapers and then lays off journalists in droves. The Lee board statement says the Alden buy “is not in the best interests of the company and its shareholders.” They might have noted that it’s also—some would say primarily—not in the interest of communities who rely on newspapers to tell them what’s going on and why it matters.

More than one in five local papers in the US have closed in just the last 15 years or so. And, yes, people are moving away from print as a form. But who is filling the void of regular, relevant, local reporting, informing people at the level at which most people engage?

Activists are tired of lamenting rampant consolidation, and the exclusion of new and diverse voices in news media. They’re working around the country on projects that both demand accountability from existing institutions and envision new systems, new processes, new ways of doing journalism that more accurately reflect and support communities.

We’re joined now by Craig Aaron, co-CEO with Jessica Gonzalez of the group Free Press. He joins us now by phone from Maryland. Welcome back to CounterSpin, Craig Aaron.

Craig Aaron: Thanks for having me back.

JJ: I get what Lee’s board is saying. They think their assets were being undervalued. But Alden’s problem is not that they don’t look out for shareholders. Although you might not read about it in the local paper, we have seen the impact of their and other groups buying up and stripping down papers around the country, haven’t we?

CA: We certainly have. The fact that these hedge fund vultures like Alden, when they go into a community—even a growing and vibrant community, which is what many of these papers are, places that are growing in population, with new businesses and lots of things happening—when someone like Alden comes to town, they are there really just to squeeze and cut back on the newsroom, and try to essentially bleed these properties dry of their assets. They’re there to sell off the buildings and sell off the equipment and put out, very often, the bare minimum kind of daily news product to just continue until they can take as much money out of it as possible.

Now, this is a strange situation, because it’s not like Lee is this amazing public steward that we can say, like, what an incredible company.

CA: And I want to be clear, there are good journalists in all these newsrooms trying to survive, trying to cover stories, trying to do a good job. But we’re sort of left here rooting for the really big and somewhat mediocre newspaper chain to fight off the hedge fund vultures, and hope that somehow that’s going to produce better local news.

And it kind of leaves me asking, like, there really must just be a better way and a better system, where our choices aren’t just: one big chain with somewhat of a commitment to local journalism versus terrible, greedy hedge funds that we know are going to come in and destroy what’s left of local journalism. Those really shouldn’t be our only choices.

JJ: Absolutely. Well, we’re coming into a new year. We’re trying to look forward, while being informed by our understanding of what is and what has been. And so I wanted to ask you to talk about some of the projects Free Press has been working on and collaborating on that are about the future, that are about making change in this so-important sphere of local media, including newspapers. What are folks doing around the country, and why is it hopeful?

CA: I think there is reason, despite everything I just said, to be hopeful. And that starts with those hardworking journalists in newsrooms, fighting against these corporate owners, getting organized, asking their institutions to reckon with their histories. That’s happening in newsrooms all over the country, and we are seeing an uptick in organized journalism, people forming unions in their newsroom. They’re working with community to hold leadership accountable; I think we’ve seen that in a lot of communities, from Los Angeles to Philadelphia and on and on. That’s a good sign, working within the existing system.

But probably why I’m more optimistic is I see, sprouting up all over the country, innovative journalism happening in small corners, in neighborhoods, in people starting new projects actually built with serving community in mind, in most cases noncommercial or nonprofit institutions, really devoted to rethinking how we do local news. I think of City Bureau in Chicago, or Outlier Media in Detroit. Something’s happening inside public media.

So I see examples all over the country of new and interesting people starting up. The challenge is, can they actually sustain that work? And these are where I think the worlds kind of come together, where we have to begin to ask ourselves, what are the structures and policies we need to actually provide quality local news? And do we build it on the system we’ve always had? How do we support these new and innovative projects? And, of course, the age-old question: Where is the money going to come from?

And these are the big questions we have, because the commercial system that we’ve had for so long isn’t providing the local news we need. We’re not seeing newsrooms get stronger. We’re not seeing them able to do more. And we need to start thinking about what the future of journalism’s going to look like.

I increasingly believe the only choice we’re going to have is to really invest in a noncommercial system, a diverse local system. And that’s going to take new structures and policies to get us there.

We’re closer to the beginning of that fight than I would like to be. But I think we have seen, whether it’s in Washington, DC, whether it’s in the states, a new kind of conversation happening about what the public responsibility really is, and that we need new investments in order to provide that kind of local news.

So, for example, a couple of years ago we worked to pass a bill in the state of New Jersey to create a civic information consortium, using public money to support innovative local journalism projects. This year, the first checks from that new fund were handed out. It was a million dollars, so not enough to solve the problem of local journalism. But a great experiment showing that public dollars can go to support innovative products actually designed to serve local needs, to serve diverse communities, and reach communities that have never been served by the traditional media.

That’s just one promising example. But it’s the kind of example that I think suggests we can do things differently, and we can expand the narrow definition of what’s possible that’s dominated these questions over: How are we going to provide local journalism? What’s the business model? You need to be asking different questions, not just what’s going to be most profitable, but what do we actually need for communities to thrive? And I see new energy and ideas in that space, which makes me optimistic at a time of a lot of pessimism when it comes to the state of journalism.

JJ: Let me just ask you, finally, in a piece I read on Nieman Lab, Free Press’s senior director of journalism policy, Mike Rispoli, wrote that over the past few years, “more lawmakers have begun to get serious about the collapse of the local news market and the threats it poses to civic participation and community health.”

So is something happening at a legislative level? Because we also know that the Aldens and the big media corporations have a lot of sway in policy-making. So I see statements of concern from legislators, but what’s happening at that level?

CA: I can certainly say, as someone who spends a lot of time on Capitol Hill talking about the future of journalism, that I have had more conversations, and more encouraging conversations, with legislators in the last two years, and in response to the pandemic and the related economic crisis, than at any time in the last 20 years. So I think that is a positive sign that legislators are beginning to take this seriously.

We have seen legislation start to move—for example, the Local Journalism Sustainability Act, which is a bill that would create tax credits for hiring newsroom workers. In and of itself, that’s a good thing. We want to see more reporters on the beat and in newsrooms. The challenge with a bill like this is that while it would help a lot of newsrooms that really need it, it would also hand a lot of money over to these same hedge funds who have been destroying local newsrooms. It would hand a lot of money over to local broadcasters who themselves are getting rich off the broken campaign finance system.

So the reality, the political reality, is that to get a good thing, some tax credits for journalism jobs, you have to let in the big guys, to have the political clout to pass something. And that’s kind of the dilemma facing those of us trying to make good journalism policy in Washington. Local Journalism Sustainability Act might happen. It’s in the Build Back Better bill. If that happens, you could see support for journalists.

But even that support would really be a bridge. It would give us another couple years to figure out what is the long-term change we need. And we think that’s where we need to push this conversation. And we need to figure out, in that time, who’s going to fight for the kind of local journalism we actually need. It’s going to have to be a broader coalition. It’s going to have to represent the diverse communities that populate this country. If we make policy and the only folks that are in the room, or most of them, represent the hedge funds and represent the broadcasters, we’re going to get policies that are deeply flawed, and designed to hold up the existing system that’s not serving us.

But if we begin to build a broader coalition, we’re starting that organizing work through the organizing of a media power collective, bringing together these innovators and folks with big ideas over the future of journalism to try to say, we can have something different. We can figure out how to support it. We can figure out what the noncommercial future of journalism is going to be, and then actually go to legislators with new plans, bigger ideas, and the kind of political constituency that can actually make them happen, so that we aren’t having this same conversation in five, 10, 15 or 20 years. And we can start wrestling both with the history of our media system and how it brought us to this point in history, and what real alternatives could look like that actually serve local communities in the ways they need.

JJ: We’ve been speaking with Craig Aaron, co-CEO of Free Press. Find their work, including about the Media Power Collaborative, online at FreePress.net. Thank you so much, Craig Aaron, for joining us this week on CounterSpin.

CA: Thanks for having me.