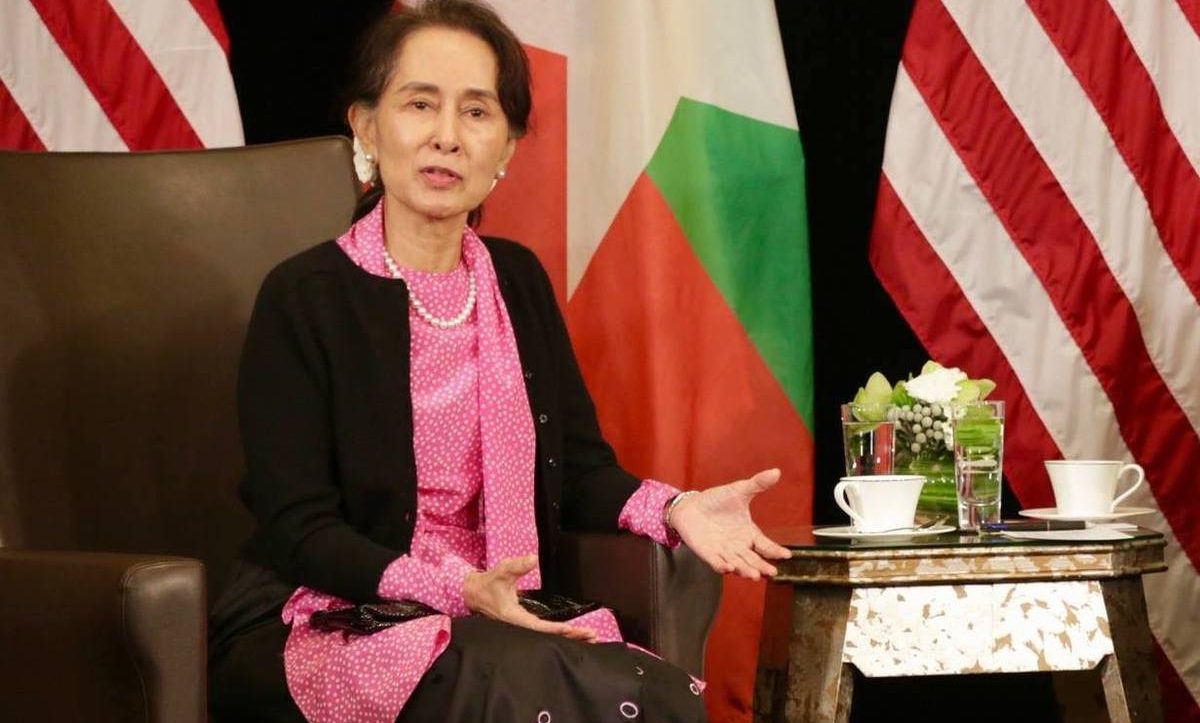 What is taking place in Burma right now is a military coup. There can be no other description for such an unwarranted action as the dismissal of the government by military decree and the imposition of Min Aung Hlaing, the Commander-in-Chief of the Army, as an unelected ruler.

However, despite the endless talk about democratization, Burma was, in the years leading up to the coup, far from being a true democracy.

Aung San Suu Kyi, leader of the country’s erstwhile ruling party, the National League for Democracy (NLD), has done very little to bring about meaningful change since she was designated State Counselor.

Since her return to Rangoon in 1989 and placement under house arrest for many years, Suu Kyi was transformed from an activist making the case for democracy in her country, into a ‘democracy icon’ and, eventually, into an untouchable cult personality. The title, ‘State Counselor’, invented by NDL following the 2016 elections, was meant to place her authority above all others in government.

The justification for this special status is that the military, which continued to have substantial sway over the government, would not allow Suu Kyi to serve as the Prime Minister, because her husband and children are British. But there is more to the story. On her relationship with her party, Richard C. Paddock recently wrote in the New York Times that Suu Kyi has controlled her party in a style that is similar to the previous military control of the country.

“Critics began calling the party a cult of personality,” Paddock wrote, adding, “Often criticized for her stubbornness and imperious style, she has kept the party firmly under her command and is known to demand loyalty and obedience from her followers.”

Those who have celebrated the ‘Lady’s’ legacy of yesteryear, were disappointed when the supposed human rights champion agreed to participate in the 2016 elections, despite the fact that millions of Burmese who belong to marginalized ethnic groups – like the country’s persecuted Rohingya – were excluded from the ballot box.

Faint and bashful criticism was overpowered by the global celebration of Burma’s fledgling democracy. No sooner had Suu Kyi been made the de facto leader, although with direct alliance with the country’s former junta, than international conglomerates – mostly Western – rushed to Rangoon to capitalize on Burma’s largesse of natural resources, left unexploited because of economic sanctions imposed on the country.

Many legitimate questions were brushed aside, so as not to blemish what was dubbed as a victory for democracy in Burma, miraculously won from a cruel military by a single woman who symbolized the determination and the decades-long struggle of her people. However, behind this carefully choreographed and romanticized veneer was a genocidal reality.

The genocide of the Rohingya, a pogrom of murder, rape and ethnic cleansing, goes back many decades in Burma. When the Burmese junta carried out their ‘cleansing’ operations of Rohingya Muslims in the past, their violent campaigns were either entirely overlooked or conveniently classified under the encompassing discourse of human rights violations in that country.

When the genocide intensified in 2016-17, and continued unabated, many legitimate questions arose about the culpability of Burma’s ruling NLD party and of Suu Kyi, personally.

In the early months of the most recent episodes of the Rohingya genocide at the hands of government forces and local militias, Suu Kyi and her party behaved as if the country was gripped by mere communal violence and that, ultimately, blame was to be shared by all of those involved. That discourse proved unsustainable.

Internationally, the Rohingya became a recurring theme in the media as hundreds of thousands of refugees were forced to flee, mostly into Bangladesh. The magnitude of their misery became daily and horrific headlines. Stories of rape and murder were documented by the United Nations and other international rights groups. As a result, thanks to efforts championed by a group of 57 Muslim countries, a landmark lawsuit, accusing Burma of genocide, was filed at the UN International Court of Justice in the Hague in 2019.

For Suu Kyi and her party, ethnic allegiances and realpolitik superseded any platitudes about democracy and human rights, as she defiantly objected to international criticism and openly defended her government and military. In her testimony at the UN Court in December, Suu Kyi described the genocidal violence of the Rohingya as “cycles of inter-communal violence going back to the 1940s”. Moreover, she harangued the ‘impatience’ of international investigators and human rights groups, blaming them for rushing to judgment.

By dismissing what “many human rights experts have called some of the worst pogroms of this century,” Suu Kyi turned from “champion of human rights and democracy to apparent apologist for brutality,” NYT reported.

Though we must insist that the return to rule by the military in Burma is unacceptable, we must equally demand that Burma embraces true democracy for all of its citizens, regardless of race, ethnicity or religion. A good start would be to disassociate Aung San Suu Kyi from any inclusive democratic movement in this country. The Lady of Burma had her opportunity but, sadly, failed.

Ramzy Baroud is a journalist and the Editor of The Palestine Chronicle. He is the author of five books. His latest is “These Chains Will Be Broken: Palestinian Stories of Struggle and Defiance in Israeli Prisons” (Clarity Press, Atlanta). Dr. Baroud is a Non-resident Senior Research Fellow at the Center for Islam and Global Affairs (CIGA), Istanbul Zaim University (IZU). His website is www.ramzybaroud.net