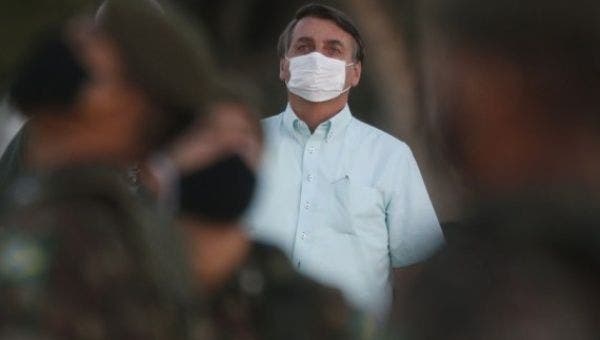 President Jair Bolsonaro was further isolated after demonstrations by his supporters in several Brazilian cities, said many analysts alarmed by his “coup” speeches on Wednesday.

The far-right leader did not achieve the tide in his favor that he himself expected to gather to commemorate Independence Day. However, the center of Brasilia, and especially Sao Paulo (125,000 demonstrators), were filled with fervent followers dressed in green and yellow, the national colors.

“Despite his isolation, the president has shown that he is still capable of mobilizing a noisy minority,” wrote journalist Bernardo Mello Franco in the daily O Globo.

The fact that the protesters were non-violent and did not invade the Supreme Court or Congress as feared, in a Brazilian version of the January assault on the Capitol in Washington, came as a relief.

But, from Bolsonaro’s two belligerent speeches, in Brasilia and especially in Sao Paulo, analysts highlight the “coup tone” and the very serious attacks against the Supreme Federal Court (STF).

The country’s highest court reacted strongly to what it considered an “attack on democracy.”

“The supreme court will never accept threats to its independence or intimidation,” said its president Luiz Fux. “No one will shut down this court,” he added.

And he specifically announced that he would reject the decisions of Judge Alexandre de Moraes, who opened an investigation against him for spreading false news.

“Since he was elected president in 2018, Bolsonaro has constantly sought to stoke crises. It is his way of governing, and his way (…) of retaining his electoral base,” notes Gaspard Estrada, executive director of the Political Observatory of Latin America and the Caribbean at Sciences Po school.

“Willing to do anything”

With 14 months to go before the presidential elections, Bolsonaro lashed out against “the farce” of electronic voting, according to him fraudulent, a mantra with a lot of stick among his base, which alone is not enough for his reelection.

The president affirmed that “only God” could remove him from power, a comment that puts him, disturbingly, outside the constitutional framework.

“Bolsonaro is not going to leave power easily: by maintaining this coup behavior, he is willing to do anything, including creating chaos in Brazil, to remain at the helm of the country,” Estrada estimates.

Bolsonaro is in a very delicate situation. His popularity rating fell in July to 24%, its lowest level since he came to power in 2019. According to polls, he would lose the elections, even in the first round, to his great rival, leftist former president Luiz Inácio Lula da Silva.

He is also surrounded by several judicial investigations and does not seem to have understood the “real Brazil.” Because instead of wanting to remove the Supreme Court judges, the majority of Brazil’s 213 million people are worried about soaring inflation, unemployment hitting 14 million people and the pandemic, which has almost reached 600,000 deaths in Brazil.

The events affected the Sao Paulo Stock Exchange, which fell more than 3% on Wednesday afternoon.

The Role of the Army

What was to be a “demonstration of strength” by Bolsonaro ended up demonstrating weakness.

According to most analysts, the military has a strong presence in Bolsonaro’s government and at high levels of the administration, but is unwilling to embark on such an adventure.

As for the risk of impeachment, Bolsonaro “is confident that he will be able to avoid impeachment” because “he is still protected by his allies of the ‘centrao,'” a group of conservative parties in Congress that have dominated Brazilian politics for decades, Stuenkel adds.

It remains to be seen whether the support of the ‘centrao’ will crack after Tuesday’s episode.

But between now and the presidential elections, the most likely scenario, Stuenkel predicts, will be “permanent constitutional instability, a chaotic situation.”