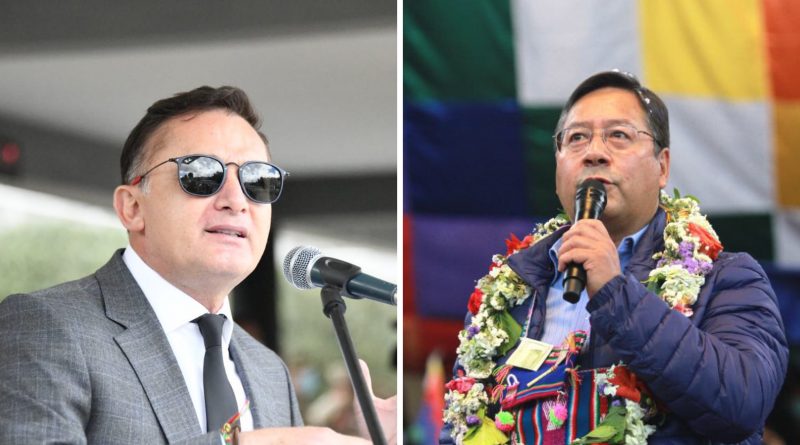 Bolivia’s Interior Ministry has revealed that Colombian mercenaries, who participated in the assassination of President Jovenel Moise in Haiti, entered Bolivia days before the 2020 election. Fernando Lopez, Defense Minister under Jeanine Añez, was in contact with mercenary groups, with whom he intended to carry out a second coup.

In a press conference, Interior Minister Eduardo del Castillo named Germán Alejandro Rivera García, a Colombian citizen who entered Bolivia on October 16, 2020 and who was later arrested for the assassination of Jovenel Moise. He was followed by Colombian citizen Arcángel Pretel Ortiz and Venezuelan citizen Antonio Intriago, who run the Miami-based ‘security firm’ Counter Terrorist Unit Security (CTU), which hired the mercenaries who murdered Moise.

The mercenaries stayed at the high-end Hotel Presidente in La Paz, just two blocks away from the presidential palace. The purpose of their meeting was to pursue leads with then Defense Minister Fernando Lopez for lucrative contracts for a hit on Luis Arce.

Castillo said, “Days before the elections, the paramilitaries who would go on to kill the President of Haiti, as well as mercenary contractors such as Mr. Arcángel Pretel and Mr. Antonio Intriago were in the country. According to the information we obtained, their intention was to end the life of President Luis Arce”.

Earlier in the year, leaked audios published by The Intercept revealed that Lopez was in contact with other Miami-based mercenaries to coordinate a second coup. In one audio, Lopez said, “The military high command is already in preliminary talks… the struggle, the rallying cry, is that [the MAS] wants to replace the Bolivian armed forces and the police with militias, Cubans, and Venezuelans. That is the key point. They (the police and armed forces) are going to allow Bolivia to rise up again and block an Arce administration. That’s the reality.”

President Luis Arce addressed the revelations today at a summit with social movement in La Paz, saying, “Our Interior Minister revealed this information at an opportune time, brothers; They wanted to make an attempt on my life. To those right-wing murderers, we are going to respond with a phrase from (historic Bolivian socialist leader) Marcelo Quiroga Santa Cruz: We know that sooner or later they will make us pay for what we are doing, we are willing to pay that price, we were always willing. We will never shy away from danger because there is something more fearsome than that enemy who is looking for a way to kill us. A guilty conscience is much worse, we would not bear ourselves if we did not fulfill our duty.”

A slideshow presented by the Bolivian Interior Minister can be seen here.

In this leaked 2020 audio, U.S. mercenary contractor, ‘J.E.P’, tells Añez’s Minister of Defense that he’ll need three C-130s to pick up U.S. troops from the Southern Command airbase in Miami to work as “independent contractors” for a job in Bolivia. @MindeGobierno pic.twitter.com/ioYSxbZKax