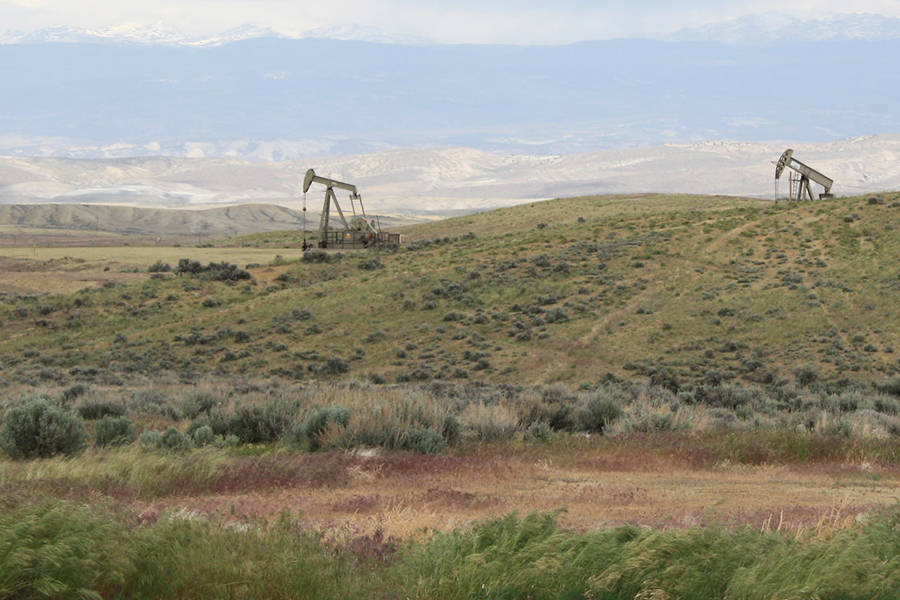 Above Photo: Nearly a quarter of the nation’s carbon dioxide emissions come from fossil fuels developed on federal lands, according to a government report. Credit: Bureau of Land Management

Fossil Fuel leases totaling hundreds of thousands of acres have been suspended as courts rule against the BLM for ignoring climate impact.

The Trump administration’s relentless push to expand fossil fuel production on federal lands is hitting a new snag: its own refusal to consider the climate impacts of development.

The federal Bureau of Land Management’s Utah office in September voluntarily suspended 130 oil and gas leases after advocacy groups sued, arguing that BLM hadn’t adequately assessed the greenhouse gas emissions associated with drilling and extraction on those leases as required by law.

The move was unusual because BLM suspended the leases on its own, without waiting for a court to rule.

Some environmental advocates say it could indicate a larger problem for the bureau.

“It is potentially a BLM-wide issue,” said Jayni Hein, natural resources director at the Institute for Policy Integrity at NYU School of Law, which has been involved in similar litigation in other states. “It could have the effect of suspending even more leases across the West, and not just for oil and gas, for coal as well.”

Officials in Utah had already pulled back several other lease sales earlier this year. In effect, BLM appears to be trying to get ahead of potential court rulings, advocates say.

A series of court rulings have established that BLM must conduct a thorough analysis of the climate impacts of drilling before it allows development in order to comply with the National Environmental Policy Act (NEPA).

In the latest ruling, a federal district court in Washington, D.C., in March ordered the bureau to redo its environmental analysis for a slate of leases in Wyoming to better assess climate impacts. In response, BLM suspended the Wyoming leases, as well as leases in Utah and Colorado that were included in the lawsuit but not directly addressed by the ruling.

The new Utah suspensions cover a different set of leases, including many sold last year. In letters sent in September to energy companies that had bought the leases, BLM said it was suspending them “based on the parallels” between the lawsuit over them and the case that resulted in the March ruling in Washington, D.C.

All told, nearly 1 million acres may now be suspended across the West, said Rebecca Fischer, an attorney with WildEarth Guardians, which filed the lawsuit in the Washington, D.C., circuit, including more than 460,000 acres covered by that lawsuit and some 300,000 acres that Utah’s BLM office has suspended since the March ruling. 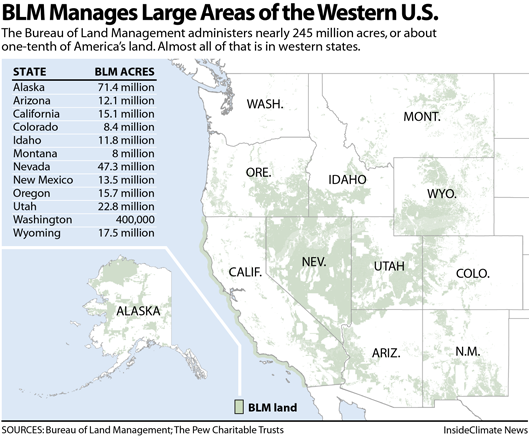 Fischer’s group has similar lawsuits pending against leases sold in New Mexico and Montana, and she said she expects that courts will order BLM to review those leases, too, unless the bureau acts first.

“I think the same flaws are occurring across the BLM’s oil and gas program,” she said.

BLM headquarters did not reply to emails seeking comment. Rachel Wootton, a spokeswoman for BLM’s Utah office, sent a statement saying “BLM Utah is committed to responsible development of our nation’s energy resources and is therefore conducting further NEPA analysis” of the leases it has suspended. She said the review could result in the leases being canceled, amended or reissued with no changes.

Nearly a quarter of the nation’s carbon dioxide emissions come from fossil fuels developed on federal lands, according to a 2018 government study, and BLM manages the majority of that development.

“This is a big slice of the pie,” said Diana Dascalu-Joffe, an attorney at the Center for Biological Diversity, which has been a plaintiff in many of the lawsuits challenging leasing, including the recent Utah case.

Dascalu-Joffe said her group and others have been pushing BLM to take an agency-wide approach to studying the climate impacts of energy leasing on federal lands. After pressure from environmental groups, BLM was beginning to take such a step for coal under the Obama administration when it temporarily halted new leasing in 2016. The Trump administration reversed that order.

“Across the board, the agency has systematically just ignored the need to do climate analysis based on sound climate science” dating back years, she said.

Instead, each BLM field office may take a slightly different approach to studying climate impacts, if they are studied at all. These studies generally look at only a particular set of leases, rather than the cumulative impact of federal leasing programs, which environmentalists say is a particular deficiency.

So, advocacy groups have turned to challenging individual lease sales across the Western United States, which contains the vast majority of energy development on federal lands. Climate impacts will likely also play into any challenges of upcoming plans to lease large areas in the Alaskan arctic to drilling.

Environmental advocates say the Trump administration is unlikely to cancel the leases. In Wyoming, BLM issued a new analysis soon after the Washington, D.C., court’s decision in March, arguing that there were no significant climate impacts. Fischer’s group has challenged that new assessment, saying that it too fails to meet the legal requirements. The court has yet to rule on the latest challenge.

Part of a Larger Strategy

Fischer said the lawsuits are part of a larger strategy by advocacy groups to try to block fossil fuel development that they say is incompatible with the need to rapidly cut greenhouse gas emissions to slow climate change. They say the bureau has the authority to deny leases based on their climate impacts, and those climate impacts would become apparent if it conducted a thorough analysis.

“That is our ultimate goal,” she said. “That we can start to keep these oil and gas leases in the ground and start to transition away from dirty fossil fuels.”

Several of the Democrats running for president in 2020 have said they would halt new fossil fuel leasing on federal lands if elected.

Kathleen Sgamma, president of the Western Energy Alliance, which represents oil and gas companies, said the suspension of leases is not a major concern.

“The environmental groups are going to try to tie everything up in this litigation anyway,” she said, so BLM might as well revise the analysis to get ahead of the lawsuits. She pointed to the bureau’s speedy revision in the Wyoming case, and said she’s confident it will be able to conduct similar analysis quickly in Utah. “I think it can be done, it can be done in a reasonable amount of time, and then we can drive on.”

In Utah, “the leases are located in some really wild and remote parts of the state, areas that have enormous value for other resources” like recreation and indigenous cultures, said Landon Newell, an attorney with the Southern Utah Wilderness Alliance, one of the groups that sued.

Newell said the timing of the lease suspensions, within weeks of his group filing suit, indicate the Utah office is eager to avoid another ruling against it by a court. He also expects BLM will issue a new environmental analysis and try to lift the suspensions as soon as it can.

“The agency knows that, with regard to climate analysis, it’s really made quite a mess of things for itself,” he said, “and now it’s dealing with the effects of having made that mess.”