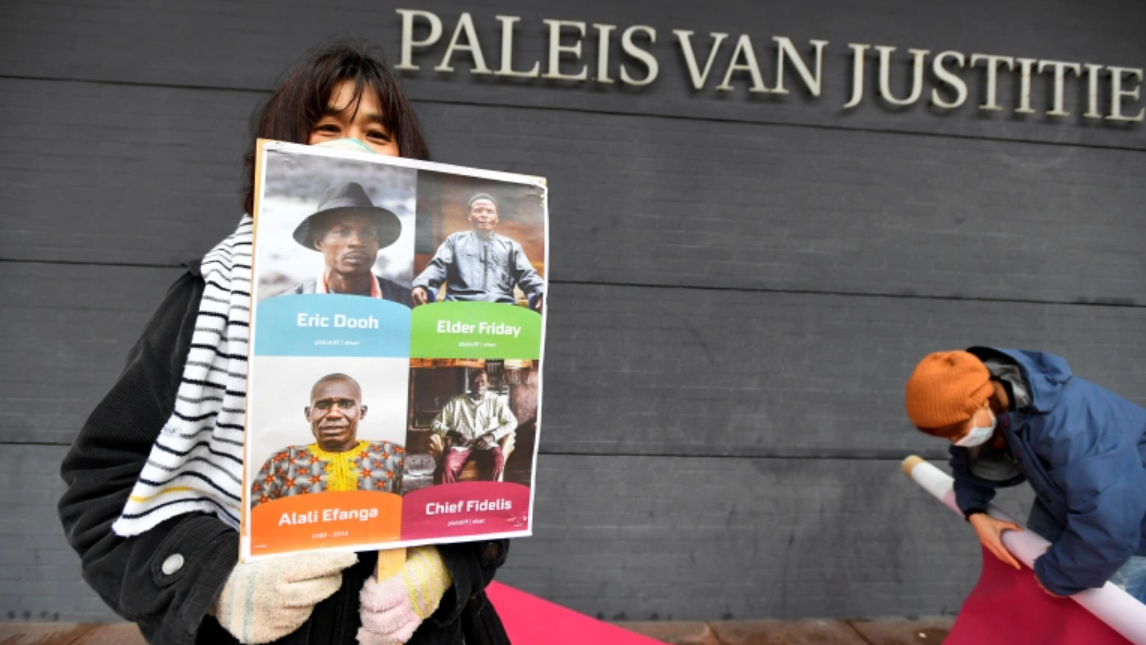 Above photo: The case was initiated by four farmers and the Friends of the Earth campaign group, who were seeking reparations for lost income from contaminated land and waterways. Piroschka Van De Wouw/Reuters.

The energy company’s Nigerian subsidiary must pay out over a 2008 case, Court of Appeal in The Hague rules.

A Dutch court has ordered the Nigerian subsidiary of Shell to pay compensation over oil spills in Nigeria’s Niger Delta, a ruling which could pave the way for more cases against multinational oil firms.

The Court of Appeal in The Hague on Friday ruled that the Nigerian arm of the British-Dutch company must issue payouts over a long-running civil case involving four Nigerian farmers who were seeking compensation, and a clean-up, from the company over pollution caused by leaking oil pipelines.

It held Shell’s Nigerian subsidiary liable for two leaks that spewed oil over an area of a total of about 60 football pitches in two villages, saying that it could not be established “beyond a reasonable doubt” that saboteurs were to blame.

The Hague appeals court ruled that sabotage was to blame for an oil leak in another village.

However, it said that the issue of whether Shell can be held liable “remains open” and the case will be continued as the court wants clarification about the extent of the pollution and whether it still has to be cleaned up.

Under Nigerian law, which was applied in the Dutch civil case, the company is not liable if the leaks were the result of sabotage.

“Shell Nigeria is sentenced to compensate farmers for damages,” the court said in its ruling, which can be appealed via the Dutch Supreme Court.

The amount of compensation will be established at a later date. The court did not specify how many of the four farmers would receive compensation.

The court did not hold Shell’s parent company, which is based in the Netherlands, directly responsible.

However, it ruled that Shell’s parent company and its Nigerian subsidiary must fit a leak-detection system to a pipeline that caused one of the spills.

Al Jazeera’s Ahmed Idris, reporting from the Nigerian capital, Abuja, said the verdict would be greeted with “relief and joy” by farmers in Nigeria and could “open the floodgates” for many other similar cases.

“Hundreds of people have queued up to sue shell for contaminating the Niger Delta,” Idris said, citing cases brought against Shell in the UK and the Netherlands.

“I spoke to an activist a short while ago who said, ‘This is just the beginning’, and a lot of analysts also believe [the ruling] will open the floodgates to so many litigations against oil production companies that have been operating in Nigeria.”

The case was initiated in 2008 by the farmers and the Friends of the Earth campaign group, who were seeking reparations for lost income from contaminated land and waterways in the Niger Delta region, the heart of the Nigerian oil industry.

The spills concerned were between 2004 and 2007, but pollution from leaking oil pipelines remains a big problem in the Niger Delta.

“Tears of joy here. After 13 years, we’ve won,” the Dutch branch of Friends of the Earth tweeted following Friday’s ruling.

Donald Pols, head of the NGO’s Dutch branch, described the court’s decision as “fantastic news for the environment and people living in developing countries”.

“It means people in developing countries can take on the multinationals who do them harm,” he said.

Shell argued that saboteurs were responsible for leaks in underground oil pipes that have polluted the delta. The company also argued that it should not be held legally responsible in the Netherlands for the actions of a foreign subsidiary, meaning Shell Nigeria.

After the ruling, Shell said it continues to believe the spills were caused by sabotage, adding it was dismayed that its Nigerian subsidy – the Shell Petroleum Development Company of Nigeria (SPDC) – was judged to be culpable.

“We are … disappointed that this court has made a different finding on the cause of these spills and in its finding that SPDC is liable,” the company said in a statement.

The Nigerian subsidiary added: “Like all Shell-operated ventures globally, we are committed to operating safely and protecting the local environment.”

Shell discovered and started exploiting Nigeria’s vast oil reserves in the late 1950s and has faced heavy criticism from activists and local communities overspills and for the company’s close ties to government security forces.

Friends of the Earth, which has supported the Nigerian farmers in their legal battle, argues that leaking pipes are caused by poor maintenance and inadequate security and that Shell does not do enough to clean up spills.