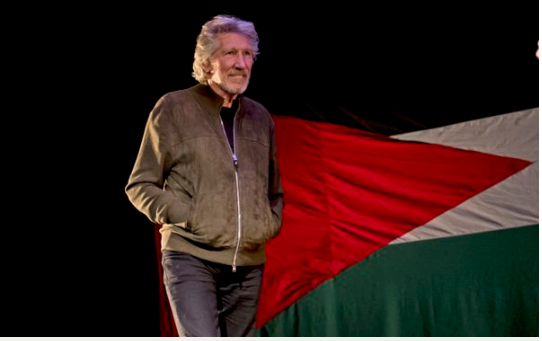 Court Refuses To Block Panel Talk On Palestine At UMass-Amherst

Above: British rock icon and activist Roger Waters, seen here in a 2018 photo at the Matucana Cultural Center in Santiago, Chile, on the Palestinian situation. Waters, a co-founder of Pink Floyd, will join a panel discussion on human rights for Palestine at the University of Massachusetts on May 4. (Photo by Martin BERNETTI / AFP)

Suffolk Superior Court Judge Robert L. Ullmann on Thursday refused to issue an injunction requested by attorney Karen Hurvitz to prevent a panel discussion on Palestine from being convened at University of Massachusetts campus.

The program, titled, “Not Backing Down: Israel, Free Speech & the Battle for Palestinian Rights” will now go ahead as scheduled on Saturday, beginning at 6:30 p.m. at the UMass Fine Arts Center.

The event is not sponsored by the university.

In the court case, Hurvitz said she was representing three “Jewish students at the University of Massachusetts,” who were not identified during any of the court proceedings.

Her complaint stated: “They bring this action as John Does because it has become increasingly difficult for them to feel comfortable and protected on the campus. They are hesitant to even express their views on campus for fear of hostility and retaliation by other students and by faculty.”

The suit named more than two dozen defendants, including the entire board of trustees, and UMass Chancellor Kumble R. Subbaswamy.

Hurvitz wrote in the complaint that the event should not be allowed on campus, alleging that “Jewish students at the University will suffer even more hostility and be the subject of more anti-Semitism than they have already suffered.” She alleged that the school would thus be violating their anti-discrimination policy.

In addition to the university arguing against the speech ban involving the Palestine event, Jewish Voice for Peace also filed, with the court, an opposition to Hurvitz’ request for an injunction.

“We are grateful for Judge Ullmann’s decision. It 100 percent aligns with First Amendment jurisprudence that this would have amounted to an impermissible prior restraint on speech,” JVP attorney Rachel Weber said in a written statement.

“At the heart of it, this case was about the Plaintiffs’ reliance on an overly-broad, controversial definition of anti-Semitism that includes any criticism of the Israeli government or Zionism, a dangerous conflation that the panelists, event organizers, co-sponsors, and many Jews in this country strongly disagree with,” Weber wrote.