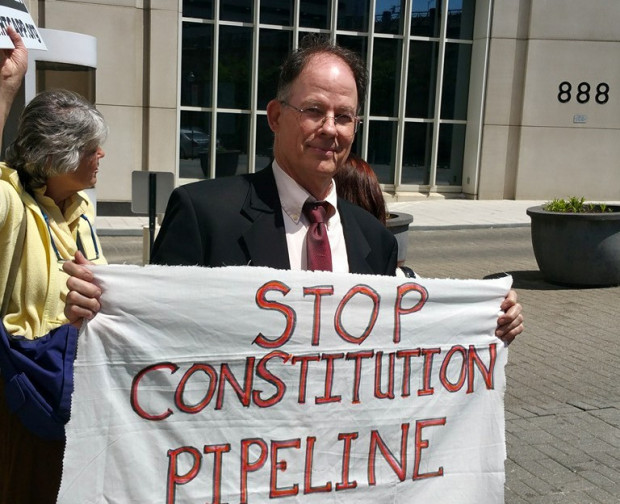 The New York Department of Environmental Conservation acted properly in 2016 when it denied Constitution Pipeline a Section 401 certificate under the U.S. Clean Water Act, effectively vetoing the project, the Second Circuit Court of Appeals ruled.

The judicial review “carries nationwide implications, as it will invariably influence states’ decisions to block pipelines under the Clean Water Act across the country,” said the Natural Resources Defense Council in a statement.

“This victory is an important reminder to all states that they have the power to stop harmful pipeline projects,” asserted the New York-based Waterkeeper Alliance.

Maya K. van Rossum, leader of the Delaware Riverkeeper Network, emphasized that the appeals court decision does not automatically apply to other states. However, she said it “sends a strong signal” on how other circuits could rule.

“It’s black-letter-law clear that states have authority to uphold their own clean water standards when it comes to natural gas pipelines,” she told The Republican. “The key point is that a federal appeals court recognized and upheld that authority.”

Meanwhile, proponents of the $750 million, 124-mile pipeline expressed disappointment on Friday, and urged state officials to work with Constitution to bring the project to fruition.

The pipeline would transport Marcellus shale gas from Pennsylvania to the Iroquois pipeline, potentially feeding the supply-choked Northeast region with fuel for home heating, power generation, storage, and, according to some, potential international export in the form of liquefied natural gas, or LNG.

Pipeline developers ‘shot themselves in the foot’

In its decision, the Second Circuit noted that Constitution failed to address certain water resource impacts during state environmental review. The company failed to consider alternative routes, and also declined to describe less harmful methods for stream crossings, despite repeated requests for information.

Patrick Parenteau, a professor at Vermont Law School, said he was astounded that Constitution failed to cooperate with state regulators.

“What were they thinking?” he said. “They shot themselves in the foot.”

The court hung its hat on Constitution’s failure to provide project information, he said. “I tell my budding law students — if you’re representing an energy company, and a state agency asks you for information, you’d better give it to them.”

Parenteau said that states do have legal authority to stop natural gas pipelines. However, FERC has been “stubborn” and “slow to accept the fact that states have a veto power” over their federal licenses.

In its 27-page decision, the Second Circuit said Congress intended the states to “retain the power to block, for environmental reasons, local water projects that might otherwise win federal approval.”

As for process, Constitution “persistently refused to provide information as to possible alternative routes” or information about using less-harmful, but more costly methods to cross small streams.

New York environmental commissioner Basil Seggos said Friday his agency’s actions were “based upon the merits” and designed to uphold the state’s “strict water quality standard.”

“We hope this sends a loud message that New York will not rubber stamp any project that fails to protect public health and our environment,” said Seggos.

The Business Council of New York State, which filed a supporting brief in the case, said Friday it is confident the pipeline should be approved and built.

“We urge New York State to work with the Constitution team to find a way forward for this critical infrastructure project and fix New York’s bridge to a clean energy economy,” the business council stated.

In its own statement, Constitution said the project represents a “transformational opportunity for New York and New England to uplift their economies, create short- and long- term jobs, reduce energy costs for consumers and businesses and also address concerns about air quality.”

The fate of a second project — the Northern Access Pipeline — is now before the Second Circuit after New York similarly denied a clean water certificate.

Impact within Massachusetts remains to be seen

In 2016, for instance, the Department of Environmental Protection issued a water certificate for Kinder Morgan’s Connecticut Expansion in spite of vigorous protests. Now under construction through the Otis State Forest, the pipeline will draw a million gallons from the isolated Spectacle Pond for testing purposes, and cross sensitive cold-water streams.

South of Boston, a major gas compressor station is planned at the mouth of the Fore River in Weymouth. As part of the federally permitted Atlantic Bridge project, the facility still needs a Coastal Zone Management permit to go forward.

The compressor has been the source of intense opposition, and Gov. Charlie Baker in July ordered state agencies to review the project’s potential impact.

“Baker has consistently said the state has little power over natural gas infrastructure,” she said. “He says it’s a federal matter. Now let’s see if he changes his tune.”

The court ruling comes as Virginia holds public hearings on Section 401 certificates for the Atlantic Coast and Mountain Valley pipelines. State regulators have vowed to assess construction impacts and “ensure that water quality is maintained into the future.”

Van Rossum said in light of Friday’s decision, her organization is now keeping a close watch on Capitol Hill, particularly as an energy billmoves through the U.S. Senate.

“We expect to see increased pressure on members of Congress to explicitly strip states of their authority under federal law,” she said. “The ante is up.”

Mary Serreze can be reached at mserreze@gmail.com