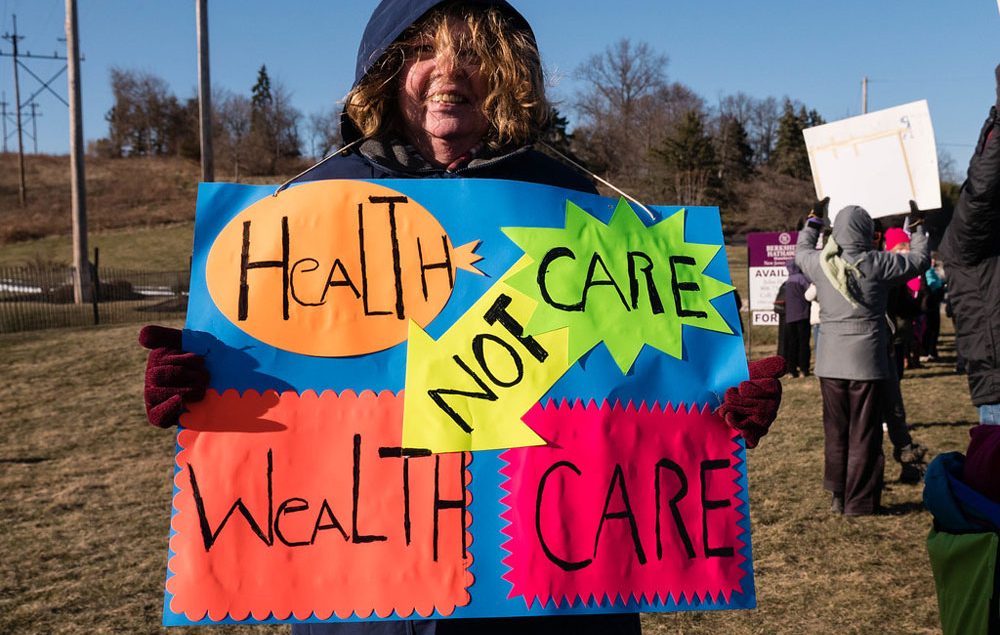 COVID-19 Exposes The Weakness Of Capitalism

A cornerstone of orthodox economics is the idea that capitalists’ decisions about investing and producing are inherently “efficient.” This means that capitalists select among all alternative courses of action those whose costs are minimal and whose benefits are maximal. Keeping costs to the lowest possible level while producing goods and services that yield the most possible revenue is what maximizes profit, the difference between costs and revenues. Capitalism, we are told, is the best system because it drives all those in charge of production (the owners and top executives of enterprises) to maximize profits and thus economic efficiency. Capitalists get profits, and the rest of us benefit from the efficiency of production within a capitalist system.

COVID-19 exposes the sham of orthodox economics. It was not profitable for capitalists to produce and stockpile adequate quantities of tests, masks, gloves, beds, etc., to be prepared for the virus. Given the costs to produce these commodities, there was no way of knowing how long they would need to be stockpiled before there would be a demand for and purchase of them. Stockpiling costs. So do monitoring stockpiles for deterioration and replacing deteriorated stocks or insuring against deterioration. There was, in short, no way to know (and thus be able to calculate) the costs in the manner fantasized by orthodox economics.

Likewise, there was no way for capitalists to know or calculate the prices they might receive for selling the commodities they might stockpile. If no major disease arrived, revenues might be very small and take a long time to materialize. If a pandemic arrived, high prices might be charged, but when? If a national emergency brought in the government as the single buyer of such commodities (then delivered freely to the people in need), the prices would likely be much lower. If the United States cooperated with other countries on producing and distributing these commodities, and if such cooperation included pricing, that too would impact revenues from selling them. In short, capitalists cannot know or calculate revenues in the manner fantasized by orthodox economics.

Capitalists in general—and U.S. capitalists in particular—calculated that profits would be greater in other investments than those that could have produced the items needed to prepare for and contain COVID-19. The results (negative revenues) of having inadequately prepared and inadequately contained COVID-19 far outdistance whatever it might have cost to make adequate preparations. Efficiency in dealing with the pandemic was not what capitalism achieved: quite the opposite.

Most orthodox economics textbooks—those actually used now in most college and university economics courses—teach the simple-minded cost-benefit or cost-revenue “model” as if it captured capitalists’ decision-making. Profit-maximizing capitalism is thus justified, as “efficient” society gets the most return for the least effort. The magical sleight of hand here requires that students be told that the model captures the essence of what capitalists actually do.

But that is false. The model captures nothing of the irreducibly unknown and unknowable in both costs and revenues. Instead, the model blithely assumes the opposite, that costs and revenues are in general knowable and known. Only then can the textbook claim that capitalism is efficient. And that is the point of the model and of the textbook: to justify and rationalize a capitalism that would otherwise risk the exposure that COVID-19 now performs.

Actual capitalists know perfectly well how they must constantly guess about costs and revenues, how their guesses are often wrong, and how the fortunes of their enterprises rise and fall as their guesses encounter realities. The difference between economics textbooks and capitalist reality explains the difference between academic departments of economics and “business schools.” Most U.S. universities include both. They don’t have two history or anthropology or English departments. There is a reason for two separate faculties: In economics departments, capitalism is justified and rationalized by “models” such as those based on calculating costs and benefits. In business schools, the models are mostly ignored in favor of examining how to run actual businesses confronting irreducible unknowns (not only in costs and revenues but also in personnel management, enterprise organization, and financing).

One desperate effort of orthodox economics to banish the unknown from their models is worth considering because it seems to have persuaded some. They can admit that the costs and revenues they refer to are not known for certain, but that the “probability” of specific costs and revenues occurring can be known. We can then speak, they tell us, of costs and revenues that are 50, 30, or 1 percent certain, and that can then allow for efficient capitalist decisions based on the known probability of outcomes.

This is yet more magical sleight of hand. Simply put, to know the probability of any specific cost or revenue requires that we know the full range of possible costs or revenues and how frequently each specific cost occurs (how costs are “distributed” across all possibilities). But that is precisely what is not known or knowable. Poor capitalists: in fact, they can know neither what their costs and revenues are nor what all the possible costs and revenues might be nor what probability attaches to each of them. Uncertainty and unknowability are irreducible; they always were.

Thus capitalism does not generate, let alone guarantee efficiency. It’s all a mirage of ideological justification. Capitalism serves capitalists first and foremost. That minority occupies or selects the occupants of most of the dominant positions in society. In this they are like the masters and lords in slave and feudal societies. In those societies, the self-justification of their dominant minorities concerned their physical, mental, or moral superiority and/or their special relationship to God or Gods. Capitalist societies that broke from slave and feudal predecessors also rejected those systems’ self-justifications. Capitalism had to find a different kind of self-justification.

It found one: the fantasy of “efficiency” as guaranteed by capitalists’ profit maximization. We are all supposed to bow down to capitalism the way our ancestors bowed down to slave masters, feudal lords, and kings. COVID-19 exposes what is at stake in continuing to believe in this fantasy.

For centuries, capitalists undertook investments that were “profitable” only because they did not know (and thus miscounted or ignored) all the ecological costs entailed. It was capitalists who moved enterprises from one part of the world to another for higher profits who did not know (and thus did not take into account) the social and human costs involved. It was capitalists who found more profitable investments than to prepare for and stockpile the needed protective equipment to defend public health against COVID-19. They did not know either.

Moreover, it was partly belief in the fantasy—that private profit-driven enterprise is the “most efficient” economic system—that hobbled governments around the world. They did far less than they could and should have done to compensate for capitalism’s failures adequately to prepare for or contain the virus. Across the globe, the more entrapped in that fantasy (as in the U.S., the UK, and Brazil), the worse the death and destruction of COVID-19. Where entrapment was less (as in New Zealand, Vietnam, and Japan)—sometimes because of competing traditional values not or not yet displaced by the capitalist fantasy—death and destruction were minimized.

A positive outcome of the coronavirus disaster would be a wider appreciation that liberating ourselves from capitalism requires rejecting its self-justifying ideology of efficiency.