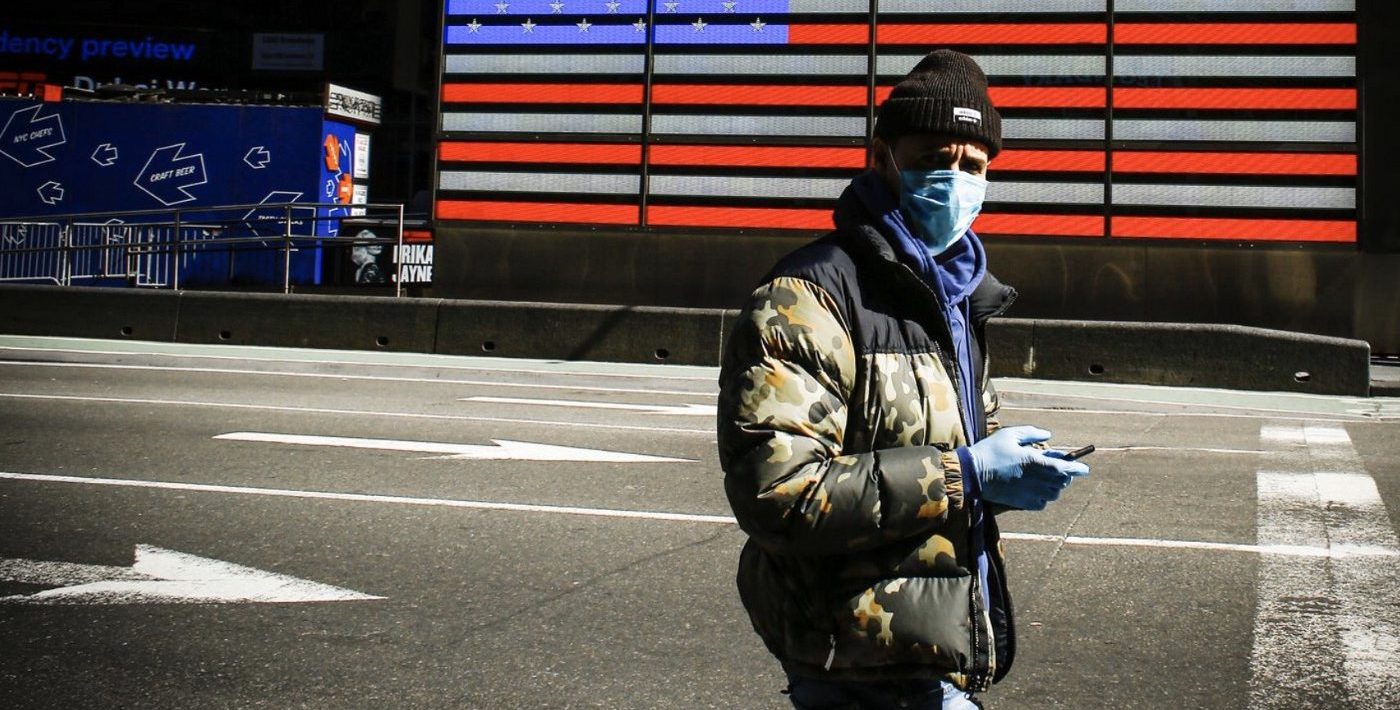 Covid-19 Is Bringing Us Into A Hyper-Surveilled, Highly Policed Fascist Dystopia

Look out my window, what do I see
A crack in the sky and a hand reaching down to me
All the nightmares came today
And it looks as though they’re here to stay
-David Bowie

We must understand that the crisis we’ve entered into will never end, at least not for as long as our neoliberal capitalist system isn’t replaced with a socialist model. In the U.S., as well as the other countries where austerity has wrecked healthcare systems, Covid-19 is going to cause societal disruptions for years as the virus partially subsides and then regrows. So will be the case for the other pandemics that are sure to emerge in the coming years due to global warming and ecological degradation. This is aside from the collapse of the economy, which is going to put the capitalist world in a general state of crisis throughout the coming years and decades.

Amid this new normal where the U.S./NATO empire is fighting a war on viruses, in addition to a war on terror, a war of great power conflict with Russia and China, a war on immigrants, a war on dissent, and a war on communism, the repression we’ve seen during these last two decades since 9/11 will look mild compared to what’s coming next. And the fact that this war pertains to a serious threat will make it all the more easy to manufacture the compliance of the public.

Already, numerous governments have exploited the virus to take away a staggeringly long list of freedoms, one that grows by the week. Since the beginning of March, Denmark has made vaccinations mandatory, Britain has put its armed forces on standby to help the police with arresting people who defy the quarantine, the U.S. military has formed plans to counter “civil disturbances,” Twitter has begun removing “harmful” news about the virus, Israel has imposed a personal monitoring system of people, the U.S. Justice Department has asked judges to indefinitely detain people (and then asked Congress to make these new detention powers official), and the president of the Philippines has ordered police to shoot people who defy the quarantine.

These measures are giving law enforcement institutions and individual police officers opportunities to test how far they can go in targeting individuals. Tear gas, beatings, and bleach have become more normalized as policing tools, in addition to the militarized and extreme solution that the police of the Philippines have embraced. The U.S. government’s military/intelligence led response to the crisis, which Mike Pompeo described last month as a “live exercise,” has helped open up additional potential for expanding social control. Jared Kushner’s team has sought to create a national Covid-19 surveillance system, which would build upon the universal digital surveillance network that’s been built since 9/11.

The question for political activists and journalists is how much these and future measures will be used to suppress dissent. The Internet is becoming more constrained by political censorship, Washington and other governments are gaining more powers to arrest people, and governments are watching the populous more closely. Putting aside the legitimate risks of gathering in large groups at the moment, the quarantines have also effectively made protesting illegal. There’s no doubt that the world’s capitalist states, which have been largely besieged by anti-neoliberal protest movements in the last year, are grateful for this.

The next step in the shift towards fascism is a suspension of elections and a disempowerment of democratic institutions. Bolivia’s far-right coup government has delayed the country’s next presidential election because of Covid-19, helping with the regime’s attempts to intimidate the socialist opposition. Hungary’s Orban has used the crisis to solidify his place as a dictator, canceling elections and taking away the authority of the parliament. His government can also now arrest anyone judged to be spreading dangerous information.

Not all other capitalist countries will become autocracies in the next few years, but the already established means of policing, surveillance, and censorship will be used to enforce a drastically changed political and economic situation. This will be a situation where wealth inequality is much greater, the military has a larger role in domestic law enforcement and policymaking, and corporate monopolies exploit an economy that’s melted down.

At the same time that tens of millions of people have lost their jobs, the Federal Reserve has been re-bailing out Wall Street with trillions of dollars. The Trump administration has moved to privatize schools, indefinitely suspended environmental rules, and taken other steps to exploit the crisis towards dismantling checks on corporate power. The trajectory of American capitalism, as Pepe Escobar has written, indicates a series of far more drastic changes:

The game ahead for the elites, taking advantage of the crisis, might well contain these four elements: a social credit system, mandatory vaccination, a digital currency and a Universal Basic Income (UBI). This is what used to be called, according to the decades-old, time-tested CIA playbook, a “conspiracy theory.” Well, it might actually happen.

Similar things are happening in the other places where crisis capitalism can benefit from the crisis, and it’s exacerbating the rapid decline in living standards that’s occurring among the lower classes. In the coming years, as the economy continues to collapse, the loss in rent money that many people are experiencing will prove to be only the beginning of what poor and working people will get subjected to. Homelessness, hunger, lack of access to transportation, mental distress, and lack of access to medical care will become present for a lot more people as everyone but the super rich lose their financial stature.

As class discontent rises, the security state will move America closer to martial law. Protests will continue to become more restricted, whether or not there are health risks. Journalists and activists will come under an atmosphere of increasing intimidation. The Trump White House’s militarized ICE raids, which have lately been conducted in violation of sanctuary city laws, will set the precedent for similar extrajudicial roundups against dissidents.

The supreme rulers of this dystopia will be the corporations that have maneuvered to survive the economic unraveling and consolidate their control. Any big banks that don’t go under will likely become the most powerful financial monopolies in history. Defense contractors, private prison companies, and the other entities that profit from society’s militarization will take advantage of the increased imprisonments and deportations. Big pharma will naturally also be a benefactor.

Capitalism is going into survival mode, and until the U.S. government is overthrown in a proletarian revolution, poor and working people will be treated as resources to sacrifice in order to perpetuate the system. As John Whitehead has written:

Welcome to a repeat of the post-9/11 government crackdown, except it’s happening at a much later point in the decline of the U.S. empire. The American capitalist class, beset by growing dangers of unrest and a rapid loss of global U.S. influence, is working to turn the empire inward. Our near future is falling living standards, disappearing freedoms, and a ruling class effort to keep us complacent by stirring up anti-Chinese war fever.