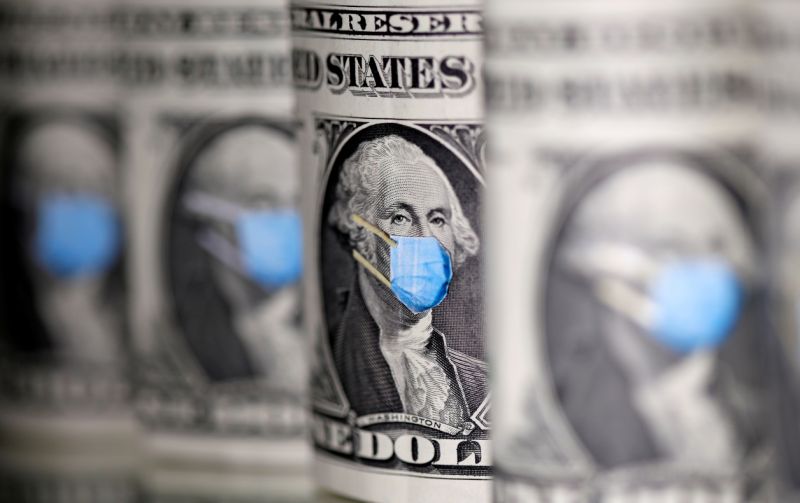 While corrupt elected officials and elites feed at the public trough, the economic collapse is hitting people in the United States hard. According to the newly released Bureau of Labor Statistics figures 47.2 percent of working-age people are without work and businesses are finding it impossible to pay their rent or keep their employees. The basic ability to feed children is in crisis, as nearly 14 million children in the United States went hungry in June, an increase of 10 million since 2018, and nearly three times the number of children who went hungry during the Great Recession, according to an analysis of Census data.

“Nearly half of U.S. households’ incomes have declined during the pandemic, with survey data showing both low-and high-income households being affected at about the same rate. For the week ending July 4, 1.3 million Americans filed for unemployment benefits. Evictions are expected to skyrocket with 23 million people possibly facing eviction by September. “

The impact of the economic collapse will hit even harder in the week of July 25, when the temporary weekly increase of $600 in unemployment benefits enacted in the CARES bill ends.  There is strong opposition in Congress and the White House to continuing those benefits. The moratorium on evictions from federally subsidized housing will also end that week. The Census Bureau Household Pulse Survey found 30 percent of renters had little or no confidence that they could meet housing payments next month.

Amidst this crisis for most people, the investor class is doing well as the US stock market closed in June with one of the best quarterly rises in history. This is not surprising as the Federal Reserve and Treasury have funneled trillions to the wealthy. Pandemic capitalism is highlighting the wealth divide and the corruption of government working in cahoots with the super-wealthy. 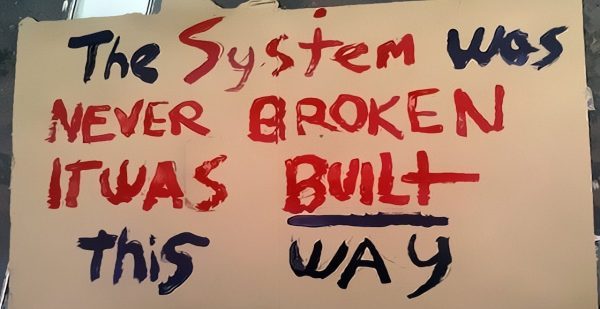 The Rich Got Bailed Out, We Got Sold Out

While the government sought to hide where pandemic bailouts under the Paycheck Protection Program (PPP) were going, it is now being exposed. The PPP loans were intended to help small businesses maintain their payroll with loans that are fully forgiven if at least 60% of it is used on payroll costs. Recipients were kept secret, but public pressure forced them to release the information. The government is only releasing information on grants over $150,000. News agencies have filed suit to release all the information.

The self-dealing and corruption of big donors, members of Congress, the president and their families and friends are being exposed. These people are getting the bailout funds while others without those kinds of connections are suffering. Or, as Esquire mockingly described, the list of recipients  “was stuffed to the gunwales with fatcats, friends of fatcats, deadbeat fatcats, fatcat-financed organizations, and fatcats with political influence.”

Bailout Dollars Go To Elected Officials, Their Families, and Associates

The Washington Post reports Elaine Cho, the wife of Majority Leader Mith McConnell (R-KY) received aid, “Among some of those receiving relief were Transportation Secretary Elaine Chao’s family’s shipping business. In addition, at least seven members of Congress or their spouses received loans, including lawmakers who were directly involved in shaping regulations and also benefited from a blanket waiver of ethics concerns.”

KTAK Corp., a Tulsa-based operator of fast-food franchises owned by Rep. Kevin Hern (R-Okla.) received between $1 million and $2 million, according to the Post.  Further, Rep. Mike Kelly (R-Pa.) benefited when three of his car dealerships, located outside of Pittsburgh, received a combined total of between $450,000 and $1.05 million. Several plumbing businesses affiliated with Rep. Markwayne Mullin (R-Okla.), all based in Broken Arrow, Okla., each received between $350,000 and $1 million.

The Fiscal Times reports, “Among the lawmakers who own or have other ties to businesses that received loans are Republicans Reps. Rick Allen (GA), Vicky Harzler (MO), Kevin Hern (OK), Mike Kelly (PA), Markwayne Mullin (OK) and Roger Williams (TX) as well as Democratic Reps. Matt Cartwright (PA), Susie Lee (NV) and Debbie Mucarsel-Powell (FL). A company tied to the husband of House Speaker Nancy Pelosi (D-CA) got a loan of between $350,000 and $1 million.”

Forbes reports that West Virginia Governor Jim Justice, a coal-mining tycoon, pulled in millions for his businesses. His Greenbrier resort in White Sulphur Springs took a PPP loan ranging from $5 million to $10 million. His Greenbrier Sporting Club, a membership club that touts “luxury living,” infinity pools and more took a loan of $1 million to $2 million in April.

ProPublica reports “Businesses tied to President Donald Trump’s family and associates stand to receive as much as $21 million in government loans designed to shore up payroll expenses for companies struggling amid the coronavirus pandemic.” This includes a hydroponic lettuce farm backed by Dobald Trump, Jr. the president’s eldest son of at least $150,000.

Further, “several companies connected to the president’s son-in-law and White House adviser, Jared Kushner, could get upward of $6 million.” ProPublica reports on Kushner-related grants, “The New York Observer, the news website that Kushner ran before entering the White House and is still owned by his brother-in-law’s investment firm, was approved for between $350,000 and $1 million, data shows. A company called Princeton Forrestal LLC that is at least 40 percent owned by Kushner family members, according to a 2018 securities filing, was approved for $1 million to $2 million. Esplanade Livingston LLC, whose address is the same as that of the Kushner Companies real estate development business, was approved for $350,000 to $1 million.” They also report that “up to $2 million was approved for the Joseph Kushner Hebrew Academy, a nonprofit religious school in Livingston, N.J., that’s named for Jared Kushner’s grandfather and supported by the family.

It is not just Trump’s family, the Post reports, “At 40 Wall Street, an office building Trump owns in Lower Manhattan, 22 companies received loans, for a combined total of at least $16.6 million.” Similarly, tenants at Trump hotels received millions, e.g., “Triomphe Restaurant Corp, which operates the Jean-Georges restaurant at the Trump International Hotel on Central Park West, got between $2 million and $5 million. Sushi Nakazawa, a restaurant in the Trump D.C. hotel, received between $150,000 and $350,000 to support 22 jobs, according to the data.”

Also, Trump friends and associates such as “Albert Hazzouri, a dentist frequently spotted at Mar-a-Lago, asked for a similar amount. A hospital run by Maria Ryan, a close associate of Trump lawyer and former mayor Rudy Giuliani, requested more than $5 million.”  A Trump lawyer also received millions: “a Manhattan law firm whose marquee attorney has fiercely defended Trump for almost two decades. Kasowitz Benson Torres LLP — whose managing partner, Marc Kasowitz, was at one point the president’s top lawyer in the special counsel’s Russia investigation — was set to receive between $5 million and $10 million from Citibank.”

Trump media allies got PPP funding. Bipartisan Report wrote, “The conservative online media outlet founded by Trump confidante and FOX News host Tucker Carlson, the Daily Caller received as much as $1 million. Carlson sold his stake in the company on June 10. And, Newsmax, the Conservative TV network and website owned by another presidential confidante, Christopher Ruddy, got a loan worth $2 million to $5 million.” 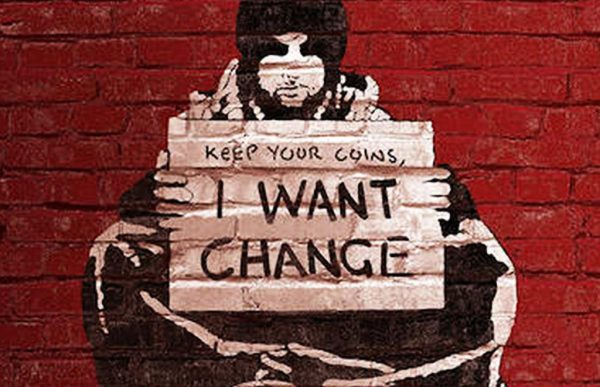 End Socialism For The Rich

Bailout business “socialism” would be something you’d expect libertarians and small government anti-tax advocates to oppose; however, among the recipients of PPP funds was Grover Norquist who wants the government to shrink “to the size where we can drown it in the bathtub.” His organization, Americans for Tax Reform took $350,000. The Ayn Rand Institute, The Center for the Advancement of Objectivism, which advocates  “laissez-faire capitalism,” took $1 million in PPP funds. Its board member, Harry Binswanger, said they would take the money because “the principle here is justice.”

In fact, if the principle was justice, then this kind of hypocrisy and corruption would be stopped and a program to help the vast majority of people who lack economic security, and the small businesses that will be unable to survive the economic collapse would be the recipients of this kind of funding.  This is the second time in a decade that the government has had to bail out capitalism with trillions of dollars. Maybe it is time for economic democracy, an economy that serves the people, not the wealthy.

As Richard Wolff writes, “Capitalism serves capitalists first and foremost.” That’s why recovery from the COVID19 pandemic and the current recession require changing the economic system to one that puts people and the planet over profits. There are efforts to make that a reality by creating worker-owned cooperatives, participatory budgeting and public banks. Some communities are organizing mutual aid including solidarity gardens where the food produced is given to communities in need and there are programs to donate stimulus checks to people without incomes.

If there was ever a time to build a different world, that time is now. Ajamu Baraka explains, “The current ongoing capitalist crisis has created the most serious crisis of legitimacy since the collapse of the capitalist economy during the years referred to as the Great Depression.” He urges us to keep the focus on class and race so we cannot be divided and to have a broad lens to connect what is happening at home to what the US does abroad. We must also recognize how the state will try to coopt and water down our demands. Change is coming. What it looks like is up to us.

July 16 – The Embassy Protection Collective hosts the “Strengthening Solidarity between Social Movements in Venezuela and the US” meeting via Zoom at 2:00 pm. Click here for more information.