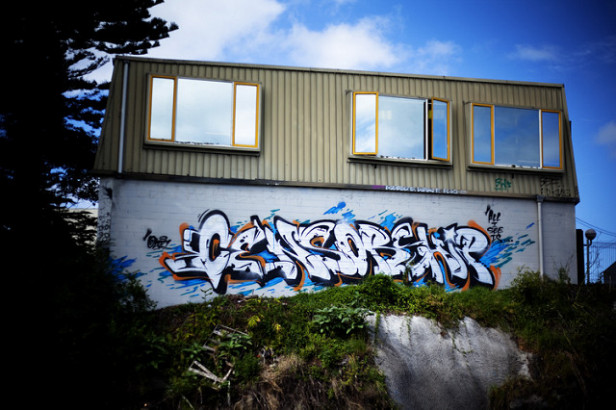 We have seen our readership drop significantly because of the attack described below on progressive independent media. KZ and MF

An insidious assault is underway against alternative media on the internet. Leftist and progressive websites have been suffering significant declines in traffic. Some have had online income sources cut. Many others have been publicly defamed.

Who is behind this onslaught? Must be Trump and the Republicans, right? Nope. It was started by the Democratic leadership during the 2016 election campaign and is being executed by liberal-leaning tech giants, mainly Google and Facebook. Essential to the fight has been the mainstream media, which has been doing what it does best: fanning the flames of fear.

Lest you think I am painting a picture of a tightly-organized, top-down conspiracy here, let me assure you that I am not. Some right-wing alternative media outlets have been doing so, because they too have been attacked by the same parties and that’s where they go with it, but they miss key aspects of the big picture. (I.e., anyone who believes Obama was a Marxist has a lot to learn!) By naming the Democratic leadership, tech companies and mainstream media, I am merely pointing at participants, not describing a cabal, though they are certainly united in the common concerns of their class.

The trouble started about a year ago, just after the election, when the “fake news” meme suddenly surged through mainstream media channels. Allegedly, fake news stories had been planted in social media by Russians in order to help Trump win the election. This was the line being peddled by the defeated Clinton staff and much of the mainstream media enthusiastically took it up. At the time, I predicted that this meme would be used to attack alternative media sooner or later.

In December, the Washington Post published a hit piece sourced almost solely on the unsubstantiated claims of a shadowy, anonymous organization called “Prop or Not,” which listed 200 alternative media outlets from across the political spectrum as purveyors of Russian propaganda. What this diverse collection actually had in common was that none were friends of the Democratic Part. They became the prime targets of a rapidly developing witch-hunt that continues to the present day. (This Washington Post article was well-skewered at the time by Joshua Frank: “CounterPunch as Russian Propagandists: the Washington Post’s Shallow Smear”)

Then, in April ’17, Google implemented ‘Project Owl,’ ostensibly aimed at reducing the prominence of “fake news” in its searches. The program utilized “algorithmic updates to surface more authoritative content” (there’s some technonewspeak!) and to downgrade “offensive” material. In the weeks that followed, many leftist and progressive websites saw double-digit percentage declines in the traffic referred to them from Google searches. Among these were Alternet (-63%), Democracy Now!(-36%), Common Dreams(-37%), Truth-Out (-25%), The Intercept (-19%) and Counterpunch (-21%). The steepest decline was experienced by the World Socialist Web Site (wsws.org), whose search traffic fell by two-thirds.

David North, director of wsws.org, didn’t mince words about this state of affairs:

There is no innocent explanation for the extraordinarily sharp fall in readers, virtually overnight, coming from Google searches. Google’s claim that it is protecting readers from ‘fake news’ is a politically motivated lie. Google, a massive monopoly, with the closest ties to the state and intelligence agencies, is blocking access to the WSWS and other left and progressive web sites through a system of rigged searches.

“The actions of Google constitute political censorship and are a blatant attack on free speech. At a time when public distrust of establishment media is widespread, this corporate giant is exploiting its monopolistic position to restrict public access to a broad spectrum of news and critical analysis.

Facebook has been accused of “censoring” alternative media as well in its efforts to suppress “fake news,” and it, too, is using algorithms for the first pass on uploaded content. Humans raters are involved on further identification and labeling, but considering the sheer mass of posts to that platform, their participation must relate to only a tiny minority of the content that is affected.

Youtube, which is owned by Google, is also utilizing algorithms but for the purpose of deciding which videos are eligible to be “monetized,” which is to say, which videos can generate revenue for their creators by featuring advertising, usually as a short clip before the main feature. Over the last year, countless videos and many channels have been “demonetized” in a process that has raised the ire of many creators and viewers. Accusations of political bias have been common.

Some would argue that it’s only “censorship” when the government does it. However, in these days of digital dominance by a small number of entities with near monopolies, I think the discussion is different. As Thomas Knapp recently asked in CounterPunch, when it comes to social media, “When Does ‘Actively Working With the Government’ Become Censorship?” He writes:

At what point does ‘actively working with the government’ and ‘partnering with public authorities’ cease to be private, albeit civic-minded, market activity and become de facto government activity? Or, to put it differently, when does it cease to be merely ‘you can’t talk like that in my living room’ (exercise of legitimate property rights) and start becoming ‘you can’t talk like that, period’ (censorship)? My own answer: When Mark Zuckerberg starts using the phrase ‘actively working with the government’ as if that’s a good thing, we’re well into the danger zone.

There is little recourse that can be sought with any of these media giants by those who have been algo-ed out, whether they are individual creators or alternative media organizations. Sure, each corporation has an appeals process, but a quick search on the topic turns up a load of angry stories about content that is disappeared or demonetized that can’t be brought back or remonetized.

On the use of algorithms by Google to rank search results, the New York Times stated: “Google said hundreds of factors go into its search algorithm and the formula is also constantly evolving. The company said it conducted 150,000 search experiments and implemented 1,600 changes last year. This is why it’s hard to pinpoint exactly why search traffic plummets for a site like the World Socialist Web Site.”

Here, the Times was playing its usual role of trivializing accusations of bad behavior by conventional power brokers and marginalizing their accusers. However, in this case they also unwittingly revealed how the use of algorithms is eroding human responsibility. By placing the blame on the complexity and ever-changing nature of the algorithm, all the individual people at Google are excused, from programmer to rater to CEO, to say nothing of partners and stockholders. In other words, algorithms are making for a cowardly new world.

But is the Times just being coy? Who says “it’s hard to pinpoint exactly why search traffic plummets” for a particular site? The Times or Google? The way the sentence is written, it is not at all clear. And is it even true? If someone with the technical knowledge to understand the algorithm sat down and went through it, would they really not be able to figure out how wsws.org has been so consistently omitted? I have my doubts about that and I suspect that the Times is eliding this point due to their own institutional bias.

These issues exist in a wider context than media. The accusations of “fake news” and attacks on alternative media have gone hand-in-hand with the larger anti-Russian campaign that the Democrats have been waging since at least early 2016 (and which is nothing new in US history). Recall that in mid-2016, when Wikileaks released damaging information about the Democrats and Clinton’s campaign, the party’s reaction was to accuse Wikileaks of working with the Russians who, they alleged, had hacked into their computers. This fabrication has survived to the present day despite its nakedly partisan tone and its sound debunking on technical grounds and despite the fact that Wikileaks has released many thousands of documents critical of the Russians, too.

For whatever reasons (perhaps at the behest of John Brennan, suggests Mike Whitney), the Democratic leadership has been working to manufacture anti-Russian sentiment in the U.S. population. I have personally found this alarming (and I haven’t been the only one). And if one has been interested in stories that call “bullshit!” on the Dems and their neo-McCarthyite Russiagate conspiracy theories, the only place to go has been the alternative media. The same alternative media now under assault. Hmm. How about that?

Not all alternative media is created equal, though, and unfortunately, the right wing of it has been giving far more attention to this story of how marginal voices are being squashed by the corporate tech giants. For example, in researching this article, I found precious few voices port-side of the Dems who were tackling this narrative, though some of them are of very high quality, such as Robert Parry at Consortium News , Mike Whitney at CounterPunch and the Intercept. Real life muckrakers, they are.

Writes Bill Boyarsky at TruthDig: “There’s a difference between muckraking and fake news. Determining the difference is too difficult for a computer, even one with the smartest kind of artificial intelligence.”

Of course, the technophiles might counter that it’s just a matter of time until artificial intelligence is “smart” enough to know, but that claim would ignore the basic rule that computing has always followed: garbage-in/garbage-out. In this case, the garbage-in is bias, and given the parties involved, the particular bias is not difficult to describe: politically moderate, socially liberal, and unquestionably capitalist. Which is what the alternative media ain’t, by definition.

I appreciated Boyarsky’s article, but the fundamental issue is not technological, it’s social. In this day and age, most people, including most people working at big tech companies, can’t determine the difference between muckraking and fake news. They know when something sounds unconventional, though, and they flag that.

So it is dark times for alternative media, and getting darker. I can see that I must dedicate more time and energy to supporting alternative media in whatever ways I can. I urge you, dear reader, to do the same.

To do otherwise is to be subservient to a set of mainstream values and institutions that not only obfuscate facts and reality but which are also the driving forces behind war and ecocide. In these times the stakes are high; too high for partisan loyalties and wishful thinking. The only voices speaking truth are those on the fringes and we must amplify them however we can.

+ Read/view alternative media stories and share them in whatever venues you can.

+ Stop consuming mainstream media and stop posting links to it.

+ Stop using Google as your search engine; I recommend DuckDuckGo. You will be surprised at how much you’ve been missing.

+ Become the media: take your own photos or video and write up stories yourself for whatever outlet will take your work, even if that’s only your own blog.