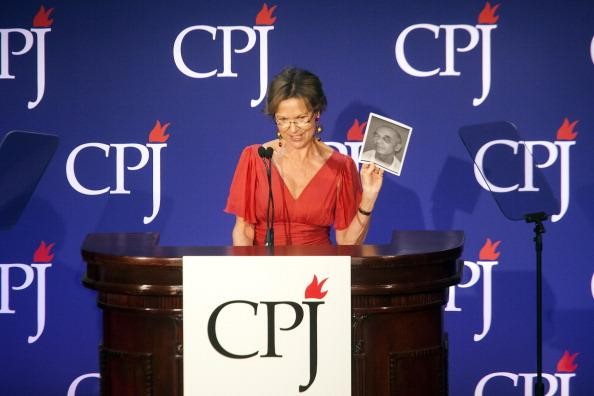 On Thursday CPJ launched its first comprehensive examination of press freedom conditions in the United States. The report, “The Obama Administration and the Press: Leak investigations and surveillance in post-9/11 America,” highlights the growing threat to reporting on national security and similar sensitive government issues. It was written by Leonard Downie, Jr., the former executive editor of The Washington Post.

CPJ determined that a systematic examination of these issues was warranted and commissioned Downie to ensure the report was thoroughly and carefully reported. We knew Len’s contacts, access, and reputation would be helpful in such an endeavor and that his integrity would ensure the report was comprehensive and fair.

Based on Downie’s findings, CPJ staff and board prepared a list of six recommendationsthat we have sent to President Obama. We have requested a meeting with the president to discuss our findings.

Given our 32-year history fighting for press freedom around the world, we believe CPJ can make an important contribution to the press freedom concerns and debate in the United States.

That we are speaking out now on U.S. circumstances suggests just how serious the situation has become.

The Obama administration’s determination to quash leaks, its aggressive prosecution of those who provided confidential information to the media, and its pressure on officials who interact with the press have created an environment in which the flow of information to the public appears to be compromised.

As a fledgling organization with limited resources, they determined CPJ should focus its attention on countries where journalists were most vulnerable and where CPJ’s advocacy could make the greatest difference. The need was not great in the U.S., and American media organizations had the resources to vigorously defend their interests against government intrusion.

Despite declining revenues, American media still have resources, and obviously journalists covering national security issues in Washington D.C. don’t face nearly the same pressures as those working in repressive states or conflict zones. But in the last several years some U.S. journalists have found it increasingly difficult to do their most important work.

CPJ has grown and evolved in its 32-year history. But one thing has not changed. Journalists continue to play a critical role in ensuring accountability within their own societies and across borders. In order to defend journalists on the front lines, CPJ believes it is our responsibility to speak out against government secrecy in the U.S. and for the rights of citizens to know as much as possible and debate the actions the government takes on our behalf.

Finally, CPJ’s work in countries where the media is restrained gives us a unique perspective on the current discussion in the United States around who is or is not a journalist and who should be protected under the proposed federal shield law. As we fight to protect journalists around the world, CPJ has always defined “journalist” broadly, by examining the news gathering process and the work of the individual rather than seeking credentials or employment status. So it also should be in the United States. Hence, in our recommendations we speak out for the broadest possible definition of journalist if a federal shield law is enacted.

We hope you find out report and its recommendations useful and we welcome your comments.

Sandra Mims Rowe was elected chairman of CPJ in 2011, having joined CPJ’s board of directors in 2003. Rowe was editor of The Oregonian in Portland, Oregon, from 1993 until January 2010. Under her leadership, the newspaper won five Pulitzer Prizes, including the Gold Medal for Public Service. She was the Knight Shorenstein Fellow at Harvard University during the 2010-2011 academic year.