On International Human Rights Day we look at the right to education. Tyler Paige is one of 11 students occupying a building at Cooper Union demanding that the college continue to offer free education. Students, faculty and alumni are united in this effort which is part of the global movement for the right to education. You can follow them on Cooper Union Student Action to Save Our School and Free Cooper Union Facebook page.   Lynn Petrovich, CPA and author of “Sticker Shock,” exposes the fraudulent practices of Sallie Mae and other corporate student lenders. And Danny Weil, author of over 7 books that exposes the financialization of education, the monetization of students, the collusion between government and corporations, Obama’s neo-liberal education agenda and what we can do about it.

Tyler Paige joined with ten other students to take over the Peter Cooper Suite at Cooper Union.  They occupied the suite for one week as part of a campaign to ensure future students get free tuition as has always been the tradition at Cooper Union. As they say on their website: “The Board of Trustees and the Administration at the Cooper Union for the Advancement of Science and Art are considering charging tuition at the school for the first time in 110 years. This website serves to document the actions and events current students have organized in response to this unfolding tuition crisis. We are organizing to make this issue as public as possible in order to not only bring attention to our own situation but also to the crisis of student debt in the U.S.”

Tyler Page is second from the left in the top row, with the other take-over students.

Lynn Petrovich is a CPA/MBA calls herself “The Green CPA”. She spends a lot of time volunteering her services in disadvantaged communities during tax time. She is the author of Sticker Shocl: On the illusions of hospital costs and accounting, which exposes the rip-offs of non-profit hospital accounting practices.

Danny Weil is a writer for Project Censored and Daily Censored. He received the Project Censored “Most Censored” News Stories of 2009-10 award for his article: “Neoliberalism, Charter Schools and the Chicago Model / Obama and Duncan’s Education Policy: Like Bush’s, Only Worse,” published by Counterpunch, August 24, 2009. He writes columns regularly for the Public Intellectual at Truthout.  Dr. Weil has published more than seven books on education in the past 20 years. You can also read much more about the for-profit, predatory colleges in his writings found at Counterpunch.com, Dailycensored.com, dissidentvoice.com and Project Censored.com where he has covered the issue of the privatization of education for years. He can be reached at weilunion@aol.com. His new book, an encyclopedia on charter schools, entitled: “Charter School Movement: History, Politics, Policies, Economics and Effectiveness,” 641 pages, was published in August of 2009 by Grey House Publishing, New York, and provides a scathing look at the privatization of education through charter schools. 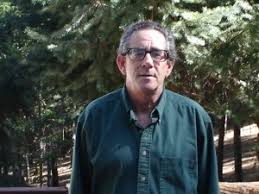 Article about the show:

Is Education a Human Right or a Privilege for the Wealthy?