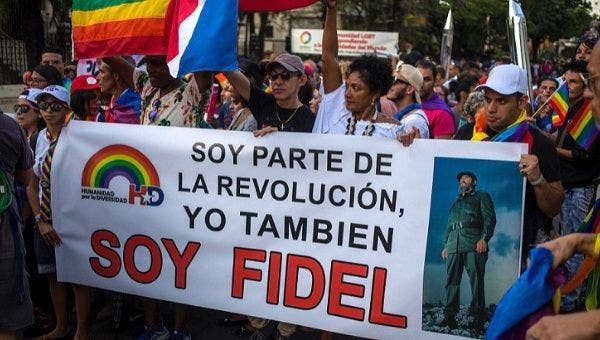 Besides Allowing Gay Couples To Marry Or Establish A De Facto Union Recognized By Law, The Code Will Allow Couples To Decide The Order Of Surnames That Their Children Will Bear.

On Tuesday, almost 7 million Cubans will start attending around 78,000 meeting points to discuss the Family Code approved by the Cuban Parliament (ANPP) in December.

They will carry out the discussions in 12,513 constituency electoral commissions, where the citizens will debate the contents of code’s articles. These debates will be recorded in physical and electronic records that will be sent to the electoral authorities so that they can aggregate and count citizen opinions according to specific issues.

Then the compilation made by the electoral authorities will be sent to Congress so that the lawmakers can submit a new version that will go to referendum before the end of 2022.

The new Family Code, which will replace the norm created in 1975, updates Cuban law by recognizing rights for different types of families. Besides allowing gay couples to marry or establish a de facto union recognized by law, the Code will allow couples to make pre-nuptial agreements and decide the order of surnames that their children will bear.

We resist and do not stop. We will have a new Family Code in which we will all be represented and all will have rights. This is Cuba, this is the Revolution. #CubaViveyVence pic.twitter.com/Xs12QXZYvt

On Jan. 27 and 28 the National Electoral Council (CNE) carried out a test to verify the organization and preparation of the consultation process as well as the computing system.

CNE Secretary Maria Bacallao said that over 15,000 lawyers plus 1,606 law students participated in the preliminary stage of the discussion of the Code’s draft.

After the publication of the call for collective discussion, President Miguel Diaz-Canel invited his compatriots to study the new Family Code and to actively participate in a process to expand citizen rights.

#Cuba #Omicron Cuba begins the process to get its vaccines WHO-approved pic.twitter.com/ZjSdFYd9gK