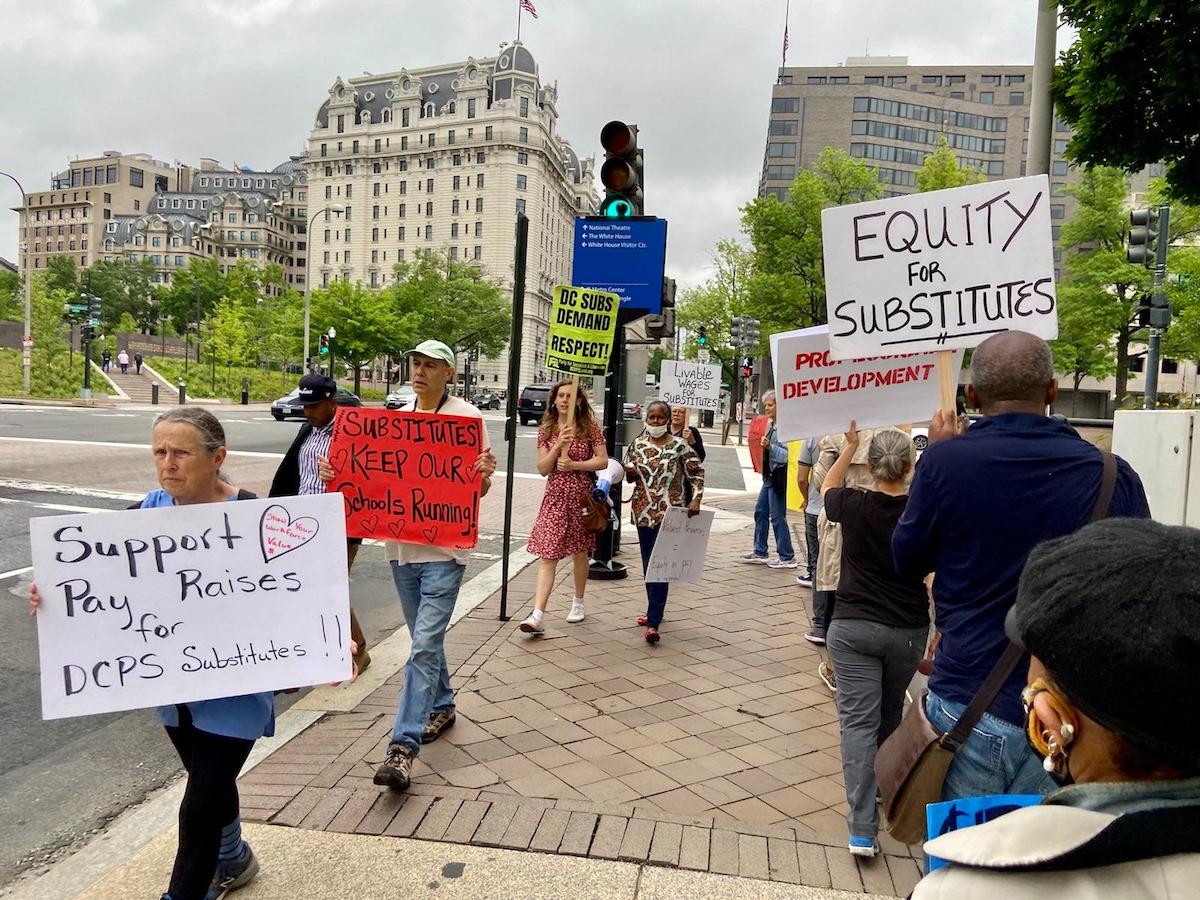 Substitute teachers in District of Columbia Public Schools have won their first raise in 14 years. This comes after five months of picketing outside D.C. government offices under the banner of Washington Substitute Teachers United, demanding higher wages and benefits amid rapidly rising costs of living in the city caused by gentrification.

Although having promised wage increases since February 2022, D.C. Mayor Muriel Bowser and Chairman of the D.C. Council Phil Mendelson blamed the delay on computer issues, which resulted in only a few substitute teachers receiving a raise. During the bureaucratic mess, Washington Substitute Teachers United decided the only way to win was to struggle and launched their weekly pickets outside the John A. Wilson Building, D.C.’s city hall. The Party for Socialism and Liberation joined them in this push, helping to organize a public pressure campaign online and in person, including an impromptu sidewalk meeting with Chairman Mendelson one morning as he passed the picket line.

“Teachers receive a higher salary, and some of their salary depends on how long they have been in the system,” a substitute teacher told Liberation News. “Teachers receive benefits, sick leave, annual leave, cost of living increases and substitute teachers do not … Before May 6, 2022, substitute teachers were paid $15 an hour beginning in 2008. Unfortunately, some of us received a $5 increase and some of us received a $10 increase solely based on the number of days a week we serve in the schools and not based on the quality of our work or experience.”

However, Washington Substitute Teachers United rejected this attempt at division and responded with a message of unity: “Keep fighting!”

When asked why, one D.C. substitute teacher told Liberation News, “I have seen protest/fights work since I was a teenager. One of the reasons I came to Washington, D.C. for college was to be around the people who were coming to D.C. from the Student Non-Violent Coordinating Committee, SNCC. Their fight was bigger than a pay increase. It was for human lives. In a sense, we are working for human lives as well. If people do not receive a living wage, they/we will suffer. Black people have been fighting in this country since we landed in 1619. We will continue to fight if we want to live, we are worthy.”

The District of Columbia ranks among the nation’s worst cities for rapid gentrification, as luxury development displaces one working-class Black community after another. The median rent in the city is $2,261 a month, meaning that to not be cost-burdened by your rent according to the Department of Housing and Urban Development, a resident would have to make $90,440 per year, or $43.50 per hour. This is unjust, and the fight for a livable wage by D.C.’s substitute teachers is also a fight back against the capitalist forces of displacement and community destruction.

D.C. substitute teachers have made it clear that struggle has brought these wins and only struggle will win their full demands.