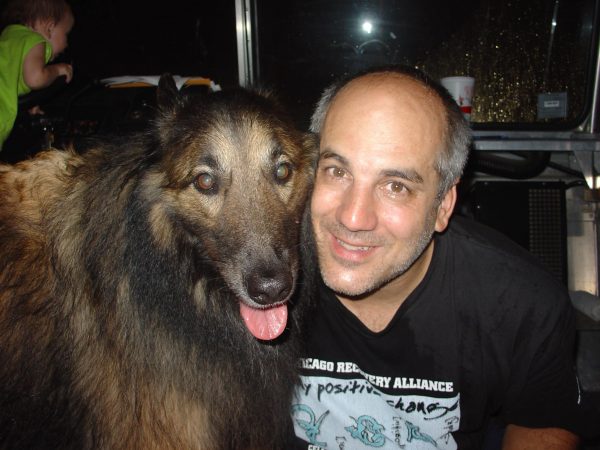 This morning, I received an email from the Harm Reduction Coalition, an organization on whose board I served in its early years. The group wrote to invite me to attend their annual meeting being held in New Orleans. An award ceremony was going to be held for the Harm Reduction Working Group, which I was part of. This was a group of people who were working to save the lives of people who use drugs by encouraging a different approach — rather than punishment and abstinence, giving people options to make positive changes in how they used drugs in order to protect their lives. 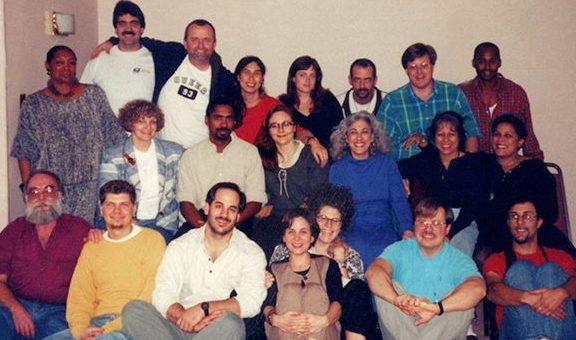 An early meeting of the Harm Reduction Working Group. Dan Bigg is in bottom row, third from the left. Kevin Zeese is in the top row, second from the right.

In the email, there was some very sad news. A colleague of mine, Dan Bigg of the Chicago Recovery Alliance, died on August 21 at his home. Bigg was at the forefront of bringing harm reduction into practice in the United States. The Fix called Dan “The Patron Saint of Harm Reduction” in a 2014 interview, and the Chicago Tribune described his work as “revolutionary.” The first few paragraphs of a Chicago Tribune article described his actions well:

“Dan Bigg didn’t worry about social norms or even the law when lives were at stake.

In the early 1990s, when he was a Chicago activist trying to stem the spread of HIV by distributing clean hypodermic needles, that activity was in a legal gray zone. He did it anyway. 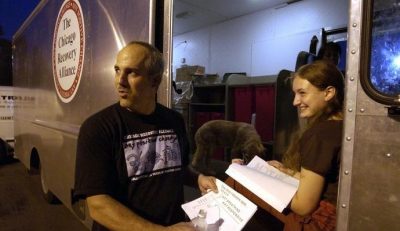 Dan Bigg and Petra Hranova of the Chicago Recovery Alliance chat with an addict outside the organization’s van. The van is loaded with clean syringes and other drug supplies that addicts can get in exchange for used syringes. (Phil Velasquez / Chicago Tribune, 2002)

A decade later, as heroin-related deaths began to surge, he pioneered the idea of putting the overdose-reversing medication naloxone into the hands of drug users and their loved ones. At the time, it was available only with a prescription, and some said making it readily accessible would encourage risky behavior. He did it anyway.

As a result of Bigg’s efforts, friends and colleagues said, thousands of people who would have died from infections or overdoses are still alive – a flesh and blood legacy of the ‘harm reduction’ philosophy Bigg helped to popularize.

Bigg, a co-founder of the Chicago Recovery Alliance, died at his home Tuesday. He was 59. The Cook County medical examiner’s office said the cause of death remains undetermined pending further tests.

‘I think he was really a creative revolutionary who was always looking out for people who were disenfranchised,’ said his wife, Karen Stanczykiewicz-Bigg. ‘He was very passionate about the health – not just physical health but emotional health – of people who were often overlooked and stigmatized, like active drug users.'”

Harm Reduction, when we began discussing it in the late 1980s, was foreign to US drug policy, which is hard line and punishment-oriented. It was rejected by policy makers and banned as a term by the DEA while it was saving lives in many parts of the world. At the Drug Policy Foundation (now the Drug Policy Alliance after merging with the Lindesmith Center), which I confounded, we brought people from Liverpool, England to talk about it. We also had speakers from Australia, the Netherlands, Switzerland and other countries. And, we featured people like Dan and other front line harm reduction workers who were conducting needle exchange and other humane practices even though it meant potential arrest. They were risking arrest to save lives. It was a necessary action despite the law.

I saw, when I went on the streets of Baltimore to provide sterile syringes before needle exchange was legal, how people who use drugs cared about their friends and family and did not want them to get HIV/AIDS or Hepatitis. Within minutes, people lined up to get sterile syringes for themselves and their friends. They wanted to protect their health and the health of others. It was a very human action, human in ways that people in power did not see injection drug users.

Bigg simply described harm reduction as “any positive change” as decided by the person involved. His work saved hundreds of lives. Bigg was given an award by the Lindesmith Center, the Norman Zinberg Award for Achievement in the Field of Medicine, for his life-saving work expanding access to naloxone, a drug that reverses the effects of an opiate overdose and his pioneering work in harm reduction and needle exchange. 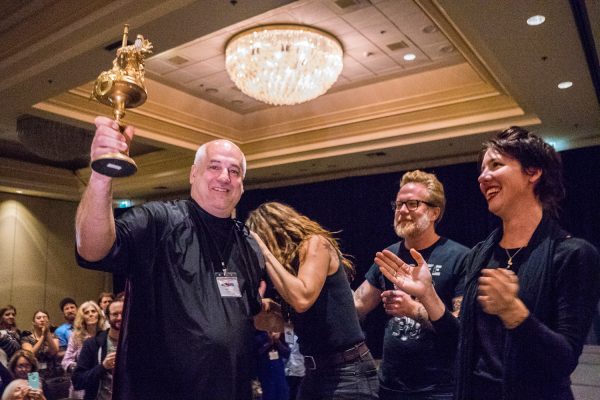 I came to understand harm reduction as helping people to come down from the top of a pole. The injection drug user who was sharing needles and using untested drugs was at the top of the pole using drugs in the most dangerous ways. Those who believed in the drug war told them to jump off the pole, waiting at the bottom would be narcotics police ready to arrest them. Harm reductionists would tell them, use your hands and legs to come down the pole just a little bit. That first step could be using a clean needle. Then the harm reductionist would say take another step down, and another and another and all along the way would be encouraging and offering a hug, human to human.

Now harm reduction is being accepted in the United States, still too slowly in this era of opioid deaths and more dangerous forms of synthetic drugs. Harm reduction is needed more than ever. I have moved on to work on many other fronts of struggle through Popular Resistance, which helps to build the movement for economic, racial and environmental justice as well as peace. I still work on harm reduction and ending the war on drugs. We report on harm reduction on Popular Resistance as well as on ending the drug war. I  continue to serve as President of Common Sense for Drug Policy which supports harm reduction and needle exchange programs, thanks to the leadership of its Co-Chair and Executive Director, Robert Field. Some of our other work, like putting in place National Improved Medicare for All, ending racist police enforcement and creating racial justice relates to harm reduction. I emphasize race because, as the Harm Reduction Coalition explains in its North Star Statement, The Harm Reduction Coalition creates spaces for dialogue and action that help heal the harms caused by racialized drug policies.

My promise to Dan Bigg and my colleagues in the ongoing harm reduction movement is that I will continue to work for more humanity in our drug laws and policies. The US continues to have harm maximization policies in its drug laws; those must be ended. Too many people treat drug users as subhuman and support policies that do harm, not good. We have made tremendous progress on many fronts of the drug war, thanks to Dan and so many others for their important work on these issues, but the drug crisis is worsening in too many ways and more work needs to be done.