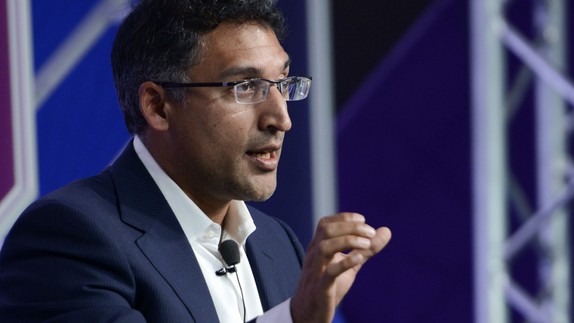 US High Court Sides With Corporate Giants Nestle And Cargill

A lawyer for six men who alleged they were victims of human trafficking said the corporations “should be held accountable for abetting a system of child slavery.”

Human rights advocates Thursday denounced a Supreme Court decision in favor of the U.S. corporate giants Nestlé USA and Cargill, which were sued more than a decade ago by six men who say the two companies were complicit in child trafficking and profited when the men were enslaved on cocoa farms as children.

The Supreme Court ruled 8-1 against the plaintiffs, saying they had not proven the companies’ activities in the U.S. were sufficiently tied to the alleged child trafficking. The companies had argued that they could not be sued in the U.S. for activities that took place in West Africa.

Neal Katyal, former acting solicitor general under the Obama administration, represented the two companies and also argued that they could not be sued for complicity in child trafficking because they are corporations, not individuals.

Writing at Slate last December, Mark Joseph Stern called Katyal’s position “radical” and “extreme,” detailing the nine justice’s skepticism about his defense of the companies—but the court ultimately sided with him. The plaintiffs, who are from Mali and say they are survivors of child trafficking and slavery in Côte d’Ivoire, filed their lawsuit under the Alien Tort Statute, an 18th century law which allows federal courts to hear civil actions filed by foreigners regarding offenses “committed in violation of the law of nations or a treaty of the United States.”

In recent years the Court has limited when the law can be invoked in court, arguing it cannot be used to file a lawsuit when the offense was committed “almost entirely abroad,” according to the New York Times.

Lawyers for the plaintiffs argued that Nestlé and Cargill have total control over the production of cocoa in Côte d’Ivoire, where child labor is widespread and where the men said they were forced to work long hours and to sleep in locked shacks at night.

The U.S. Department of Labor recently reported that the use of child labor on family farms in cocoa-growing areas of Côte d’Ivoire and Ghana increased from 31 percent to 45 percent between 2008 and 2019.

The corporations “should be held accountable for abetting a system of child slavery,” said Paul Hoffman, a lawyer for the plaintiffs.

The U.S. Court of Appeals for the 9th Circuit ruled in October 2018 that Nestlé and Cargill couldn’t avoid the lawsuits, but writing for the Supreme Court majority on Thursday, Justice Clarence Thomas said the plaintiffs had failed to establish that the companies’ conduct “occurred in the United States … even if other conduct occurred abroad” and that the companies made “major operational decisions” in the United States.

EarthRights International, which filed an amicus brief with the court on behalf of the plaintiffs, called the ruling “a giant step backward for U.S. leadership on international law and protecting human rights.”

Organizer Bree Newsome noted the irony of the ruling on the day the U.S. Congress passed legislation recognizing Juneteenth—the day Union soldiers arrived in Texas and informed Black people who had been enslaved that slavery had ended with the Civil War.

“In light of the U.S. Supreme Court’s refusal today to protect victims of corporate human rights abuses, it is imperative that Congress take action,” said Simons. “We call on Congress to clarify U.S. courts’ responsibilities to enforce international law, reassert U.S. leadership on human rights, and provide remedies to victims of the most serious human rights abuses by enacting binding legislation that holds corporations accountable for violating human rights.”