The FANG Collective targeted a TD Bank branch in downtown Boston early Thursday, shutting down operations there for over two hours. Two activists used bike locks to lock their necks to the door handles at the entrance of the bank, while two other people connected to them with lock boxes. Police, swat teams and fire fighters arrived at the scene and spent hours cutting through the lock-boxes and bicycle locks. All four people were eventually extracted and arrested.

Afterwards a firefighter said to the crowd that he was happy that this protest wasn’t about Trump.

You can directly support the NoDAPL Solidarity movement here. 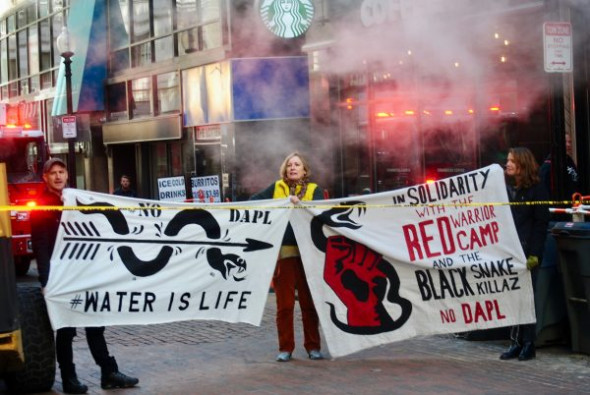 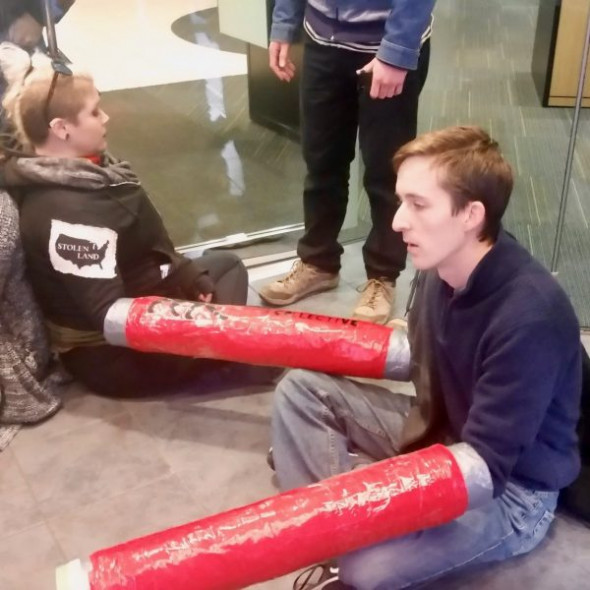 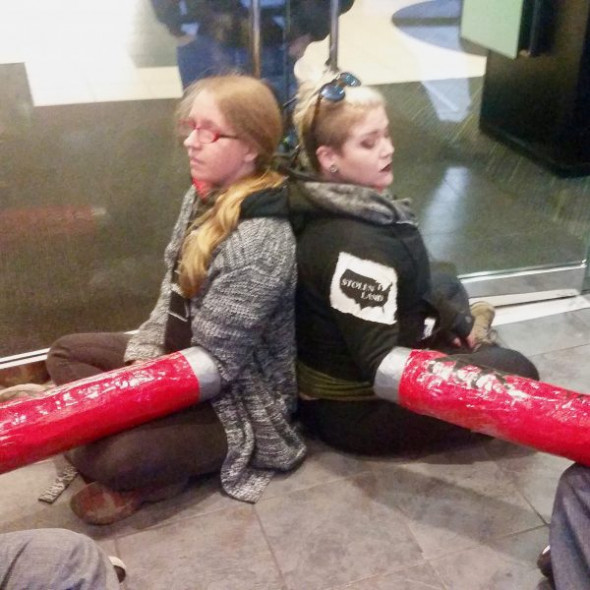 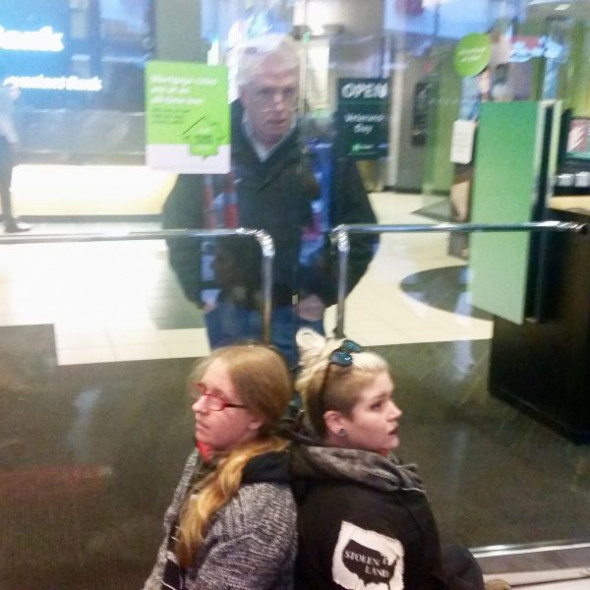 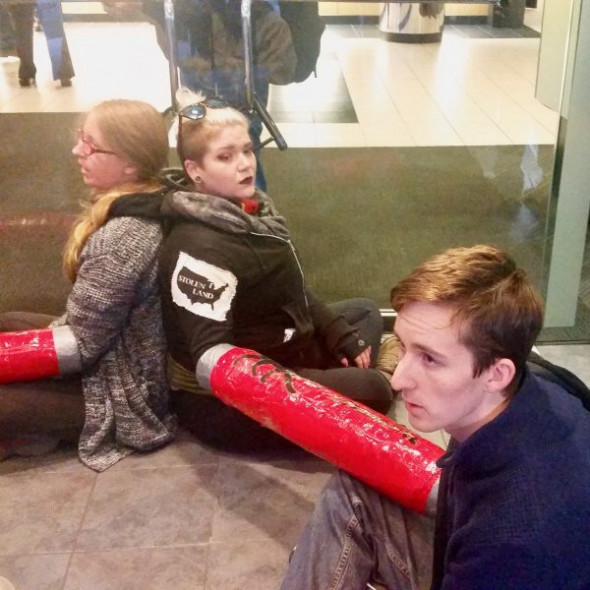