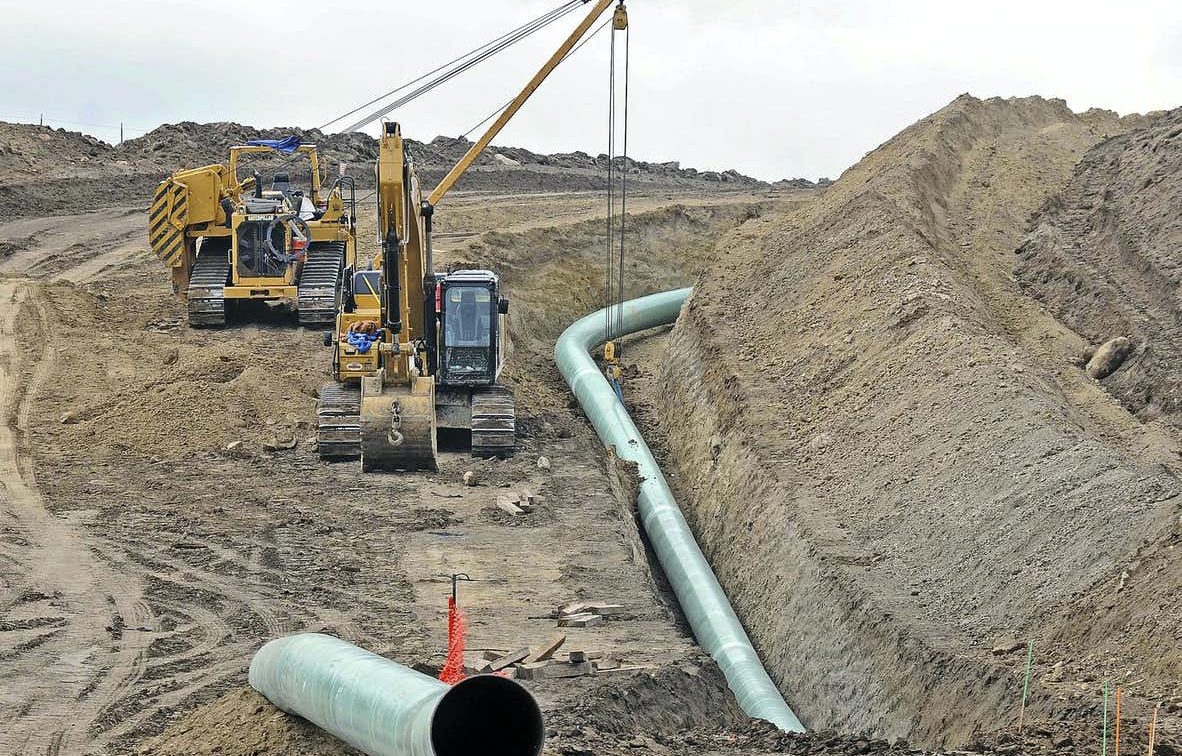 DAPL Shutdown? ‘We Have Not Yet Taken Any Steps’

Above photo: In this Oct. 5, 2016, photo, heavy equipment is seen at a site where sections of the Dakota Access pipeline were being buried near the town of St. Anthony in Morton County, N.D. Tom Stromme/The Bismarck Tribune via AP, File.

Spokeswoman says Energy Transfer Partners believes a federal judge ‘exceeded his authority’ in ordering the company to stop the flow of oil.

The owner of the Dakota Access oil pipeline is accepting shipments for next month despite a judge’s ruling ordering it to shut down and remove all oil by Aug. 5, according to media reports.

A spokeswoman for Dallas-based Energy Transfer LP told Bloomberg News that the company believes a federal judge “exceeded his authority and does not have the jurisdiction to shut down the pipeline or stop the flow of crude oil.”

Energy Transfer spokeswoman Vicki Granado told Bloomberg that the decision to keep the pipeline in operation was not meant as a defiant act but rather a “statement to say we are not in the process of shutting in the line and do not believe he has the authority to order this.”

On Tuesday, the company said in a statement to Indian Country Today that it has “never suggested that we would defy a court order.”

“Rather, DAPL is seeking appropriate relief from that order through the established legal process,” Energy Transfer Partners said in an email. “Our reply to media who reached out was that we have not yet taken any steps to begin shutting down the line.”

U.S. District Judge James Boasberg on Monday ordered the pipeline shuttered while the U.S. Army Corps of Engineers fulfills his demand to conduct a more extensive environmental review than the one that allowed the pipeline to start moving oil near the Standing Rock Indian Reservation three years ago.

On Tuesday, Boasberg rejected a request for an emergency order to delay the process of shutting down the Dakota Access Pipeline while attorneys appeal a ruling to shutter the pipeline during the course of an environmental review. In denying the request for an expedited ruling, Boasberg said he will schedule a status hearing to discuss scheduling when he receives the Dakota Access motion to keep the pipeline running.

Dakota Access attorney William Scherman said in his motion filed Monday that shutting down the pipeline requires a number of time-consuming and expensive steps that would take ”well more” than 30 days.

“Energy Transfer and its fellow owners have been generating a steady stream of cash flow since the system started three years ago,” Motley Fool reporting. “That income stream will dry up — at least temporarily — as the DAPL undergoes its environmental review. In addition to that cash flow hit, Energy Transfer and its partners will need to spend more money on their legal defense and any related costs.”

Motley Fool says the latest setback could require the partners to invest more equity into the project.

In a statement, the Lakota People’s Law Project’s lead attorney, Chase Iron Eyes, and chief counsel, Daniel Sheehan, called Energy Transfer Partners’ declaration that it would not shut down the flow of oil through the Dakota Access Pipeline “unacceptable.”

“ETP has asserted that they believe Judge Boasberg exceeded his authority in ordering the emptying of Dakota Access,” they said in a statement. “However, Judge Boasberg’s scope of authority is not something ETP has the discretion to interpret.”

The $3.8 billion, 1,172-mile pipeline crosses beneath the Missouri River, just north of the reservation. The tribe draws its water from the river and fears pollution.

Kolby KickingWoman, Blackfeet/A’aniih, is a reporter/producer for Indian Country Today. He is from the great state of Montana and currently reports and lives in Washington, D.C. Follow him on Twitter – @KDKW_406. Email – kkickingwoman@indiancountrytoday.com

The Associated Press contributed to this report.