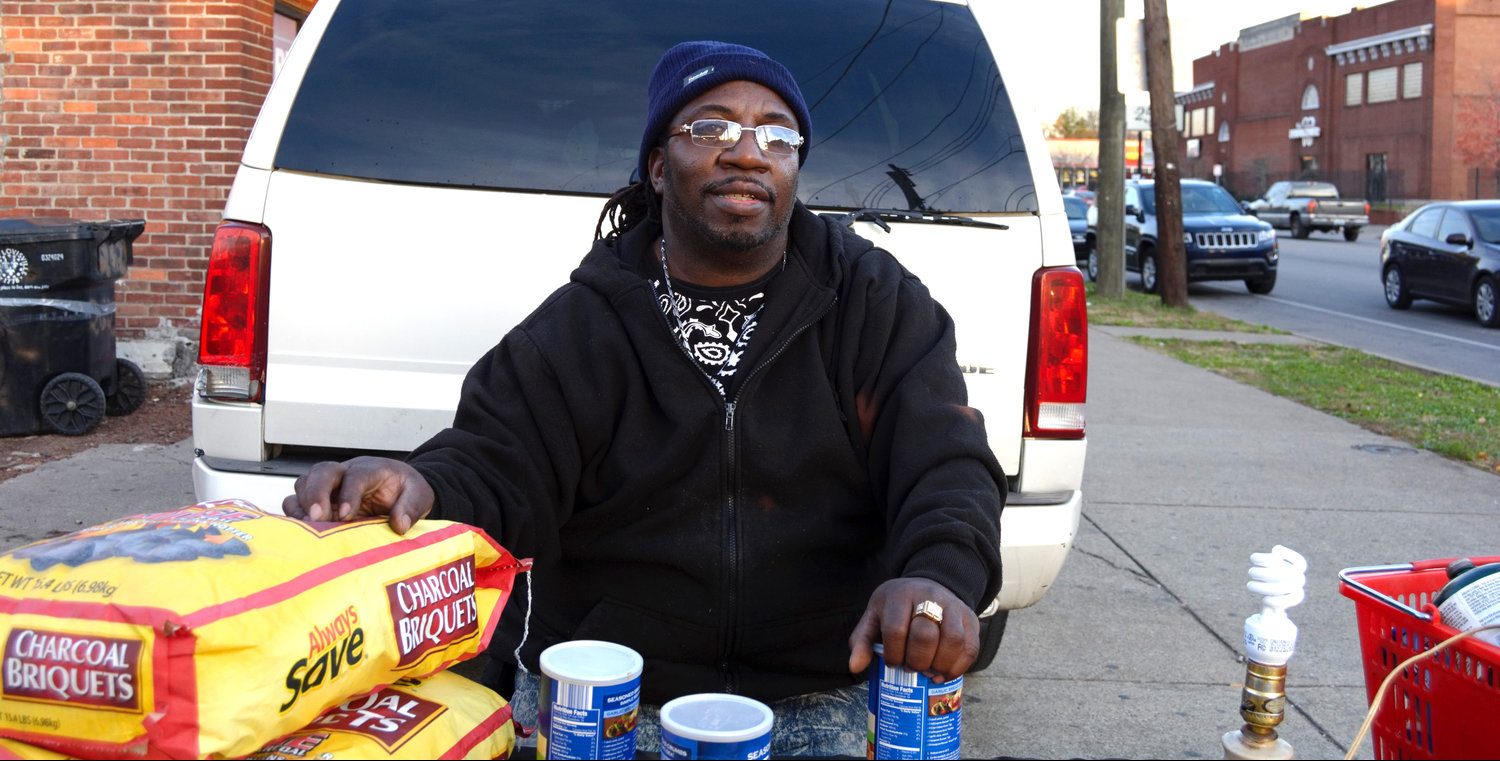 ‘My son didn’t hurt nobody.’

McAtee, the owner of YaYa’s BBQ in western Louisville, was known as a “community pillar,” said his mother, Odessa Riley.

“He left a great legend behind. He was a good person. Everybody around him would say that,” she said. “My son didn’t hurt nobody. He didn’t do nothing to nobody.”

Riley was among the hundreds who had swarmed the corner of 26th and Broadway Monday where Louisville police and National Guard personnel were breaking up a “large crowd” that had gathered in the parking lot outside a Dino’s Food Mart, according to law enforcement officials.

LMPD Chief Steve Conrad said in a statement that someone shot at police and officers and soldiers “returned fire,” killing McAtee.

McAtee’s barbecue business is next to the Dino’s Food Mart parking lot where the shooting took place around 12:15 a.m. Monday.

His identity was confirmed to The Courier Journal Monday by his nephew.

Who was David McAtee?

McAtee, 53, operated a barbecue business at one of the West End’s most popular corners, especially on the weekends.

“I’ve been doing this for about 30 years, but I’ve been here for two,” he told West of Ninth, a photo blog by Walt and Marshae Smith, in a February interview. “This location is the one of the busiest locations in west Louisville. I always wanted to be in this spot, and when the opportunity came, I took it.”

McAtee said he hoped to one day buy the lot at 26th and Broadway, and build a brick-and-mortar restaurant.

Those who spoke with The Courier Journal said they knew the chef as someone who would cook at several community events across the area’s nine neighborhoods.

“Mr. McAtee would help us with Californian Day for at least 15 years, if not longer,” Greg Cotton, Jr., who lives in Middletown, said in an interview Monday. “He was one of the ones who would donate all his time and all his food; everybody could just come up and take it and he wouldn’t charge because it was for the neighborhood.”

McAtee’s mother and his nephew told The Courier Journal that he was known to feed police as well. The two said he would give law enforcement officers free meals.

“He fed them free,” Riley said. “He fed the police and didn’t charge them nothing.

“My son was a good son. All he did on that barbecue corner is try to make a dollar for himself and his family,” she added. “And they come along and they killed my son.”

Metro Council President David James described McAtee as a personal friend who cared about the California neighborhood and all other parts of the West End. He said the local chef was knowledgeable about what was going on in the neighborhood and the city, and always would offer free food to those in need and others.

Councilwoman Jessica Green said she didn’t know McAtee personally but called the chef a “staple in the community” who was always friendly to people.

“And so, to wake up and see that he was now dead, I honestly for the last week and a half, I’ve had a pit in the bottom of my stomach about all of this,” she said. “I’m just very distressed and uneasy right now.”

Cotton said the death of a generous working man in the community is going to be another slap as the city is still reeling from the controversial police shooting of Breonna Taylor.

“Mr. McAtee’s legacy is something that cannot be duplicated or replaced,” he said. “There are only a handful of people who care about the community the way that he did.”

What have his family members said?

McAtee returned to his native city of Louisville about eight years ago after living briefly in Atlanta.

The chef said he had “been shot and robbed since” moving back because he was “living a crazy lifestyle, but I had to give it up.”

Riley said her son was always a good cook growing up. She told reporters Monday that when a mother loses a child, “a piece of you goes along with that child.”

“It’s alright to lose a mother or father. You get hurt by that, too. But when a mother loses her child, a piece of you goes along with that child,” she said.

“Why? Because you carry that child for nine long months.”

She said she buried her “baby daughter on Jan. 22” and “now, my baby son has gotten killed.”

“I’m just going through it,” she said.

“Right now, I can’t tell you the feeling I have. All I can say — when a mother loses her child, a piece of you goes along with that child.” — Odessa Riley, #DavidMcAtee‘s mother #Louisville #BreonnaTaylor pic.twitter.com/jdtI4mqcZL

Mayor Greg Fischer cut through the massive crowd that had gathered at 26th Street and Broadway to speak with McAtee’s mother directly. He spoke with the family as some onlookers expressed appreciation for the mayor appearing while others said he was there for a photo op and should instead call for the National Guard to be pulled back.

Riley, McAtee’s mother, said Fischer expressed his condolences and said that “anything that he can do for me, he’s there for me and my family.”

“He even said a prayer and everything before he left,” she said. “Mayor Fischer was really nice, and I told him he was a good person.”