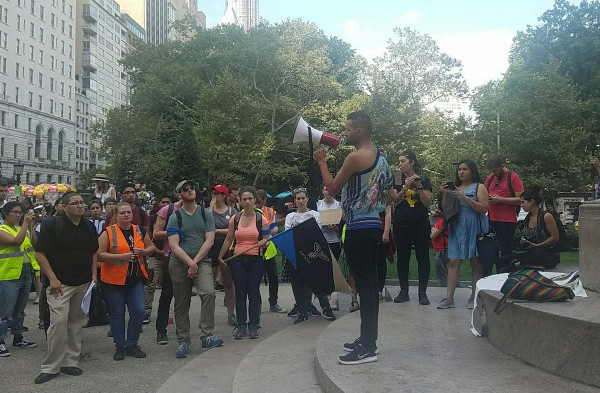 Mani Martinez speaking at a rally at Trenton, state capitol of NJ, against A1114, “Police Respectability” Bill.

“Popular Resistance is a media outlet that attempts to make sense of political struggles being waged across the world against capitalist exploitation and inequality.”

Mani Martinez, is committed to anti-racist fight back. As an immigrant, he fundamentally understands that incarceration and deportation, gentrification and forced migration, racism and nationalism are two sides of the same token. They are all ways through which the uneven development promoted by capitalism divides the working class. He was part of a multi-racial generation of workers, students, and soldiers that became deeply involved in political struggle as a result of the murder of Michael Brown, a black teenager, in Ferguson, Missouri in 2014. Currently, Mani is organizing with the Cosecha Movement to fight for permanent protection, dignity, and respect for the 11 million undocumented workers in the U.S. today. 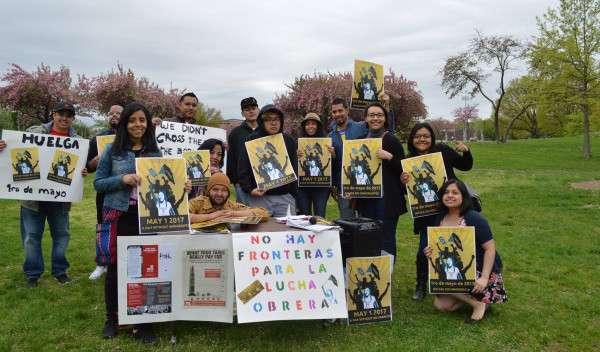 The Cosecha Movement put out a national call to action to have rallies around the country to highlight the protection of the 11 million undocumented workers in the U.S. Clifton, NJ.

He is part of the team of people that keep Popular Resistance running on a daily basis.

“Because I am involved in putting up a great deal of the articles that are on Popular Resistance, my scope of political issues has been incredibly broadened.

“Corporate art, culture, and media outlets rely on segregating the information that people receive in their respective corners of the world. That maintains the necessary division amongst the working class, without which the capitalist class can’t rule.

“Our platform at Popular Resistance, therefore makes a great attempt at promoting working class unity by highlighting the importance of all political struggle against capitalism.”

Popular Resistance is attempting to demonstrate to our audience that no matter the struggle we face the same enemy, therefore it is the same fight.

We want to inspire confidence among working people for their struggles and promote the growth of social movements that address the needs of all people.” 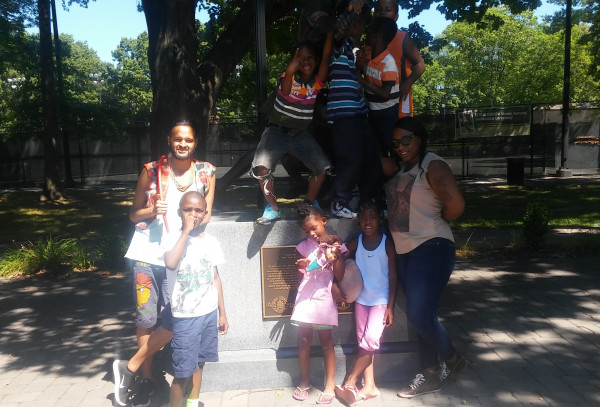 Youth and staff from History Is Power Project (HIPP) in Newark, NJ.