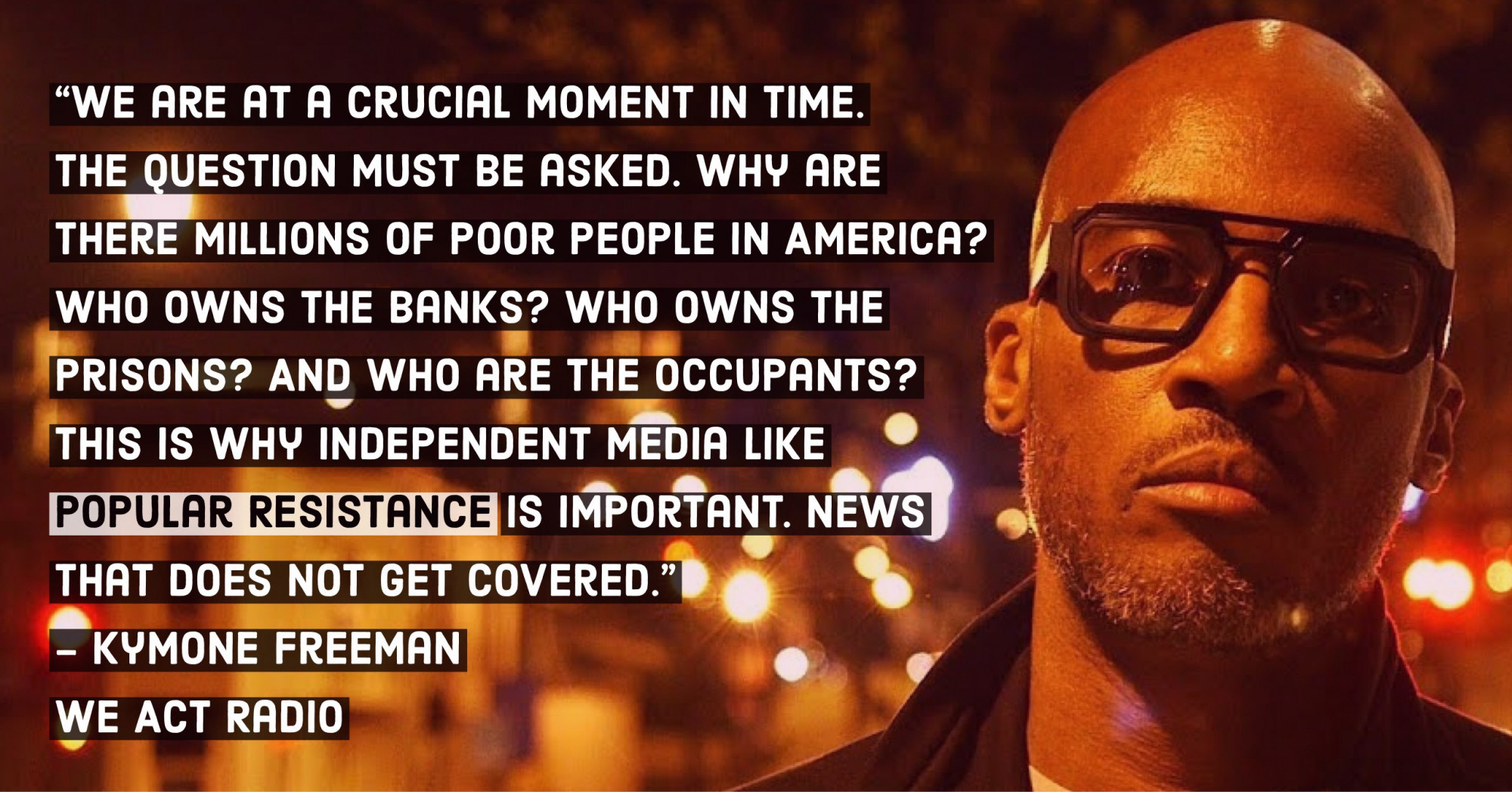 We have worked with Kymone Freeman, the co-founder of We Act Radio located in Anacostia in Washington, DC, since the beginning of Popular Resistance. In addition, he was part of Occupy Washington, DC, which was the roots from which Popular Resistance grew. The Popular Resistance radio show, Clearing The FOG, hosted by Margaret Flowers and Kevin Zeese first aired on We Act Radio when it launched six years ago and is the longest running show on the station. We Act Radio is a storefront station. Kymone hosts many community events in the station, has an organic garden in the back and works with local youth on media literacy and how to create media.

Kymone is a spoken word artist, writer, activist on issues of economic and racial justice and organizer of the Black Luv Festival in Washington, DC. A current project of his is making a movie, “Patriotic Treason: The Story of John Brown,” which he wrote and will direct. He accomplishes these tasks without many resources by reaching out to his community and raising both money and volunteer participation. (You can support his fundraising for Patriot Treason here.)

Kymone points to the importance of creating our own media in his video. Independent and social media are critical tasks for the movement. Clearing the FOG is one way in which Popular Resistance creates its own media. The show, which has had more than 260 episodes, covers critical issues for the movement for economic, racial and environmental justice as well as peace. The show covers movement events and interview people who are involved in movements.

In the above video supporting Popular Resistance, Kymone points to some of the critical issues of our times and reminds us how corporate control of government is not a short-term problem, but is one that goes back to the Civil War and Abraham Lincoln. He points to the importance of our times, how resistance movements can succeed and Popular Resistance as an instrument for the movement.

Popular Resistance’s mission is to help build a movement for transformational change. We provide tools and education as well as cover the activities of the movement.

Kymone is an example of how working together we can accomplish great things.