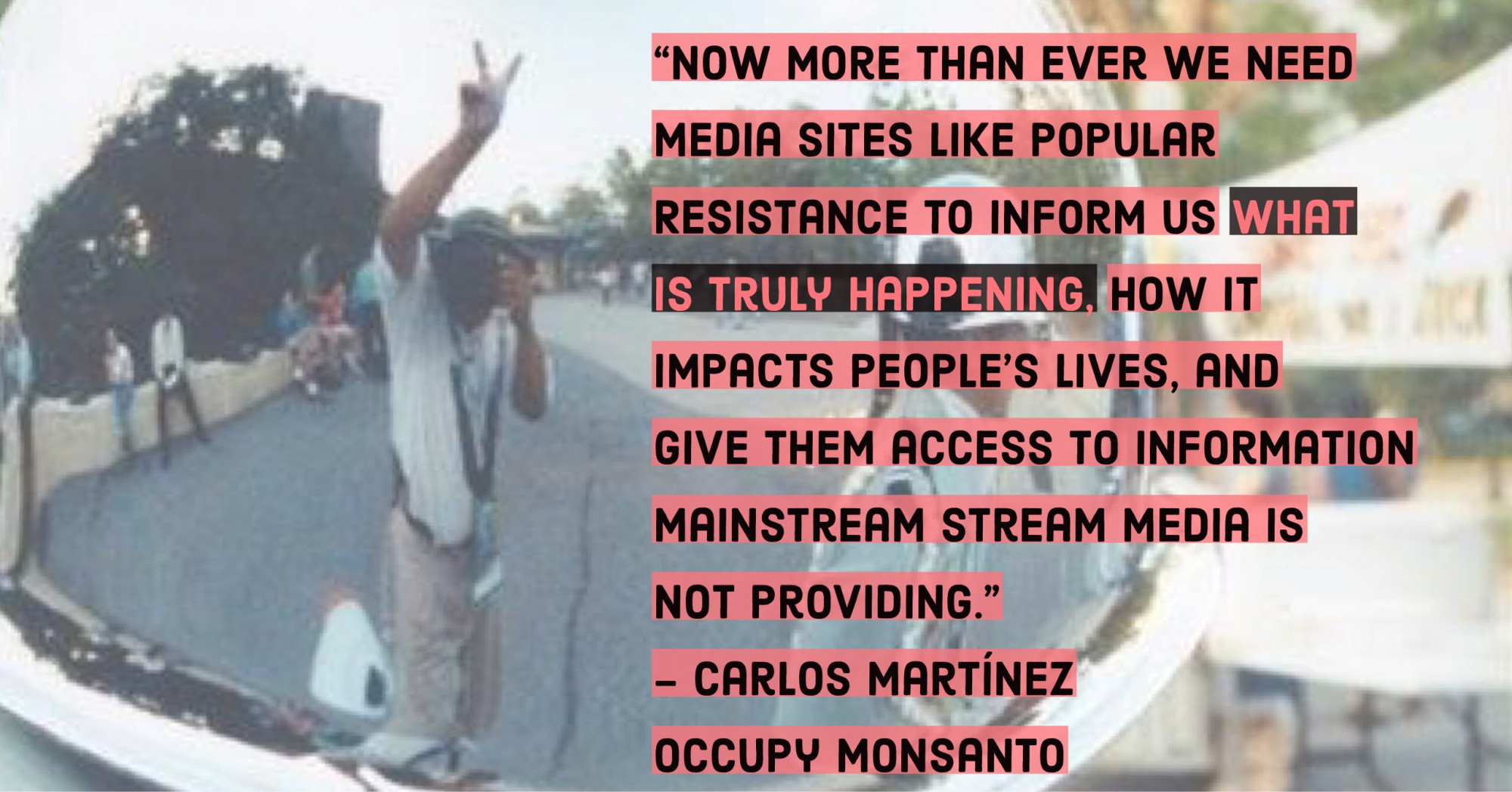 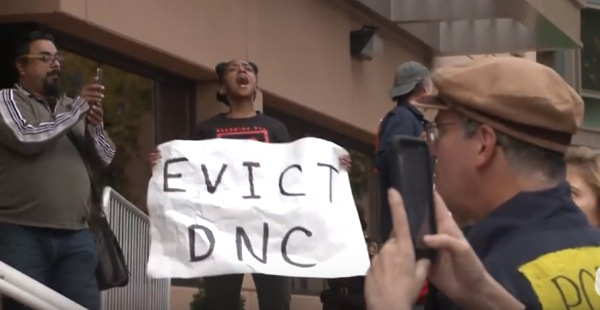 Carlos Martinez began shooting for his local newspaper at the age of 15 years in Houston, Texas. He worked his way up to being the Chief Photographer and Photo Editor for El Dia. Now, Carlos uses his media skills for social change, particularly when it comes to taking on corporations that profit from unhealthy foods. He is a power house behind the Occupy food movement that grew from the Occupy Wall Street movement and has been exposing the truth behind our food system ever since.

Carlos joined forces with Popular Resistance in 2016 when he organized a rally against the TransPacific Partnership (TPP) after several years of attending our national TPP calls. He also provided photo and social media services during the No Lame Duck Uprising in November, 2016, which was originally planned to stop Congress from ratifying the TPP. Carlos has been a crucial part of our national campaign by building social movements outside the mainstream media that made the TPP so contaminated a political issue the Obama Administration was unsuccessful in ratifying it for approval.

Here is a video from the action at the Democratic Party headquarters in Washington, DC:

“As a lifelong journalist I was under the assumption that newspapers and journalists protected the greater good and the best interests of the people, while holding our branches of government accountable. Nothing could be further from than the truth. The media, just like politicians, serve the interest of their owners, advertisers, and those with purchased interest.

As someone who worked in mainstream media, I believe that now more than ever we need media sites like Popular Resistance to inform people about what is truly happening and how it impacts their lives, and give them access to information mainstream media is not providing.

If it was not for new media outlets like Popular Resistance that are being a voice for the best interests of the people, a Corporate Coup like the TPP would have never been defeated. And now more than ever we need to support Popular Resistance’s campaign to defend Net Neutrality and protect the people from the corporate vultures preying on the masses.”

Social media is an important tool for activists to show the public what is happening in local communities, counter lies told by the corporate media and to reach people with information that is being suppressed. Now that there is greater suppression of websites that challenge the status quo, social media and other forms of people’s media are necessary to spread information.

Every one of us must become the media in some way to get the truth out. Actions that anyone can take are sharing articles on social media, writing letters to the editor for local papers, and documenting what is happening in your community through photos, videos, and articles. Popular Resistance is a place where popular journalists can be published. Send your stories and videos to info@popularresistance.org. And follow us on Twitter at @PopResistance.

A recent Harvard study found that when small news outlets work together, they can have a significant reach and impact: “News outlets it appears, even in the face of social media algorithms, the echo chambers of political polarization and a barrage of digital information, have a profound and measurable effect on national discourse.”

Together, we can be the media!