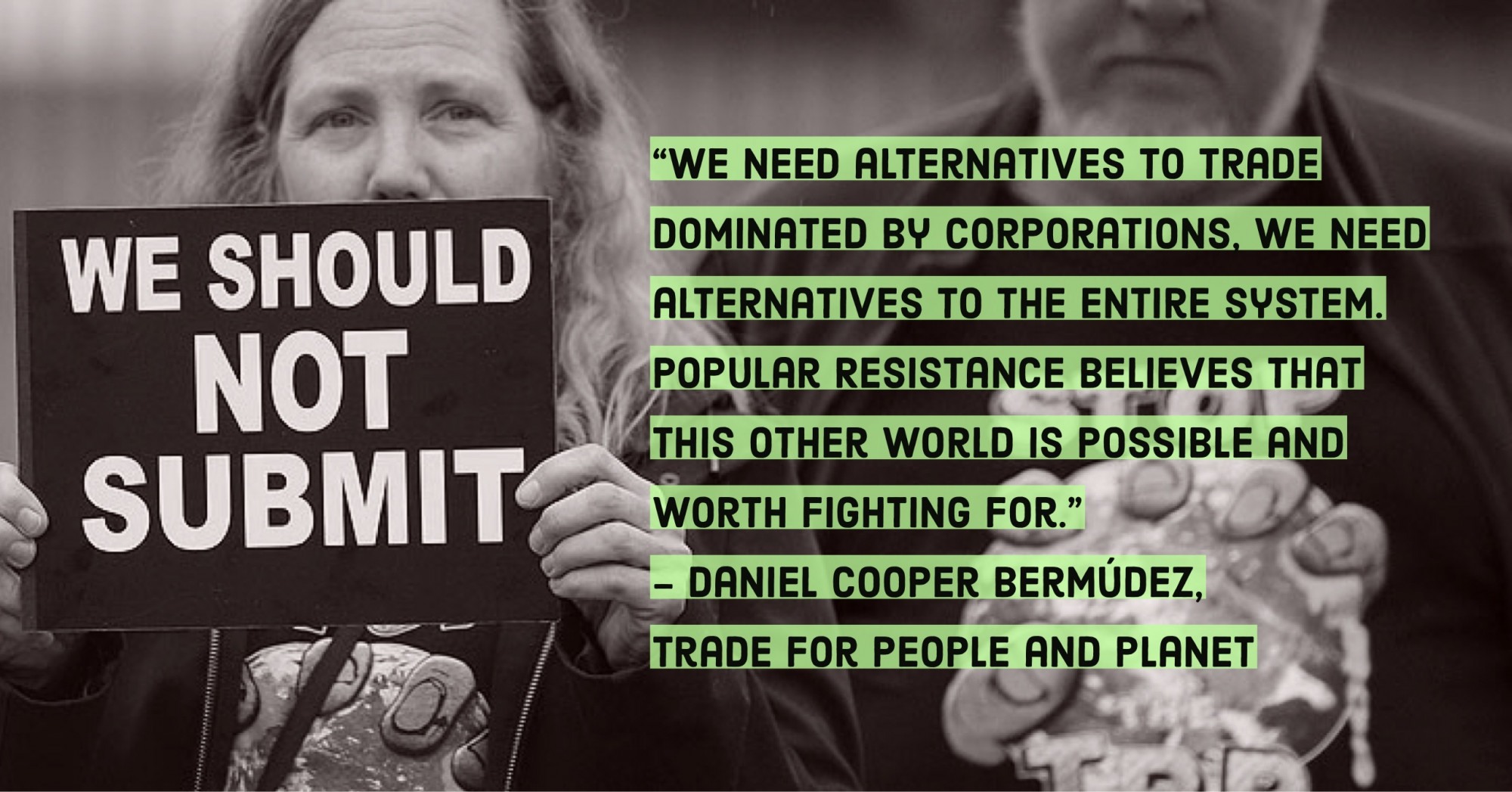 As we countdown to that date, we are featuring some of the people behind Popular Resistance.

Trade for People and Planet is a campaign created by Popular Resistance, an organization that has been fighting for justice since 2013 with roots growing far before then. Popular Resistance is designed to operate from the two-prong strategy: create and resist.

This is how Trade forPeople and Planet was born. Years of fighting the Trans-Pacific Partnership resulted in wide swaths of the general population putting pressure on the US government to pull out of the deal. Through Popular Resistance’s “Flush The TPP” campaign, hundreds of people protested through petitions, protests, marches, lobby days, direct action… we did whatever we could to stop the deal. And it worked.

While our resistance to free trade is working, it is not enough. We need trade that puts people and the planet before profits. We need trade that is democratic, transparent and inclusive, in which working people, unions, indigenous peoples, environmentalists, and any stakeholder that will be affected by such trade deals are protagonists of the deal-making.

From fighting tooth-and-nail for Net Neutrality to putting National Improved Medicare for All at the top of the health care agenda, Popular Resistance is taking the necessary steps to create that new world that we all need so dearly.

The resistance of the people is reaching the phase where we need more resistance and more proposals for positive change. On December 10, Popular Resistance launches a new phase of resistance. As a movement, we are ready to step up in our fight against injustice and we are ready to create a world where we put people and planet before profits. 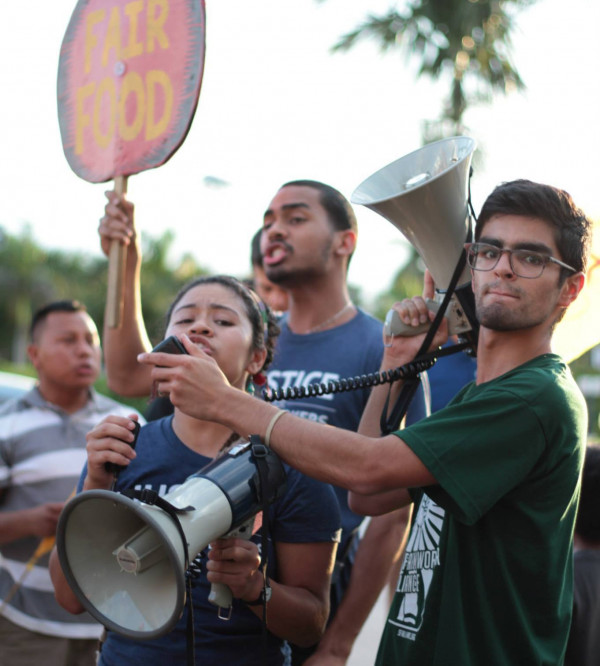 Daniel Cooper Bermudez coordinates the Trade for People and Planet campaign. After completing his education at the University of Pennylvania, Daniel worked for the Coalition of Imokalee Workers. He is currently living, studying and organizing in Venezuela.