As we countdown to that date, we are featuring some of the people behind Popular Resistance. 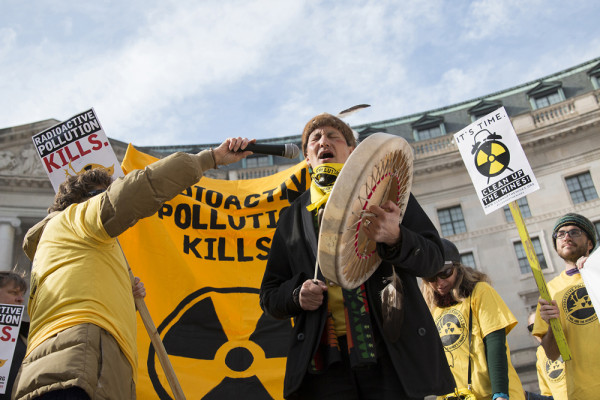 Klee Benally protests outside the EPA in Washington, DC, January, 2016.

Klee Benally is a Navajo (Diné) musician, artist, film producer and activist living in Flagstaff, Arizona. He has worked on numerous campaigns to protect sacred sites and other issues. For the past three years, he has coordinated the Clean Up the Mines Campaign, which is also part of the Haul No Coalition.

There are more than 15,000 abandoned Uranium mines in the United States. They are left over from the Uranium Rush of the 1950s and 1960s. These mostly open-pit mines continue to emit radiation and toxic heavy metals that pollute the air, land and water and are causing severe health impacts such as cancer, autoimmune diseases and birth defects.

Popular Resistance has worked with Klee Benally since before the founding to create, launch and maintain the Clean Up The Mines campaign. This campaign is critical because the impacts of the abandoned mines constitute a public health emergency that is being ignored. The abandoned Uranium mines illustrate the ongoing nuclear colonialism, abuses of Indigenous rights, destruction of sacred sites, devastation of the environment and the toxic origins of nuclear power.

The Clean Up The Mines campaign was launched on Earth Day, 2014, on the banks of the Cheyenne River in Red Shirt Village, South Dakota. The water in Red Shirt Village is contaminated with radioactive and heavy metals from abandoned mines upstream. At the launch, local residents spoke about the diseases and birth defects that have occurred in their family members as a result of the contamination. 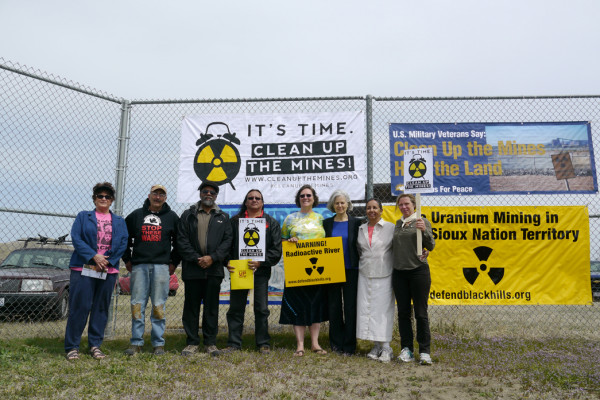 The Clean Up The Mines campaign has worked to raise awareness and educate the public about these mines and their impact. We have worked to introduce legislation in Congress to clean up the mines and protect the public and we have met with public health departments and federal agencies for assistance.

In 2016, with the announcement that Energy Fuels Inc. planned to mine Uranium on the rim of the Grand Canyon and haul it 300 miles through native communities to be milled just three miles from the Ute Mountain Ute community, much of Klee Benally’s focus has turned to working with and supporting people in those communities who are fighting back.

Listen to our interview with Klee Benally and Roxanne Dunbar-Ortiz on Clearing the FOG Radio.

You can also follow Klee’s work at Outta Your Backpack Media, Indigenous Action Media and on SoundCloud.