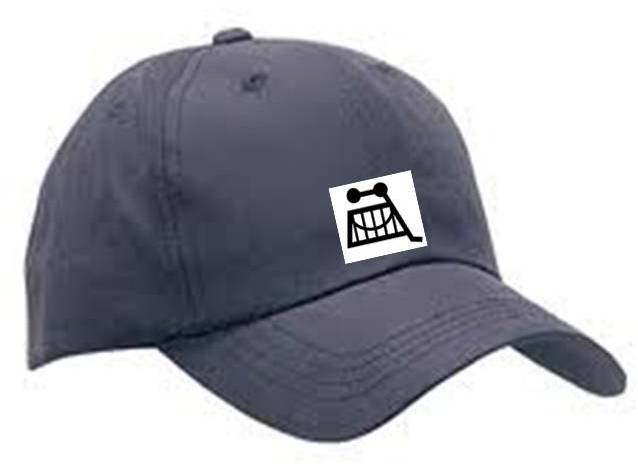 Thinking of tossing out a brand name shirt, handbag or backpack purchased with zeal last year but now seems so yesterday? Well, don’t. Debrand it instead to give it renewed life and do the environment a favor too.

What better symbols of the culture of consumerism than branding and logos. Marketers use these visuals in relentless campaigns to convince us that their brand of this or that is more desirable than the rest and that we can’t, and shouldn’t, live without it.

Marketers are not much interested, however, in what happens to all the frivolous extras and redundancies we amass once our attention shifts to the next brand or model that catches our fancy.

Older purchases which have lost their allure may collect dust for a while in a closet, or might even be given a second life if donated to charity, but either way likely end up as fodder for landfills.

People’s everyday refuse is classified as municipal solid waste (MSW). Because waste generation parallels consumption, MSW is a fair yardstick of a society’s consumerism. In the United States, per capita MSW generation rose from 2.68 pounds/day in 1960 to 4.43 pounds in 2010, according to the Environmental Protection Agency. About one-third of this waste stream is currently siphoned off through recycling and composting, and another 12 percent is combusted for energy production. Landfills have to absorb the remaining 2.4 pounds per person of daily rubbish.

Although many of us may feel put off by the material excess we see in others, and even in ourselves, we mostly feel powerless to change it. However, a few rebellious heroes have found ingenious ways to fight back at materialism through various forms of “debranding,” playful assaults on the very symbols of consumerism.

Ron English is a renowned street pop artist who, among other things, illegally hijacks billboards, using them to turn corporate ads against themselves by applying his own text and images. He is particularly well known in Texas, New Jersey and New York for doctoring cigarette ad billboards by replacing Old Joe Camel with “Cancer Kids.”

The Canadian anti-consumerist magazine Adbusters takes its swipes at branding through “subvertising” where fake ads flip or satirize the meaning of well-known brand icons or images. For example, one subvertisement depicts an operating room scene where the McDonald’s arches are integrated into the heartbeat tracing on a monitor titled “Big Mac Attack.”

Adbusters is otherwise ad-free and published by the non-profit Media Foundation which sees advertising-driven consumerism as the core environmental problem and seeks “to change consumers back into citizens.” The foundation advocates “culture jamming” tactics to subvert mainstream cultural institutions and is credited with igniting the 2011 Occupy Wall Street movement. Other ongoing campaigns include a yearly Buy Nothing Day on the day after Thanksgiving and a debranded line of shoes called Blackspot. Blackspot is an open-source brand, meaning “it can be used by anyone for any purpose at no cost.” The shoes sport an empty label for owners to customize as they wish.

Another everyman’s approach to debranding has been conceived by a group project called Unconsumption. Instead of mocking brands, Unconsumption urges people to appropriate brands by applying their logo, a smiling upside-down shopping cart aptly named “Mr. Cart.” It is meant for branding not new things but things that already exist, like on an old plain T-shirt or over any brand logo that has otherwise lost its cool. Unlike brand logos which are meant to convey exclusivity, Mr. Cart is the opposite of exclusive because, through a Creative Common license, anyone can use it to repurpose anything they want.

Such forms of anti-consumerism debranding are not to be confused with an obfuscated form of debranding being employed by corporate giants to impart less of a corporate feel to their products and services. Their idea is that a brand or logo loses exclusivity and cool when the market becomes saturated with the product or service. To seem less in-your-face and pushy, Nike has dropped its name from its logo, using just the swoosh. Starbucks is trialing the same strategy on drink cups which show only the siren.

Corporate debranding can take other forms too, like in the Seattle area where Starbucks is trying out changing its name to 15th Avenue Coffee and Tea and remodeling to a rustic motif. In the United Kingdom, no two Starbucks are being built the same to gain local appeal. JCPenny is using private label brands, like The Original Jean Company, to distract from its corporate image. In hopes of reaching a more varied market, Ralph Lauren is making a clothing line especially for JCPenny labeled American Living that makes no mention that the clothes are from Ralph Lauren.

The anti-consumerism debranding movement hasn’t gone viral yet, but at the very least it is evidence of cracks in the culture of materialistic excess that is holding the environment hostage. Debranding is whimsical and fun, and anyone who wants can participate.