By Shane Quinn, Globalresearch.ca
March 14, 2019
| Educate!
Decades Of US Support For International Terrorists In Their War Against Cuba2019-03-142019-03-14https://popularresistance-uploads.s3.amazonaws.com/uploads/2017/12/popres-shorter.pngPopularResistance.Orghttps://popularresistance-uploads.s3.amazonaws.com/uploads/2019/03/cuban-flag-400x266.jpg200px200px

Notorious criminals have enjoyed a free existence on American soil.

For 60 years the Cuban Revolution has been in opposition to the most powerful nation of all time. America is a landmass almost 100 times larger in size than Cuba, is infinitely wealthier, stronger and boasts the largest and most advanced military on earth. There has hardly been a more unequal battle in world history than that of America against Cuba, yet the latter has taken the blows and is still standing.

Consecutive United States governments – dating to the Dwight D. Eisenhower administration of the late 1950s – were left increasingly perplexed and enraged by their country’s inability to either assassinate Fidel Castro or upend the Revolution. 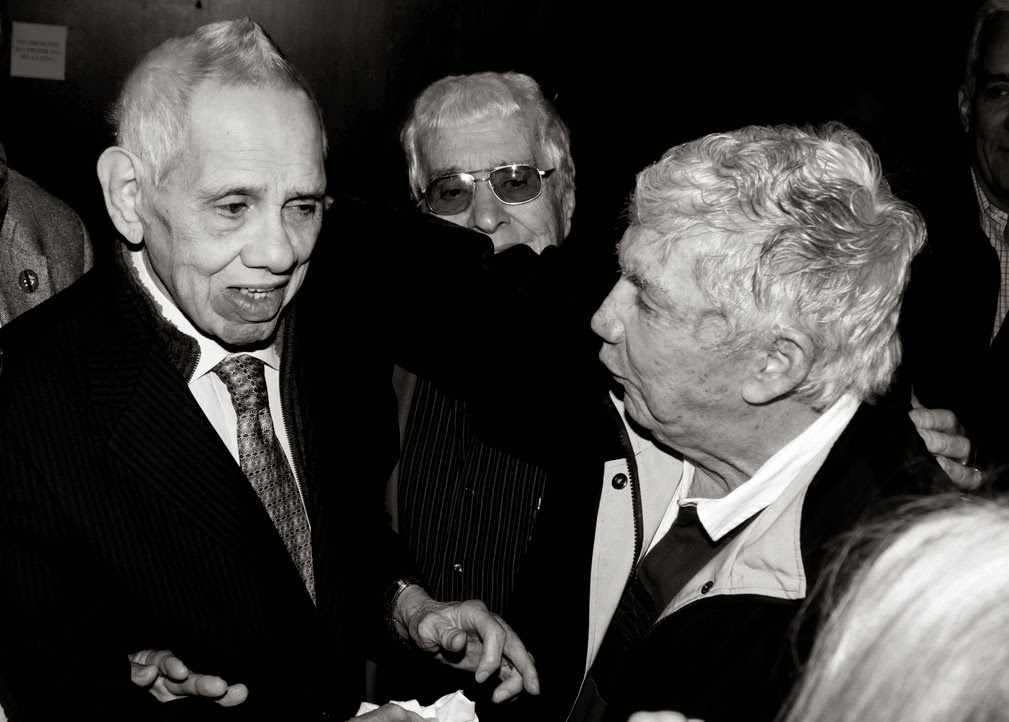 US governments have implemented a range of attacks against Cuba in the form of a six-decade old embargo, an illegal invasion, artillery and gun assaults, chemical and biological warfare, employment of Cuban exile mercenaries and infamous figures like Luis Posada Carriles and Orlando Bosch. Little of this receives even passing mention in common discourse on American-Cuban relations.

Posada and Bosch gained a sprinkling of notoriety as architects of the October 1976 destruction of a Cuban airliner, killing all 73 people aboard, including many teenagers. The CIA “had concrete advance intelligence” months prior to the attack but did nothing to prevent it. Perhaps this is not surprising, as Posada enjoyed extensive work as a CIA agent, while Bosch was also utilized as an American intelligence operative and had contact with the CIA dating to the early 1960s.

The Cuban airplane atrocity is merely the iceberg’s tip, so to speak; Posada and Bosch were responsible for countless other murderous acts across the Western Hemisphere, executed with the use of assault rifles, machine guns, revolvers, bombs, grenade launchers, a bazooka, etc.

Indeed, Posada and Bosch were two of the biggest international terrorists of the post-1945 age. During their long reign of terror they were protected by powerful American politicians, such as the Bush family. In the late 1980s, future presidential candidate Jeb Bush intervened directly on Bosch’s behalf, so as to allow this mass murderer to remain unhindered on American soil.

Bosch was thereafter granted US residency, and in July 1990 he was pardoned of all charges by US president George H. W. Bush, partly due to lobbying by his son Jeb. In April 2011, Bosch would die unmolested in Miami aged 84, surrounded by the Cuban-American mafia who call the area home.

Last May, the 90-year-old Posada also died a free man in Miami, and was never charged for his vast array of criminality. It is likely that many of Miami’s residents, along with visiting holidaymakers, have been entirely unaware of these terrorists walking uninhibited on the city’s fair streets.

Posada, who in the mid-1960s received training at the US Army post Fort Benning, had furthermore been shielded by George W. Bush’s administration earlier this century. Posada was granted sanctuary from America’s highest office while, in Guantanamo Bay, prisoners were held and tortured on far lesser charges, and others on mere suspicion. Previously, for a time in the mid-1970s, Bosch himself received additional guardianship in Chile under the US-instituted Augusto Pinochet dictatorship, and “lived quietly as an artist” in the South American country.

When Cuban leader Fidel Castro was questioned about these grotesque affairs over a decade ago, he replied,

The Remarkable Story of Fidel Castro

“Posada Carriles and his accomplice Orlando Bosch are the most bloodthirsty exponents of imperialist terrorism against our nation. They have carried out dozens of horrific actions in numerous countries within the hemisphere, including even the territory of the United States. Thousands of Cubans and some citizens of other countries have lost their lives and been mutilated, as a consequence of those cowardly and abominable acts by governments of the United States”.

Castro also notes that Posada and Bosch have “always acted under the orders of American administrations and their special services, and have been illegally exonerated of all charges and possible punishment… Posada Carriles’ terrorist acts, including the bombings of tourist hotels in Havana and the assassination plans, have been financed by the United States through the unfortunately famous Cuban-American National Foundation, since its creation by Reagan and Bush in 1981. All of the money came from the United States. No one has ever acted with more deceit and hypocrisy”.

Elsewhere, those criticizing Cuba for “human rights violations” fail to put into context unprecedented threats the island nation has faced for decades, and continues to endure.

Should small counter-revolutionary cells present on Cuban territory (often covertly supported by the US) enact methods that undercut the socialist project, then the issue must surely be dealt with. The Revolution would simply never have lasted unless actions are taken to counter the subversive cliques.

In the majority of cases, Castro’s government handed out moderate prison sentences to the accused – which are then sometimes commuted – with the detainees upon release allowed to leave the country, many of course departing to America. In addition systematic acts of torture, widespread elsewhere, have not been committed within post-1959 Cuba.

For the meantime, should those few anti-socialist groups in Cuba begin their activities without government measures in response, the individuals would then become emboldened. In such a scenario, Washington inevitably senses blood while disingenuously announcing their concern for “democracy and human rights”, with the press leaping aboard the bandwagon.

Such cases have been witnessed elsewhere, in Iran last year and Venezuela recently, when protest marches were pounced upon by the White House and mass media. The fact that in Venezuela its president, Nicolás Maduro, has three times the number of people marching in support of him, by comparison to Washington stooge Juan Guaidó, receives smaller notice.

Unless swift action is initiated by Cuba’s government in response to the counter-revolutionary plans, America may gain a bridge hold in the country – as the superpower has succeeded in doing so with regard Venezuela and various other sovereign states, repeatedly violating the UN Charter. In Indonesia during the mid-1960s, direct US involvement enabled the Western-backed General Suharto and his forces to kill around a million people, rivalling Stalin’s purges.

In reports concerning Cuba conducted by often well regarded NGOs like Amnesty International and Human Rights Watch (HRW), they have consistently failed to take into account the extraordinary extent of hostility towards the Caribbean island. Amnesty and HRW have undertaken some good work in other regions, but one must remember that the former is headquartered in London and the latter in New York. For this case, much of the Western NGOs’ coverage bears the hallmarks of having been skewed by years of blanket propaganda against Cuba, engineered by American and British institutions.

Moreover, Amnesty and HRW have betrayed an unfortunate tendency to focus on “pro-democracy activists” within Cuba, the most prominent of those this century being the so-called “Ladies in White”. The Ladies in White are in actual fact a US-funded proxy group. In August 2011 Wikileaks cables – which are invariably accurate – revealed that the Ladies in White have links to US government organizations. Despite such realities, Amnesty and HRW have continued to champion their motives in the name of “human rights”.

In 2018, HRW described the Ladies in White as “founded by the wives, mothers and daughters of political prisoners” – while Amnesty in their 2017/2018 analysis on Cuba outlined them as “a group of female relatives of prisoners detained on politically motivated grounds”. In these accounts, not a word has been written relating to the Ladies in White and their ties to American governments, or indeed the Wikileaks documents.

When claims of human rights breaches were put to Castro in an interview earlier this century, he responded that,

“The life expectancy of Cuban citizens is now almost 18 years longer than in 1959, when the Revolution came to power. We have made universal literacy possible, made it possible for every child to go to school, made it possible for every citizen to get an education. In the fields of education and health, there’s no country in the Third World, or even in the developed capitalist world, that’s done what we’ve done in those areas, for the good of the people”.

In relation to societal problems seen around the world, including in wealthy consumer nations, Castro highlighted that in Cuba,

“Begging and unemployment have been eradicated. Drug use and gambling have also disappeared. You won’t find children begging in the streets; we don’t have homeless beggars here… And I won’t go on too long about the aid we’ve given to dozens of countries in the Third World. There are Cuban doctors in over 40 countries, and they’ve saved thousands of human lives”.

“We’ve given free treatment to thousands of children from Chernobyl that no other country took in. I don’t think any place in the world has equalled the generosity to human beings that’s been shown by Cuba. And this is the country that people want to condemn for violations of human rights? Only through lies and calumnies can such profoundly dishonest accusations be made”.

Over elapsing years from the Chernobyl catastrophe, Cuba has now treated over 26,000 victims, more than 80% of whom are children.

Meanwhile, in August 2005, immediately after Hurricane Katrina laid waste to wide sections of America’s south-east, Cuba was among the first to offer medical assistance to the US – in the form of over 1,500 doctors along with dozens of tons of supplies. This act of generosity was forthcoming despite decades of the above-mentioned attacks. Hugo Chavez’ Venezuela was also quick in offering aid to America during the hurricane’s aftermath.

Both lifelines were rejected in silence by the Bush administration, who were loath to accept humanitarian relief from socialist governments they were seeking to undermine and overthrow. Had Cuban and Venezuelan support been welcomed by president Bush – sluggish himself in responding to the crisis and whose country was notably short of doctors – many lives like those lost in New Orleans would likely have been saved.