Declaration Of Independence In The 21st Century

While much of America marks July 4th with fireworks, barbeques and family gatherings, people should also take a moment to pause and consider the state of the very freedoms, liberties and rights that the Declaration of Independence was produced to acquire for the population. At a mere 1302 words subject to editorially consent by its creators, the Declaration of Independence from British monarchical rule listed clear intentions of the-then 13 colonies that wanted to become the United States of America.

The preamble is more widely known than the rest of the document, but worth restating for its potency:

“When in the Course of human events, it becomes necessary for one people to dissolve the political bands which have connected them with another, and to assume among the powers of the earth, the separate and equal station to which the Laws of Nature and of Nature’s God entitle them, a decent respect to the opinions of mankind requires that they should declare the causes which impel them to the separation.”

The ideology behind the document reflected a sense of spirituality, respect and commonality with God and Nature, but more than that, it underscored essentials that a government should provide the governed, and that the governed were entitled to receive, if said government was to remain appropriately responsible and humane to its citizens.

The rest of the document delineates grievances against the King of Great Britain that prevented these new Americans from attaining “unalienable Rights” including to “Life, Liberty and the pursuit of Happiness.” It also expressed the idea that “whenever any Form of Government becomes destructive of these ends, it is the Right of the People to alter or to abolish it, and to institute new Government, laying its foundation on such principles and organizing its powers in such form, as to them shall seem most likely to effect their Safety and Happiness.”

The notion here was that if a government was not properly supporting the people it represented or was moreover plaguing them through various forms plundering, ravaging, or otherwise destroying lives, then, it should be abolished. The signers condemned the King for “repeated injuries and usurpations” that promoted “the establishment of an absolute Tyranny over these States.”

Most of the 27 listed pieces of the evidence to these injustices related to demands for fair representation regarding the setting of legislation for the “public good”, as well as for justice, commerce, privacy, war and peace. They also included condemnation of the King for ”transporting large Armies of foreign Mercenaries to compleat the works of death, desolation and tyranny.”

They concluded that “A Prince whose character is thus marked by every act which may define a Tyrant, is unfit to be the ruler of a free people” and did “solemnly publish and declare” the “United Colonies are, and of Right ought to be Free and Independent States; that they are Absolved from all Allegiance to the British Crown, and that all political connection between them and the State of Great Britain, is and ought to be totally dissolved.”

The Declaration of Independence aimed to dissolve monarchical tyranny and associated destructive and aggressive military and financial forces. It aimed to instigate the establishment of a government and legislation that would administer and create policies so as to achieve the reasonable requirements of “Free and Independent States” and the individuals that dwelled in them. But, today’s political-financial elite have resurrected a new brand of tyranny. 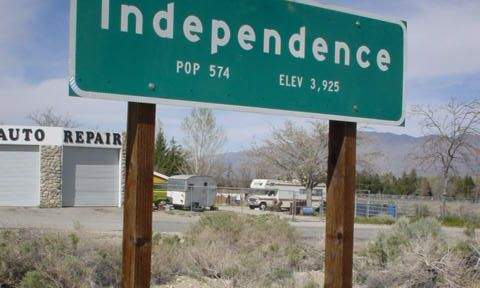 Tyranny comes in many forms, in particular through actions and decisions that disproportionately elevate the concerns of the most powerful at the expense of the public good or its longer-term stability, liberty or safety.

Today’s most select politicians float seamlessly between elected or appointed public office to the private sector where their personal fortunes and influence are endowed with extravagant speaking or advisory engagements and commensurate fees.

Former president Bill Clinton having ascended to the presidency through a cadre of wealthy benefactors and the firms they represented, amassed millions of dollars after leaving the White House bestowing his charisma and connections to scores of corporate gatherings at top dollar prices. Hillary Clinton has been doing the same thing since leaving her Secretary of State Post. Barack Obama is poised to reap even greater gains from private sphere elitists that dictate his policies if not his rhetoric.  Vice President Joe Biden recently keynoted Goldman Sachs’ North American Energy Summit conference.

The spirit of the Declaration of Independence, even if some of its signers were richer than others,  reflected one of government for the public good, and not to augment the King’s desires for power or additional riches. Our current system is a long way from that particular ideology. Control of the fate of the population is more than ever in the hands of a select group of families, individuals and the corporate legacies they represent.

Today, the bix six banks hold 85% of the bank assets in the country and 96% of its derivatives activity. The Federal Reserve subsidizes banks with zero interest rate and bond buying policies. Five companies run most of publishing. Six media giants control 90% of  American media, in the process forming editorial content, notions of pop-culture and the dispersion of information to the population. Five health insurance companies dominate half of our nation’s health insurance policies (covering over 100 million people) and thus our access to the most cost-effective care. The approximately half a trillion-dollar federal defense budget favors five prime defense contractors.

More than half of the people in Congress are millionaires (with Democrats and Republicans about equally wealthy), placing them in the top 1% of the nation’s citizens from a wealth perspective.

Today’s tyranny of power lies also in the myth that we citizens enjoy equal participation or even representation in the political system within which the elected and unelected powerful operate, and through which they impact the rest of  us. But one vote of one individual does not equal the influence of one conversation with one major CEO or one golf-game with a blue-blood patriarch. Millions of votes don’t compensate for decades of tight relationships between the political and financial elite that collaboratively shaped domestic and international economic, military, national security and social policies.

Our country is much bigger in terms of population and land domination today than it was on July 4, 1776, but the concentration of power and wealth is smaller. Back then, we sought freedom from a King, now we must seek freedom from a plutocracy that operates to constantly consolidate its riches and influence to the detriment of broader economic equality and political representation.

In this latest course of human events, we must pursue independence from oligarchical control over our lives, liberties and pursuits of happiness.

We must pursue independence from corporate dominance over our individual economic destinies and collective opportunities to afford basic needs.

We must insist upon the separation of public office and private power crony alliances that increase rather than reduce inequality.

We must demand the reduction in defense budgets that foster international destruction and infringe upon individual liberties.

We must alter the fundamental trajectory of government-banking ties that dictate the flow of money backed by debt to the hands of those that speculate most dangerously with it.

In short, we must elevate the equality of humanity that pervaded the intent of the Declaration of Independence by moving away from the rapaciousness of old and modern tyranny that prevents it.