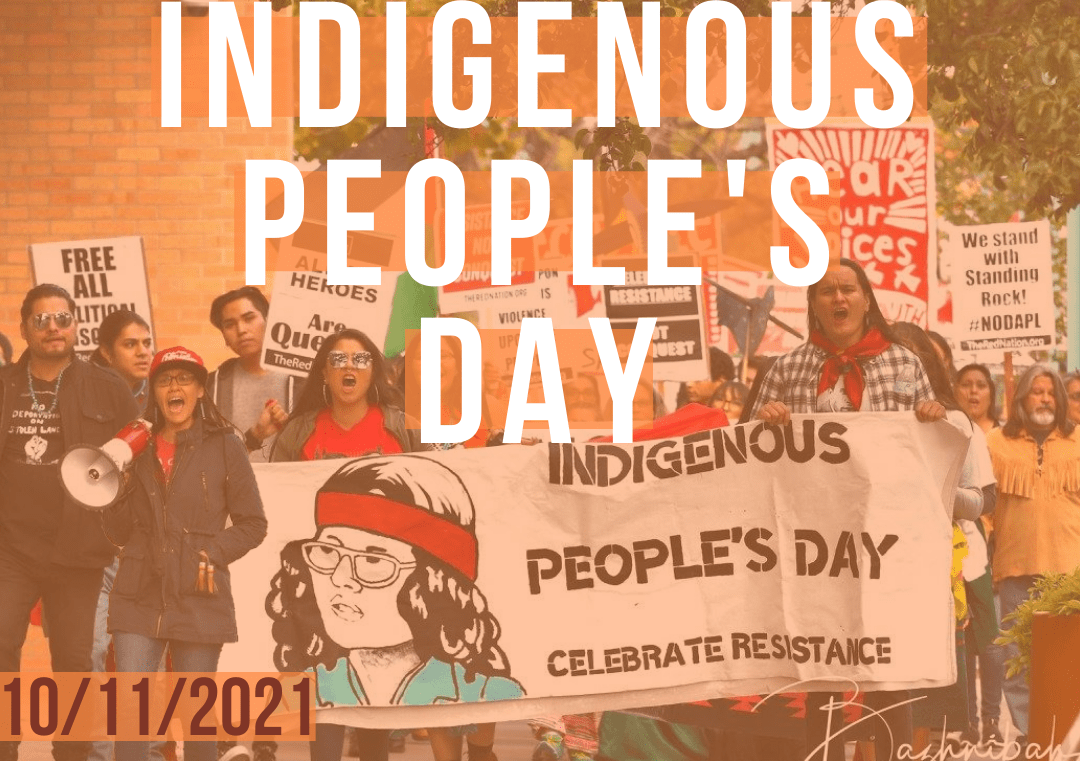 Join the Red Nation as we celebrate victories towards collective liberation and continued organizing against extractive industries, greedy capitalists, and settler colonization.

The proclamation declared that the day “shall be used to reflect upon the ongoing struggles of Indigenous peoples on this land.”  For the first time this year, the city and their nefarious initiative “One Albuquerque,” are hosting an alternative to our annual IPD march and rally, with Albuquerque’s Mayor Tim Keller as the keynote speaker.

Presently, Mayor Keller is pushing forward plans to construct a huge stadium in the historic Barrelas neighborhood, one of the oldest neighborhoods in the city, for New Mexico’s United soccer team. Community members are expressing how the stadium would increase their rent, increase traffic, and how the city should spend money on other things such as better schools or healthcare. Unsheltered people are also speaking out on how the construction of this stadium would greatly impact them. It is set to be built where various community health centers, resource centers, and communal areas for unsheltered people exist. It is clear that the stadium location is a strategic move to further dispossess Black, Brown, and Indigenous people in Albuquerque.

The city of Albuquerque continues to be the second, in the so-called United States, to have the highest number of Missing and Murdered Indigenous Peoples, specifically women and LGBTQ2+. For years, we’ve seen an increase in police and vigilante violence in Albuquerque and Tim Keller has yet to address the violence against Black, Brown, and Indigenous people. Yet, he will move to work with the upper class to assure their stadium is built and he will continue to deploy police on our most vulnerable relatives. It is a disturbing irony that Tim Keller is the keynote speaker for Indigenous People’s Day, yet so fitting for a One Albuquerque event. Let us remember, politicians do not drive our movements, our people and communities do!

Let us also not forget that Indigenous People’s Day is a victory that belongs to the people, not Tim Keller, nor Joe Biden. It is a day of not only celebration, but a day of resistance, a day to remember, a day to reclaim our rightful place on our land, and a day to remind people that our struggle for decolonization is ongoing. Our work is far from over. We remember that an estimated 55,000 Indigenous People call Albuquerque home; 35,000 are Diné, and 291 federally recognized Native nations are also represented in the city. Following the City Council decision, Diné activist John Redhouse told members of The Red Nation, “your collective vision and work is a dream come true.” Let us struggle onward as the humble people of the Earth!