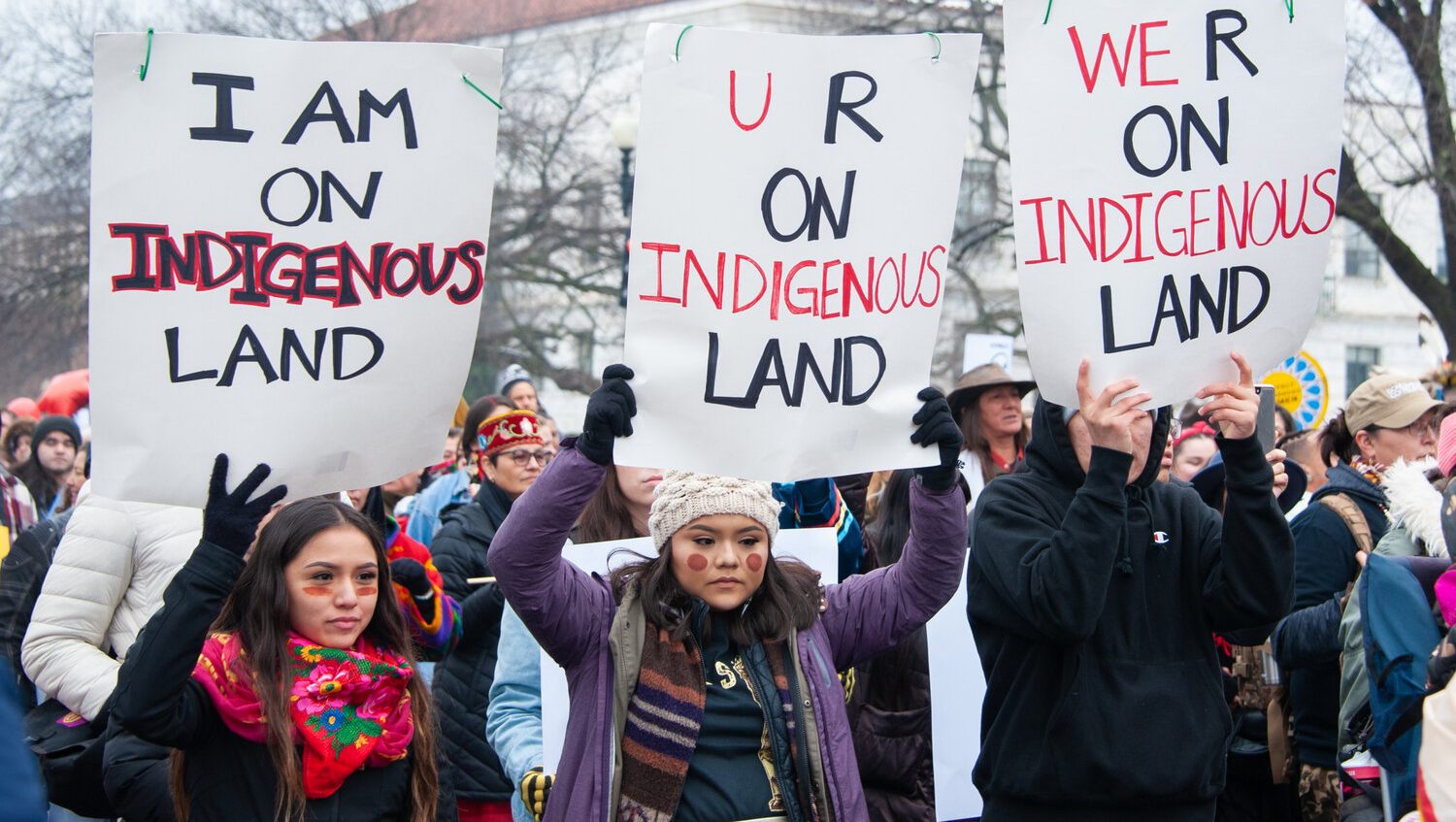 This week, as some people in the United States celebrated the mythical ‘Thanksgiving’ dinner, Indigenous Peoples held a National Day of Mourning and continued their resistance to defend the land and water. As Native American, Matt Remle, writes:

“Despite colonial efforts to exterminate, terminate, relocate, and assimilate Indigenous populations, Native communities continue to resist efforts to both desecrate Unci Maka and strip Native peoples of their languages, spirituality and communities.”

Settler colonialism continues to this day in the United States and around the world as do resistance efforts to reclaim what has been lost, including land, access to sacred sites, clean water, culture and sovereignty. Remle makes the point that non-Indigenous people benefit from this resistance. Around the world, Indigenous people are leading the way to end exploitation and build a better future for all of us.

Over the past week, Indigenous Peoples held national days of action in Canada. In Vancouver, activists shut down the port. They erected tents and lit a ceremonial fire in a major intersection to call attention to destructive projects like the Trans Mountain Pipeline and the need for “meaningful reconciliation for historic and recent injustices committed by Canada.” A solidarity protest against the Trans Mountain Pipeline was held by Extinction Rebellion activists who shut down a railroad track.

Across the country in Halifax, people blockaded a major bridge in solidarity with the Mi’kmaq and their struggle to defend their land and way of life. Virtual events were also held, and people sent solidarity messages on social media using the hashtag #CoastToCoast.

In the United States, protectors locked down to a pipeline pump station in South Dakota to protest the Keystone XL pipeline. Protectors also locked down to stop construction of the Line 3 Pipeline by Enbridge in Minnesota. The Trump administration recently gave the final permits to build Line 3.

Be aware that the Trump administration is also rushing through permits to give the San Carlos Apache Nation’s sacred Oak Flat to Rio Tinto, a copper mining country with a history of destructive behavior.

The Warriors of the Sunrise, made up of mostly Shinnecock Tribal elders in New York, are ‘occupying’ their land in The Hamptons to protest a state lawsuit against them over a monument they erected that also advertises Indigenous-owned businesses to wealthy people traveling to their vacation homes. The Shinnecock are struggling with extreme poverty and lack of rights because they are not federally-recognized.

In St. Paul, Minnesota, protesters are demanding justice for Karina Chosa, a young Indigenous mother who was struck and killed by a teenage driver. The driver, who is white, has not been detained or charged. Local organizers report there have been several incidents where prosecutors have not held white people accountable for injuring or killing people of color.

On a positive note, four tribes around the Klamath River recently won the removal of four out of six dams that are polluting the water and destroying the salmon population, which they depend on. This will be the largest dam removal in the world. I spoke with Regina Chichizola on Clearing the FOG about the campaign, which is an excellent model of an Indigenous-led struggle. 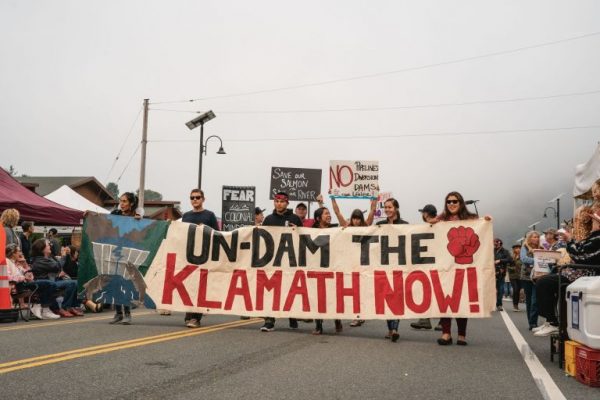 The United States’ holiday called Thanksgiving is another opportunity for non-Indigenous people to work towards reconciliation and reparation for the American Genocide. Indigenous people refer to the holiday as “Thanks-taking” because of all that was stolen by settlers.

There are many cultures that celebrate the harvest in the fall and give thanks for it. The United States’ version of this is problematic because it has been used as an opportunity to whitewash the American Genocide. It teaches children a mythical history in which occupying settlers were good people who treated Native Americans well. It covers over the facts that the United States was built using stolen wealth and chattel slavery. This is the foundation that made the US one of the wealthiest nations in the world while many Native Americans live in extreme poverty.

That same mindset of white supremacy, racism and capitalism continues today. It dominates the structures and systems that make this country what it is from the worldview and cultural norms that are taught in our schools to the policies and practices that oppress and exploit Black, Indigenous and people of color (BIPOC) to the US’ abusive treatment of people in predominantly non-white countries.

All of our struggles are connected and our hopes for a better future are inextricably linked to struggles for liberation. None of us can be free until we are all free. The people best suited to lead us to freedom are those who have been engaged in these struggles for centuries and who have survived with their humanity intact.

It is nothing less than heroic that BIPOC have suffered so greatly and yet are willing to work for the collective good. The reality is that we can’t end settler-colonialism by mimicking it. We need alternative systems and ways to structure our society. Indigenous nations provide many different models.

Just as people have worked to stop the celebration of Christopher Columbus and replace Columbus Day with Indigenous People’s Day, we must work to change Thanksgiving. It can still be a day to appreciate family and all that we do have, but it must not be wrapped in myths. Instead, it is an opportunity to learn about Indigenous nations and to perform acts of support.

Acts could include education about the truth of the American Genocide, learning about the history of the land where you live, participating in mutual aid projects for Indigenous peoples or buying from Indigenous-owned businesses. Visit Truthsgiving for more information and ideas.

The reality is that we don’t have to wait for next Thanksgiving to do these actions. We can support Indigenous people every day through the above actions and by decolonizing our activism as Regina Chichizola explains in the Clearing the FOG interview.