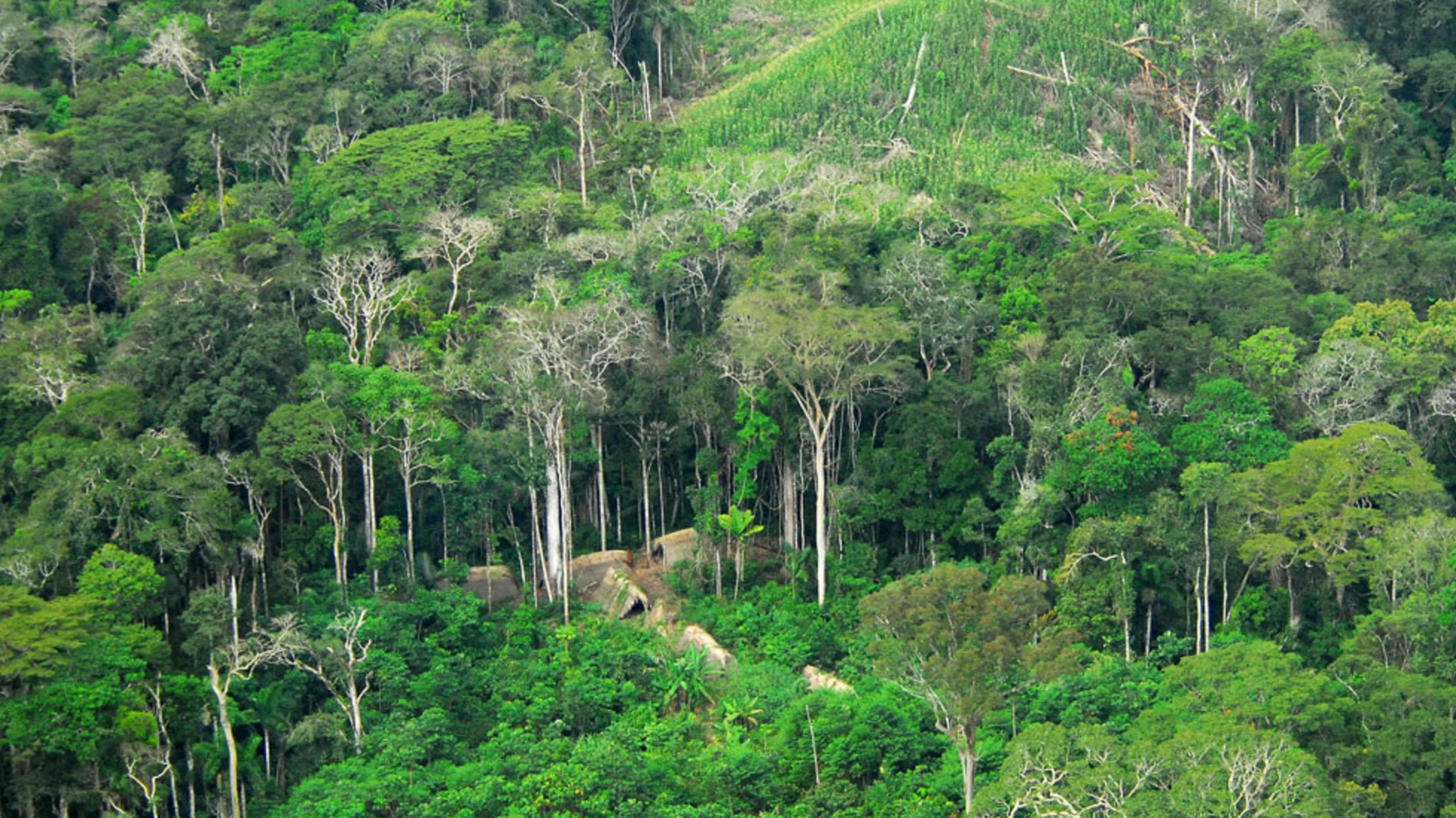 Above photo: Dwellings of an uncontacted tribe in the state of Acre, Brazil.Image: Gleilson Miranda/Government of Acre

Maxciel Pereira dos Santos, a veteran defender of Brazil’s indigenous people, has reportedly been shot dead in a remote Amazon town while riding his motorcycle.

The BBC reports Santos was shot twice in the head while riding his motorcycle down the main street of Tabatinga, a Brazilian city near the border of Colombia and Peru, according to a statement issued this past weekend by the National Indian Foundation (INA), a union representing workers at Brazil’s indigenous protection agency, FUNAI. This incident happened on the evening of Friday September 6, according to Brazilian newspaper Folha de São Paulo.

Santos worked at FUNAI for the past 12 years, where he defended both contacted and uncontacted Brazilian tribes from miners, loggers, farmers, and anyone else seeking to seize land in the Amazon rainforest. As Reuters pointed out, Santos was reportedly “murdered execution-style” in front of his family members. Police investigators have yet to disclose potential suspects or a motive, reports Folha de São Paulo.

The killing has been described as murder, but let’s call it for what it actually is—an assassination.

The incident coincides with rising international concern about the state of the Amazon rainforest, and its unfolding destruction. More than 100,000 fires have ignited in the Amazon this year, almost all of which have been intentionally ignited to clear land. Fingers of blame can be squarely pointed in the direction of Brazilian President Jair Bolsonaro, who has cut funding for the protection of the Amazon and the prevention of wildfires. The new president has also expressed his support for loggers and farmers setting the blazes while ignoring the rights of Brazil’s indigenous people.

In its statement, INA claimed that Santos’ was murdered in retaliation for his work at the Vale do Javari Reservation where he protected indigenous people from the “illegal invasions” by hunters, miners, loggers, and others. Vale do Javari is roughly the size of Austria, and it’s home to the world’s largest population of uncontacted tribes.

In a brief statement from FUNAI, the agency said it “publicly regrets the murder” of Santos, and that its president, Marcelo Xavier da Silva, will travel to the region this week, “where he will meet with public security authorities, requesting speed in determining the facts.” Santos’ death represents “a great loss to the Foundation,” noted FUNAI in its statement.

“His death highlights how standing up for environmental and indigenous rights protection can cost people their lives.”

Bioethicist Kerry Bowman from the University of Toronto has visited the Javari valley many times, learning about the relationship between forests, biodiversity, indigenous people, and climate change. Bowman personally met Santos several times in his role with FUNAI.

“I respected him greatly—he was a very brave man,” Bowman told Earther. “His death highlights how standing up for environmental and indigenous rights protection can cost people their lives.”

Bowman said river entry into the Javari valley has, until very recently, been strictly controlled by FUNAI, with its guards permanently posted at entry points to prevent illegal entry in an effort to protect indigenous people and the environment.

“Budgets have been slashed and protection is now minimal and increasingly challenged,” said Bowman. “The protection of places like the Javari represent not just environmental and human rights protection but also secures a climate shield, which benefits us all.”

Sadly, it’s not uncommon for Brazilian activists to be killed. Recent research shows 684 environmental defenders have been murdered protecting the natural world from exploitation. Many were killed in Brazil where 56 defenders alone were murdered in 2017, and Bolsonaro’s election last year could only raise the stakes.

As Bowman noted that Bolsonaro’s choice of Marcelo Xavier da Silva to lead FUNAI is troublesome news given his far-right views. He also has strong connections with Big Agricuture, which the Guardian points out, “the move effectively puts Brazil’s powerful agribusiness sector in charge of indigenous affairs.” As a taste, here’s what Silva told reporters in July:

“You want the indigenous people to carry on like prehistoric men with no access to technology, science, information, and the wonders of modernity. Indigenous people want to work, they want to produce and they can’t. They live isolated in their areas like cavemen. What most of the foreign press do to Brazil and against these human beings is a crime.”

Indeed, Bowman said Brazil’s new government “represents a major shift in views, and implementation of laws and policies in relation to indigenous people and the environment” and that de Silva in particular is “a major departure from previous values.” Bowman worried that it could lead to major development in indigneous areas, which includes protected reserves in the Amazon such as the Javari Valley.

Such encroachments could lead to more clashes and potentially more deaths. Brazil is becoming an increasingly dangerous place for indigenous people—and those who seek to defend them.