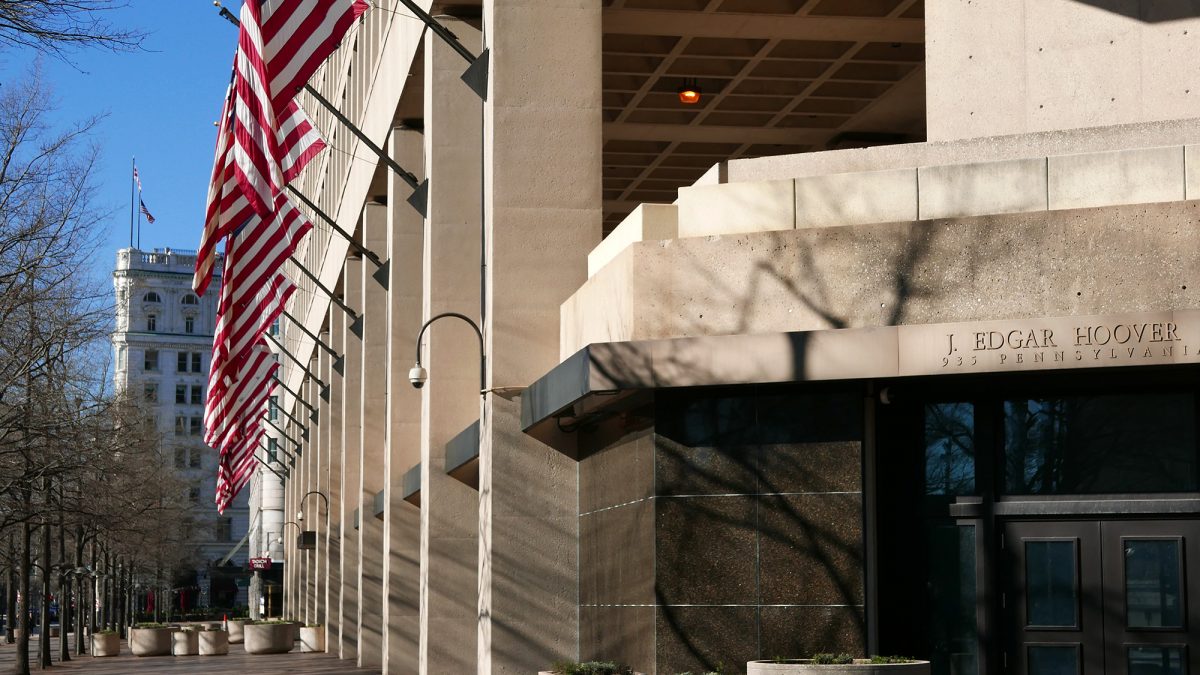 Board Must Consider First Amendment In FBI Terrorism Investigations

The Privacy and Civil Liberties Oversight Board (PCLOB) has asked for public comments regarding privacy and civil liberties issues concerning the government’s efforts to counter domestic terrorism.

You can read the full comments here.

Defending Rights & Dissent (DRAD) is a national civil liberties organization founded in 1960 and based in Washington, DC. Our mission is to strengthen our participatory democracy by protecting the right to political expression. The right to free speech faces enumerable threats, but we have long identified FBI counterterrorism authorities as a significant detriment to the First Amendment. In 2019, we published a report, Still Spying: The Enduring Problem of FBI First Amendment Abuse, documenting FBI abuses of First Amendment rights since 2010. The overwhelming majority of abuses documented were carried out pursuant to counterterrorism authorities. More often than not, these were related to domestic terrorism, not international terrorism. This includes investigations into Occupy Wall Street, Black Lives Matter, and anti-pipeline activists. Evidence in the public record suggests that attempts to counter domestic terrorism are the main vehicle by which the FBI monitors First Amendment protected activity.

Defending Rights & Dissent has an added interest in the impact of FBI domestic terrorism investigations on First Amendment protected speech. Our predecessor organization, the National Committee to Abolish the House Un-American Activities Committee was the subject of an abusive FBI domestic intelligence investigation. The FBI’s efforts to thwart our exercise of Constitutional rights were serious enough to be cited in the landmark Church Committee investigation as an example of abusive practices of the intelligence community.

Today’s domestic terrorism investigations are the direct descendants of yesterday’s domestic intelligence investigations. Some of the same investigatory classifications used to investigate our organization still exist, now as domestic terrorism classifications. Under its domestic intelligence investigations the FBI claimed wide power to investigate groups and individuals it labeled as “subversive” and “extremist.” While most of the groups dubbed “subversive” and “extremist” were engaged in First Amendment protected speech, the FBI claimed such groups could potentially infiltrate “legitimate” organizations and thus the FBI must investigate even the groups the FBI deemed “legitimate” for potential infiltration or influence by “illegitimate” actors. While we reject the idea that it is the FBI’s responsibility to determine what constitutionally protected political activities are legitimate or illegitimate, this allowed the FBI to cast its net broadly. Unsurprisingly, those political causes supposedly most likely to be infiltrated by “subversives” and “extremists” were those disfavored by the FBI’s leadership. Mere advocacy of those views then became justification for investigation (and in some cases worse) in and of itself. While the FBI’s powers to monitor “subversive” and “extremist” activities included a broad authority of “general intelligence” divorced from any law enforcement purpose, they were also justified on the grounds that such information was necessary to “prevent” future crimes.

The legacy of abuse of the FBI’s domestic intelligence operations led to a series of reforms. Foreign counterintelligence investigations, including those into “international terrorism,” were separated out from “domestic security” investigations. Domestic security investigations were meant to be narrowed from free ranging inquiries into political ideology to the prosecutorial pursuit of domestic terrorists based on a criminal predicate.

While this system failed to prevent all abuses, much of it was dismantled as part of the post 9/11 War on Terror. The wall separating intelligence and law enforcement was obliterated and investigations no longer required criminal predicates. In moves reminiscent of the FBI’s war on “subversive infiltration,” the FBI has launched counter terrorism investigations into groups it concedes are nonviolent on the grounds that future bad actors may infiltrate the group. The FBI’s approach to domestic terrorism classifies domestic “extremist” movements based on First Amendment protected speech. The FBI also takes a “preventative” approach to domestic terrorism that raises multiple constitutional concerns. While there is no evidence that the worst of the worst abuses of the pre-reform era FBI have been repeated, many of the practices that horrified oversight bodies in the 1970s are very much the norm again.

You can read the full comments here.