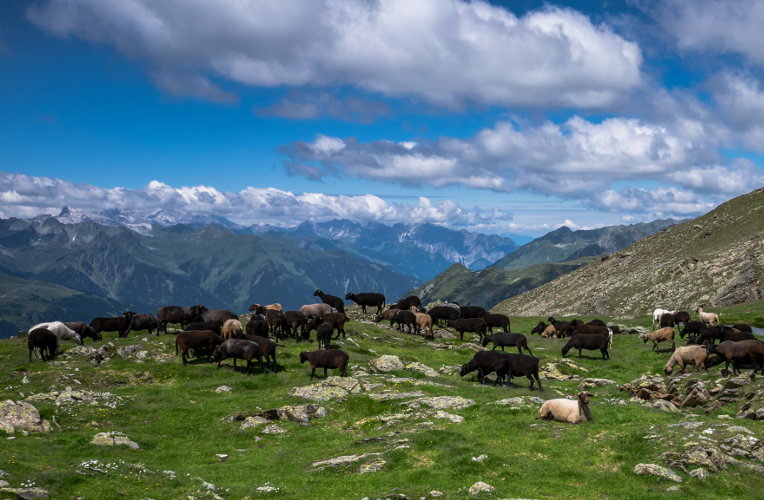 Democracy Rising is a series of blog posts on deliberative democracy: what it is, why it’s powerful, why the time is right for it, how it works, and how to get it going in your community. The series originates in the United States but will discuss principles and draw upon examples from around the world. Views and opinions expressed in each post are those of the individual contributor(s) only.

Vorarlberg is a state of about 400,000 people lying at the western tip of Austria and bordering Germany, Switzerland, and Liechtenstein. The state government has a history of exploring and experimenting with a variety of participatory approaches to involving citizens more deeply in shaping public policy. While cost considerations proved an impediment to using many them over the long term, for over a decade now the use of Citizens’ Councils has been a regularly recurring part of the state’s governance.

In 2005, Manfred Hellrigl, former director of what is now the Büro für Freiwilliges Engagement und Beteiligung (Office for Voluntary Engagement and Participation), attended a workshop with the organizational change consultant Jim Rough on Dynamic Facilitation (discussed below), where he learned about this powerful way of working with small groups. Manfred also learned about the Wisdom Council format, a way that small groups can catalyze change in larger systems. Hellrigl was pleased to find this combination could be as powerful, yet significantly more cost effective, than approaches to community engagement that he had used previously. The Büro began to use the Bürgerrat (Citizens’ Council) approach at municipal and regional levels throughout Vorarlberg. They continued to add some significant modifications to the original model as they did so, including stratified sampling, a concise initial briefing, the use of the World Café format to host a public meeting with the larger community at the conclusion of the Council, and the addition of a Respondents Group, a small group charged with monitoring the Council’s recommendations as they moved through the administrative policy-implementing process.

The Büro hosted the first state-wide Citizens’ Council in 2011 and by mid-2014 had successfully conducted 32 municipal, regional, and state-wide Councils. Councils have been held on diverse topics, including quality of life issues such as retaining youth in rural communities, support for aging populations, improving downtown areas, and creating policies that are child-friendly and family-friendly. Councils have also been used to address sustainability issues such as improving transportation systems and increasing regional energy autonomy.

The positive experiences of local government and citizens with this process led to an amendment to the state constitution in 2014, institutionalizing the Citizens’ Councils on a state-wide level. In addition to the commitment to host a yearly Council on a topic that the state government or the state parliament deems relevant, there is also an option by which community members can initiate a Council process on a topic of their choice by gathering 1,000 signatures.

Meanwhile, the model has spread to other nearby regions in Central Europe. In 2016, the Citizens’ Council model was used by the German Federal Ministry for the Environment for their Integrated Environmental Plan 2030. For this project, they organized six Citizens’ Councils in six major cities in Germany.

In brief, a pool of 400 to 600 community members is chosen by lot using a mathematically random process. The sponsoring agency (of a municipality, region, or state) sends out a carefully-worded formal invitation to these selectees, asking them if they would be willing to participate in a one-and-a-half day facilitated gathering that culminates in a presentation at a public event.

From those who accept the invitation, stratified sampling is used to select a group of 12 to 15. If a large number of people accept the invitation or if it is a particularly significant issue, two Councils of 15 people each are formed. The task for participants is to arrive at a consensus statement on the chosen policy area.

The core methodology used to support Council participants is Dynamic Facilitation, an approach that tends to evoke openness, inclusion, and creative solutions by generating a psychologically safe and productive environment for engaging creatively with differences. In the initial stages of the process, participants speak directly to the facilitators, rather than to one another. The facilitators invite participants to expand upon their initial statements, reflect back to check their understanding, and harvest each contribution onto four charts: Solutions, Concerns (with respect to already-proposed Solutions); Data (including context and perspectives); and Problem Statements.

In the first part of the roughly two-day process, participants’ initial perspectives are “downloaded” and offered a hearing, the differences in the room are welcomed and heard in depth, and new thinking is catalyzed. Participants are then asked to indicate which of the many contributions that have emerged could be the basis for beginning to give form to common ground, based on the shared understanding that has developed throughout the process. Participants thus far have been creatively exploring differences and generating possibilities; now they take these items that have been identified as potential points of convergence, as starting points for developing their final recommendations.

Once the Council has completed its work, participants share their findings at a Citizens’ Café, an open public meeting hosted using the World Café method. This means that after hearing the recommendations of the Citizens’ Council, participants at the public Café have the opportunity to explore their own responses, first in small groups, then all together.

There is a wide-spread hunger for authentic communication on societal issues. Participants in Citizens’ Councils frequently mention how meaningful they have found the experience, commenting specifically on how motivated and engaged they have become, how much learning has taken place, and how much valuable information and perspectives their fellow citizens have been able to contribute. They especially appreciate the opportunity to be deeply heard, the creative energy of the process, and the value of having a diverse group of participants.

The energy and excitement of a Citizens’ Council can be contagious. As described above, Council members share their findings and stories of how they arrived at common ground at a public Citizens’ Café that takes place shortly after the conclusion of the Council. The Cafés generally range in attendance from 50 to 150 people and are publicized by the sponsors of the Council. Event organizers report that community members who attend the Cafés are usually inspired by the work of their fellow citizens, as evidenced by the small-group conversations at various tables following the initial presentation (a design feature of the Cafés) as well as by participants’ public comments and responses during the whole-group conclusion of the event.

Strong feedback loops and close links to implementation are key. As described above, there is a strong feedback loop built into the process through the Responders Group. This attention to communicating the outcomes of the public’s input to the policy process goes a long way toward ensuring its success.

Different levels of participation can still be valuable. A 2020 report for the Organisation for Economic Cooperation and Development described nine models of citizen participation. Four of them develop “informed citizen recommendations on policy questions” and require up to 18 days of in-person deliberation. The other five, including the Citizens’ Councils, seek “citizen opinion on policy questions” and generally require only one or two days—yet when done well can still produce useful results.

In the Büro’s 2014 Interim Report, policy-makers mention how, due to the random selection or “civic lottery” nature of the process, the Councils do not become the mouthpiece for special interest groups, but instead speak for a broad and diverse public which is otherwise silent. Administrators mention their relief that “the fear of long wish lists to Santa Claus has not been realized. Instead, constructive proposals predominate, and essential things are named in ways that are completely self-critical, realistic, and responsible.”

For their part, community members mention their appreciation for the opportunity to discover their shared ability to develop new and creative results, especially on difficult topics. Overall, Citizens’ Councils are seen as making a significant contribution to a new political culture of cooperation where people listen to each other attentively and where a diversity of perspectives is seen as enriching rather than as a source of heated arguments or division.

While the use of Citizens’ Councils has created an ongoing culture of participation in Vorarlberg, developing a new political culture takes time. It also requires repeated instances of participation that are conducted with integrity and careful follow-up. In the words of Manfred Hellrigl, the former director of the Büro,

“In order for these methods to be used successfully, they also need certain conditions, such as an honest interest on the part of policy-makers […] along with the real willingness to engage in open-ended processes. Do we really want to know what community members think? What moves them? Are we open and willing to endure hearing other perspectives? Are we ready to learn and to develop further our own point of view?”

Those are the kinds of questions that elected officials and public administrators could ask themselves if they wish to make good use of this powerful and cost-effective approach. Otherwise, if Citizens’ Councils are used simply as inexpensive participatory window-dressing, there is a significant risk of increasing public cynicism from lack of follow-through.

For a highly technical issue that would require a more in-depth learning phase and a longer process, the length of the Citizens’ Council would need to be extended. Likewise, in a situation that requires much larger numbers of deliberating participants in order to ensure public legitimacy, the Citizens’ Assembly model, which involves a much larger number of people and a longer time frame, would be a more appropriate choice.

Citizens’ Councils can also be part of a broader range of processes used within a given region to support a larger “deliberative system.” That is indeed how they are used in Vorarlberg, where the Büro is a proponent of the Art of Hosting, a participatory approach to facilitating dialogue and deliberation. The Büro also hosts regular public Pro-Action Cafés in Bregenz, the capital of Vorarlberg, as a way to support social capital and creative collaboration in the community. These Pro-Action Cafés are a great way for community members to offer feedback and support to one another’s creative initiatives.