Demonstrators Call For Juan Guaidó To Be “Put On Trial”, Not Legitimised By UK Government

Venezuelan opposition figure Juan Guaidó led a US-backed coup attempt in Venezuela in 2019 after declaring himself “interim president” of the country. Guaidó also backed US sanctions on his country which the Center for Economic and Policy Research blamed for killing 40,000 Venezuelans between 2017 and 2018.

Over two dozen people gathered across from the UK Prime Minister’s residence to denounce a visit by Venezuelan opposition figure Juan Guaidó. The protest was arranged at the last minute by the Hands Off Venezuela (HOV) campaign following the announcement that Guaidó would be speaking to members of the Venezuelan diaspora in Bethnal Green later on 21 January. 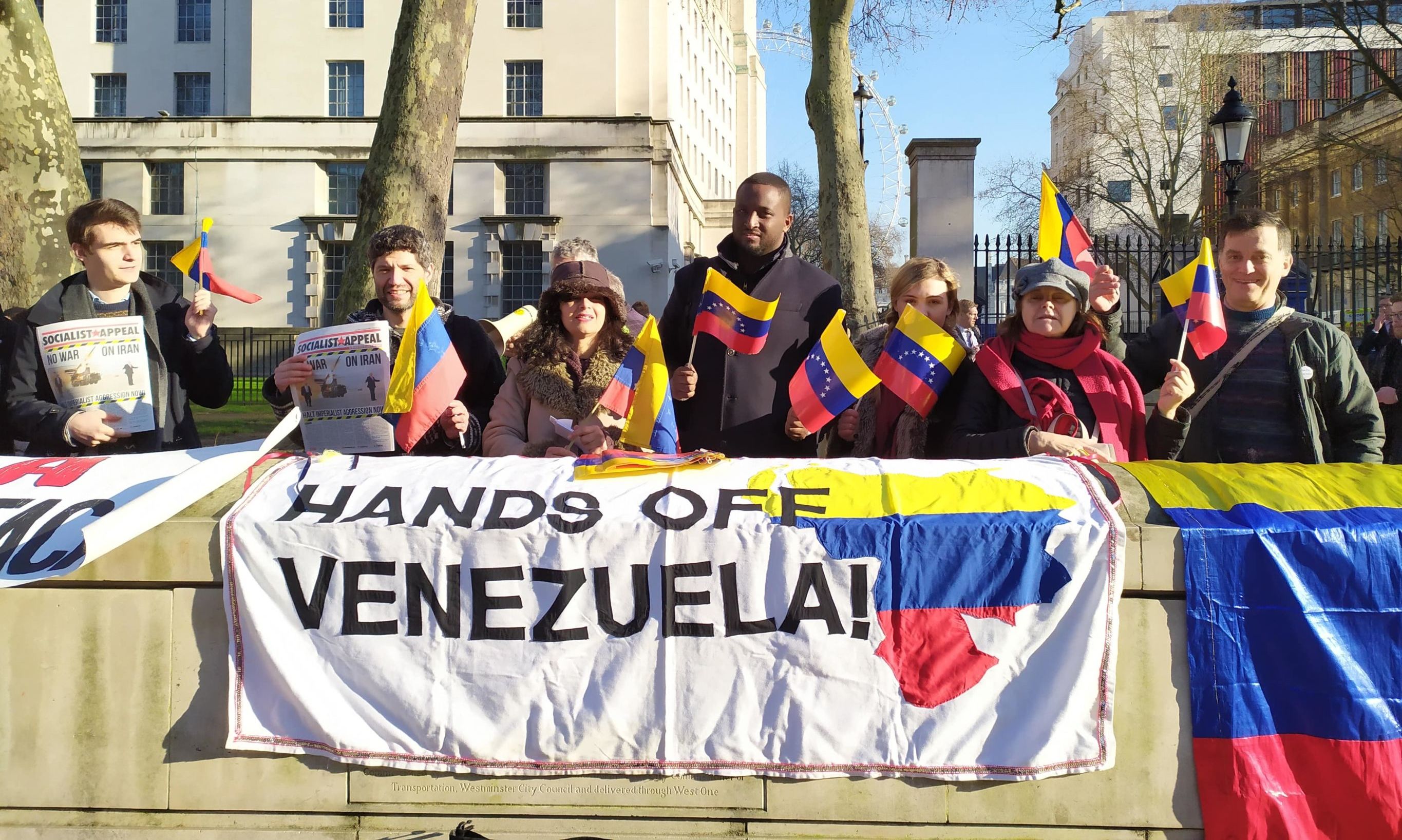 The Eventbrite page setup for the Bethnal Green discussion refers to Guaidó as the President of Venezuela, notwithstanding the fact that Nicolás Maduro was elected president in an election which four groups of international observers signed off as “clean” in 2018.

Jorge Martin, who founded HOV following the failed 2002 coup attempt  in Venezuela, described  Guaidó as a “puppet of the US administration”. He said that the men and women who attended the protest don’t think the British government should be meeting  Guaidó.

He also explained that after  Guaidó declared himself interim president in February 2019 “he decided to lead a failed military coup against the democratically elected president of Venezuela Nicolás Maduro”.

“This person should be arrested and put on trial in Venezuela for having attempted to overthrow the democratically elected government”, he argued.

Jorge Martin (@marxistJorge), of @HOVcampaign, explains that demonstrators gathered across from Number 10 today to denounce a visit by Juan Guaido who they say should be tried for leading a “failed military coup against the democratically elected president of #Venezuela“. pic.twitter.com/C1wFW2BLVQ

​ “[Guaidó] has no power whatsoever. In fact he actually lost the elections this year as president of National Assembly”, Carolina Graterol, a Venezuelan freelance journalist added. “He shouldn’t be here anyway, because he’s nothing anymore in the Venezuelan parliament, let alone supposedly ‘interim president’”.

Juan Guaido “has no power whatsoever [in Venezuela]. In fact he actually lost the elections this year as president of the National Assembly”, says Caroline Graterol (@Moncaro) during a protest against a visit by Guaido, across from Number 10. pic.twitter.com/1yZC9rgJ5S

​US sanctions against Venezuela have created a “terrible situation” for the country, Graterol added. She pointed out that Guido has supported the sanctions against his own country which are “stopping the government from buying medicines, from buying food… they are strangling the economy” she said.

Ahmed Kaballo (@AhmedKaballo) explains that when he was in #Venezuela during the failed coup attempt in February 2019 he noticed a clear division between supporters of the government who blamed US sanctions for the economic crisis & opponents who blamed the govt for their woes. pic.twitter.com/9XC7Pdf9UT

​The Washington based Center for Economic and Policy Research published a report in 2019 which found that 40,000 Venezuelans died as a result of US imposed sanctions between 2017 and 2018. The report warned that the situation would only worsen as the Trump administration increased the severity of the sanctions.