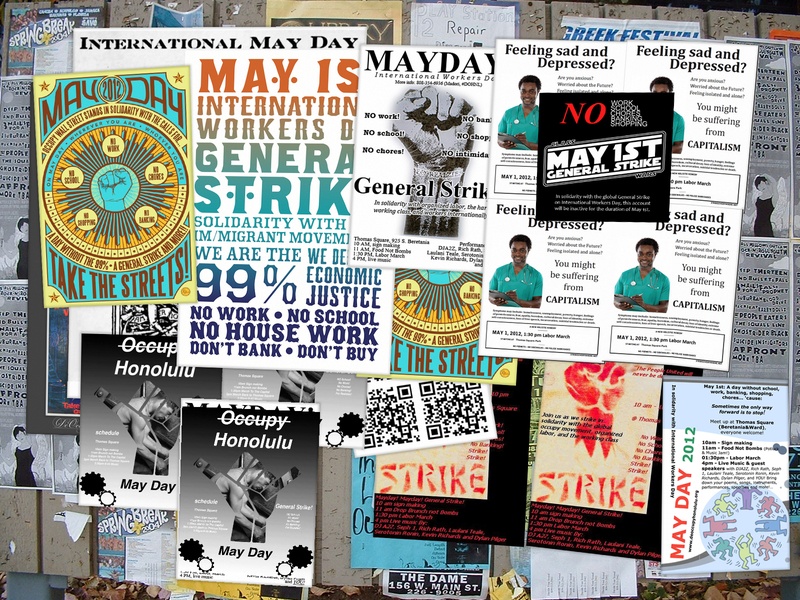 Two (de)Occupy protestors were sentenced to prison on Monday. They were found guilty of obstructing government operations after refusing to move when city crews were citing and removing tents from the sidewalk at Thomas Square.

If Catherine “Sugar” Russell is feeling remorse for obstructing government operations, she didn’t show it. Neither did Blade Walsh.

But, both face time in jail for their actions while the city was removing tents and other items from sidewalks.

“My father would be proud to have me protecting people,” said Russell. “He instilled integrity, charity and standing up for those who need help. I am pono. Blade is pono. Madori is pono and (de)Occupy Honolulu is pono.”

Russell describes herself as a “protesting houseless advocate.”

But, Judge Patrick Border didn’t seem to agree sentencing her to 60 days in jail.

“Someone exercising her right of free speech and for her saying you cannot steal from the houseless population of the island any longer, 60 days is a lot,” said Russell’s lawyer Iokona Baker. “She doesn’t have a prior criminal record here. I think it’s too much.”

Walsh didn’t back down either.

“I stand by what I did. I was there to help defend free speech and my friends’ property,” said Walsh.

But, what he did landed him 45 days in jail.

“Really, the facts of the case that came out, even in the trial, that were documented on the video tapes produced in evidence shows my client really sitting down cross-legged inside of a tent,” said Walsh’s lawyer Andrew Park. “For that now, he’s been sentenced to 45 days so I am a little disappointed with the sentencing.”

Both plan to appeal. This makes three (de)Occupy protesters in jail.

Earlier this month, (de)Occupy protester Mador Rumpungworn was sentenced to 30 days in jail.