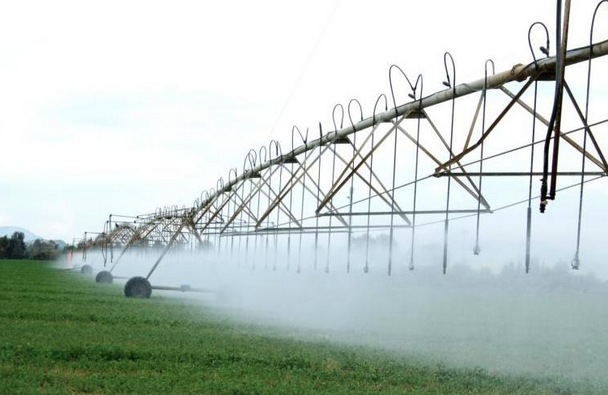 Europe banned the cultivation of GM rapeseed, but new studies prove that genetically modified Brassica napus L. is growing all over Switzerland. This is likely the first study of its kind to prove that cross-contamination (or possible illegal seed spreading by Biotech and Monsanto) is a bigger problem than anyone may have suspected.

The study published in PLoS is titled, “Unexpected Diversity of Feral Genetically Modified Oilseed Rape (Brassica napus L.) Despite a Cultivation and Import Ban in Switzerland.” Of 105 plants sampled, 15 contained the banned GMO rapeseed variety. Though this was considered a ‘small’ contamination rate in the study, there obviously should be no GM plants present at all considering the ban. This is concerning, too, since once GM seeds are introduced into the wild, they can continue to cultivate, interbreeding with non-GM, local plants.

Furthermore, the plant samples that contained GM were growing along railway lines and ports in four different areas in 2011 and 2012, with the most afflicted areas being Rhine port of Basel and the St. Johann freight railway station in Basel, Switzerland.

Researchers noted that this was the first time that Bayer’s feral MS8xRF3, MS8 or RF3 plants have been detected in Europe.

Another troubling finding was the discovery of ‘outcrossing’ (transference of genetic material between differing plant strains) between Monsanto’s GT73 GM plant and two non-GM oilseed rape plants. This has been described as the rogue DNA tendency in GM technology. In fact, new gene sequencing performed on Roundup Ready soybeans has revealed that RR varieties have more foreign DNA than Monsanto, or the US government thought.

This confirms the protestations of experts who have been saying that non-GM pants can be turned to GM plants, transforming conventional and organic crops into GM atrocities in a form of “biorape.”

Dr. Vandana Shiva controversially tweeted that genetically modified organism imposition in India is akin to rape, earlier this year. Now it seems, Monsanto is having its way with Switzerland.

The “unintended gene flow” is described as a concern in the PLoS study; however, I attest it was quite intended by biotech.

“Another concern with respect to the cultivation of GM OSR [genetically modified oilseed rape] is an unintended gene flow towards conventional or organic OSR crops which could lead to co-existence conflicts between different farming systems.”

All this has happened despite a ban on GM cultivation:

“In the European Union, GM OSR cultivation is presently prohibited and authorization for the import for food and feed processing is confined to the GM OSR events GT73 (Roundup Ready, Monsanto), MS8, RF3, MS8xRF3 and T45 (all traded as InVigor, Bayer CropScience)[11].

GM crop plants have found even less acceptance in Switzerland where currently neither the import nor the cultivation of GM OSR is allowed at least until the end of 2017 [12], [13]. Nevertheless, the spread of GM OSR cannot totally be prevented by cultivation or import bans. In Japan, where GM OSR is imported but not cultivated, feral glyphosate- and glufosinate-resistant GM OSR plants have repeatedly been detected in port areas and along transportation routes [14]–[17].

The feral GM plants found most likely originated from imported transgenic seeds that were spilled during transport to oilseed processing facilities. Two countrywide studies from Switzerland have reported the occurrence of glyphosate-resistant GT73 OSR from four sites in 2011 and 2012 [18], [19].The case of Switzerland is remarkable, because GM OSR has neither been cultivated nor imported into the country. [emphasis added].”

Authors of the study state that the contamination likely happened through spillage from non-GMO seed moving through Switzerland – so exactly how much of the world’s seed supply is already contaminated with biotech’s product?

Considering the recent discovery of GMO wheat growing illegally in an Oregon cornfield, it is obvious we are clueless about just how vile GM crops can be when it comes to contaminating the world’s food supply.

As long as countries like the US continue to grow biotech seed, they can still purposefully or inadvertently be shipped to other countries which have bans in place, further contaminating conventional crops.

While US Universities have examined ways to mitigate crop contamination, it looks as though these efforts will be null as long as GM crops are grown.