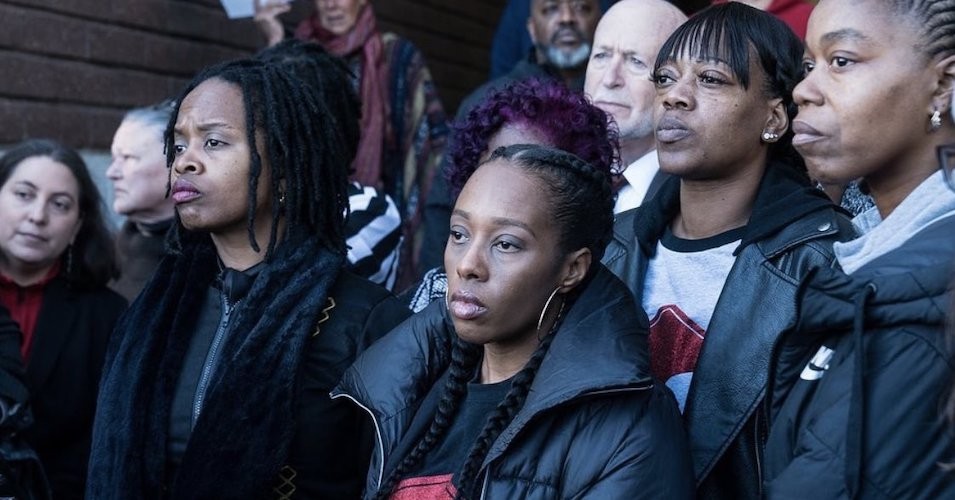 Members of the advocacy group “Moms 4 Housing” were forceably evicted from a home they were occupying in Oakland early Tuesday morning by armored police, hours after community members turned out in force to show support for the coalition of homeless and marginally housed mothers pushing to end the housing crisis in the Bay Area.

“We’ve built a movement of thousands of Oaklanders who showed up at a moments notice to reject police violence and advocate for homes for families,” the group’s Twitter account said shortly after the arrests Tuesday. “This isn’t over, and it won’t be over until everyone in the Oakland community has a safe and dignified place to live.”

The home on Magnolia Street—which was bought in foreclosure by real estate speculation firm Wedgewood, Inc.—was occupied by Moms 4 Housing in November as a protest of the housing market in the Bay Area. The group claimed squatting rights, but Wedgewood, one of the investment firms flipping houses in the region, took them to court and ultimately won.

Demonstrations against the group’s eviction filled the streets outside of the house on Monday night.

The crowd of supporters has tripled in the last ten minutes. We love you, Oakland. #IStandWithTheMoms pic.twitter.com/OFMVlVp3ij

Wedgewood has said it wants to help the group; Moms 4 Housing countered Monday by requesting the company resell the home for the $501,000 paid for it during the foreclosure auction.

If Wedgewood wants to help they should #SellTheHouse for what they paid for it. Forcing our kids into a homeless shelter isn’t helping. pic.twitter.com/06DFbPnYW0

News that Alameda Sheriffs were coming to evict Moms 4 Housing inspired a huge community turnout on Monday night which delayed the expulsion. But just before 6:00 am local time Tuesday the sheriffs raided the home and marched members of the group out of the house in handcuffs.

Video from the group shows the raid:

Journalist Zoé Samudzi noted the tactical gear worn by police, calling the outfits and weaponry “a show of force and a willingness to arrest and escalate when CHILDREN are in that home.”

[Ongoing thread] Some really worrisome optics this morning as the state is forcibly evicting the @moms4housing from the house they’re inhabiting. Such a show of force and a willingness to arrest and escalate when CHILDREN are in that home #IStandWithTheMoms https://t.co/ZbhlsP4H8O

“I just think it’s important to say that we need to take speculation out of real estate, and we need to decommodify housing,” Fife said in the minutes before the interview ended.

.@moms4housing‘s interview with @democracynow was cut short this morning when word came in by text message that the sheriff was at the door to evict the families who have been living in a vacant house in Oakland. Oakland has four times as many empty houses as unhoused people. pic.twitter.com/oRdGWKbXjC

Walker and Fife held a press conference outside of the home after the raid.

More from the press event pic.twitter.com/NXVurJj2i5

“It’s rare you get moments that expose the system but this is one of them,” said Fife.