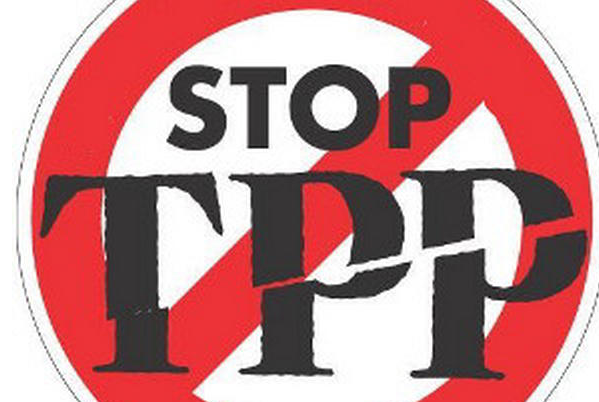 Do you have your savings in a mutual fund? Does your pension fund invest in stocks, just as mutual funds do? If so, you may want to know this has been a bad week for U.S. stock markets. The Dow and Nasdaq indices have plummeted big time, but not because of the U.S. economy which is showing signs of revival. It is, as the Wall Street Journal reports, mostly because of the woes in China plus the shakiness of the depressed Greek economy and weaknesses of the economies in other larger emerging nations such as Brazil and Turkey.

Welcome to the world of extreme dependency by the U.S., the world’s biggest economy, on the instabilities of small and large nations overseas. This dependency is exactly what the giant corporations further by pushing globalization, often to misname it “free trade” in order to boost Congressional and White House support for the “global economy”.

Although big business won’t go so far as to advocate U.S. dependence-inducing globalized markets for oil, they are pushing for trade agreements that make the U.S. more dependent even on essentials like food and medicines.

For example, 80 percent of our seafood is now imported, often through dubiously treated fish farms from China. Eighty percent of the ingredients in the medicines you take come from China and India where there are very few inspectors from the Food and Drug Administration, assuming they can gain entry visas.

The 2014 report to Congress from the U.S.-China Economic and Security Review Commission describes the recent casualties and looming dangers to the health of the American people from uninspected or counterfeit drugs.

U.S. companies and importers are working hand-in-hand with these exporters to increase their markups and lower costs by displacing U.S. domestic production. Corporations and patriotism are rarely associated.

How often have you been told that trade agreements like NAFTA, GATT and the pending Trans-Pacific Partnership (TPP) are “win-win” deals for all signatory countries? But are you told that the U.S. has been buying more abroad than it is selling abroad, leading to huge trade deficits for more than three decades?

China shipped “nearly four dollars’ worth of goods to the United States for every dollar’s worth of imports it purchased from the United States” (according to the above-noted Report) for a deficit exceeding $300 billion and growing each year.

These regular trade deficits mean we’re exporting millions of jobs. When chairman of the Federal Reserve Alan Greenspan was asked over fifteen years ago at a Congressional hearing whether he was worried about these annual trade deficits, he replied that he would be concerned only if they continue unabated. Mr. Greenspan has not been heard from since on his projected worries.

Of course the ultimate, latter stage dependency created by corporate globalization is when our own health, safety, labor and legal/democratic standards are pulled down by the combination of fleeing U.S. corporate giants in cahoots with fascist regimes overseas.

To be first or best with labor rights, environmental or safety standards for our people is to be accused of imposing “non-tariff trade barriers” against imports from countries that treat badly their consumers, workers and environment. So, for example, our being first with an auto safety standard, a food labelling requirement or a ban on a toxic chemical here lets exporting countries sue the U.S. in secret tribunals in Geneva, Switzerland whose decisions by corporate lawyers (temporarily sitting as trade judges) are final.

If we disobey these secret rulings, countries that win can collect billions of dollars in fines from you the taxpayers. Did you know that international trade could impose its profiteering zeal on your daily health and safety and get its way, not in our courts, but in kangaroo courts closed to the public?

You’re entitled to ask whether you ever agreed to this corporatism when you voted for your Senators, Representatives and Presidents.

Meanwhile, better take a last look at the country-of-origin label on the meat packages sold in your neighborhood supermarkets. Brazil and Mexico beat the U.S. in a secret tribunal in Geneva and were ready to charge us billions of dollars because of these labels. So, the Congress is rushing to repeal its own country-of-origin labelling law—supported by just about every American—to avoid being fined. Isn’t that crazy?

Isn’t it time for us to bear down on our corporatist politicians and export them out of our legislatures?

For more information to quicken your resolve, seehttp://www.citizen.org/trade/.