Michigan residents have been coming together as apart of the Silence the Violence Rally for nearly over a decade. Silence the Violence continues to be an opportunity for people to show their commitment to ending violence in their communities and has grown from a local rally to a national event. This year’s rally locations have spread from Detroit into Chicago, Atlanta, New Orleans, Baltimore, New York, and Boston; as well as a host of other local cities in the Detroit area that include Flint, Pontiac, Highland Park, and Ypsilanti. Attendees use the event to define violence in a variety of ways from individual, gang violence to domestic and state violence. In each case, violence degrades the unity that would sustain a potentially strong community.

Gang violence has long ben recognized as a threat to community sustainability. This year’s rally is being used to honor the lives of those lost to unnecessary violence. Through participation in these types of events we come to the realization that our community, like a quilt, is made up of people from different fabrics of life. Our differences can lead to conflict, but rather than addressing conflict through the use of violence we need to create spaces where our concerns can be addressed in a healthy and positive way. The violence that continues to plague us was the same type of violence that was forcibly introduced to us as a method of control from our oppressors during the Slave Era. Now violence has been melodically ingrained in us through media and musical entertainment. This rally calls for an end to dependance on violence as a form of community control. Violence must be silenced due to its ineffectiveness and tragically heavy social consequences.

When the value of our humanity is prioritized over being territorial,  then we can use organizing as a method of community protection rather than violence. Through organizing we can accomplish more for the collective than violence would ever achieve. Violence may seem to some as an effective method in the short term for establishing dominance, settling rivalries or enacting revenge but rather than accomplishing any of those things violent measures destroy families and continue rivalries. We are not animals, therefore we do not need to be territorial or depend on violence in order to ensure our success. 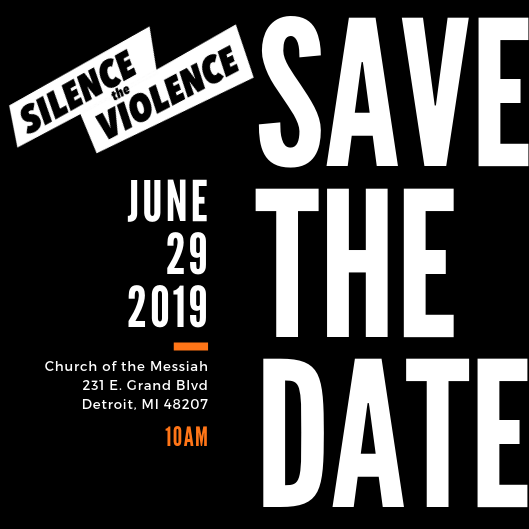 We can ensure our success through mutual community development. Understanding that gang rivalries are not even maintained by gangs themselves we should no longer allow rivals between groups to keep us divided. There have been multiple instances where groups have achieved peace and unity where violence is instigated by outside forces to destroy potential development. The Black community has a history of gangs organizing to protect its surrounding communities, this should be the norm. Sadly, our own community members have consistently been used as pawns to keep unnecessary violence going on far past anyone remembering how rivalries may have started. This not only happens in the streets, it continues on the inside, in the prisons where many unfortunately end up who cannot control their violent behavior. There is where prisoners are constantly pitted against one another in order to keep them divided. A prisoner in Texas’ United States Prison in Beaumont recently shared with me his frustration with the prison being placed on lockdown, “Staff claims  a possible race riot. The phony thing about it all is that these feds, instigate race riots…When I arrived here staff has attempted several times to provoke an altercation between Mexican and CPA and Caucasian and CPA. This is the move with these feds (judges, prosecutors, fbi, politicians, etc) they use the inmates to do their dirty work.” It’s obvious that the population is being used against one another, there’s no reason to continue to allow this type of behavior or divided attitude.

We know the cycle and have heard the phrases, ‘ or be killed’ and ‘all the real ones end up dead or in jail’. Why are we satisfied with these outcomes? Knowing that neither dead members or incarcerated members are productive in building a strong community we must strive for more. I’m excited to see Detroit taking a lead in searching for alternatives to violence as a form of community control and replacing that with community organizing. The rally focuses on connecting community organizations, religious organizations, government leaders, law enforcement and business leaders who are committed to making positive changes in their communities. If you’re interested in being an active part of that change please show your support by attending the rally and connecting with local organizers on a cause you’re passionate about.