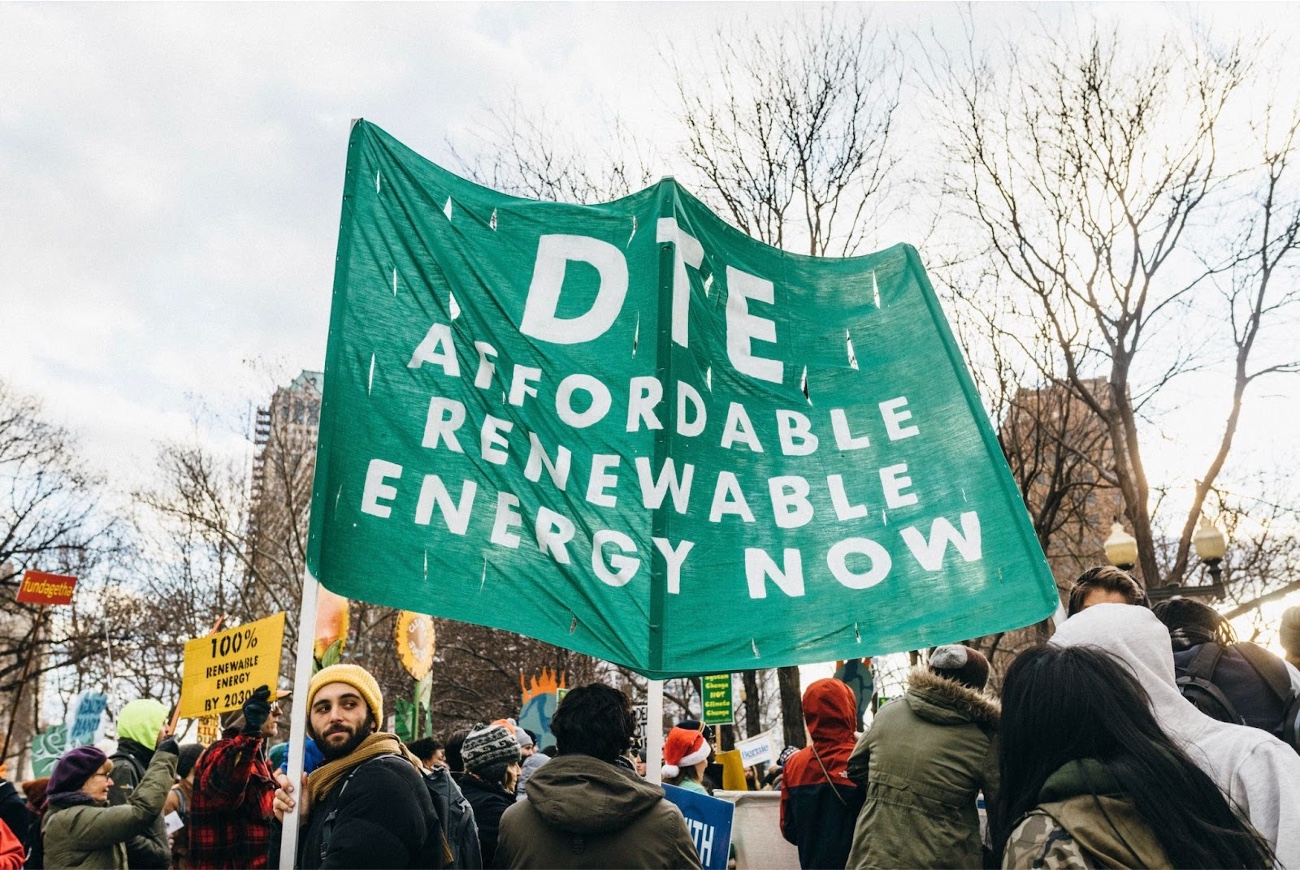 Detroiters are confronting regulators who are deciding whether private utilities can extract more profits from the working class during energy, inflation, housing, and climate crises.

Detroit, Michigan – Recurring power outages have become a fact of life in Detroit and Southeast Michigan. The most recent mass outage left hundreds of thousands in Metro Detroit without power following a brief windstorm on August 29th. Four days on, tens of thousands were still unable to run their medical devices and prevent their food from spoiling. With outages becoming more severe and more frequent as the climate crisis worsens, profit-driven utilities want to take more out of the pockets of working people struggling to afford their unreliable energy service.

Even before the most recent outages, the frustration in Detroit and surrounding areas was palpable. On Monday, August 22, hundreds demonstrated and turned out to a public hearing held by the Michigan Public Service Commission (MPSC) to denounce DTE’s latest exorbitant electricity rate hike amid soaring inflation and perennial outages. Organizations like the Michigan Environmental Justice Coalition (MEJC), which launched the *Work for Me, DTE!* campaign in 2018 to demand more affordable and sustainable energy, helped mobilize turnout through a call to action. Supporters and grassroots groups like the Charlevoix Village Association (CVA) also attended the first-ever hearing.

DTE Energy, one of the largest investor-owned utilities in the United States serving 2.2 million customers in Michigan, is seeking the MPSC’s approval to impose an 8.8 percent price increase on residential customers starting in November 2022. If the MPSC approves the rate increase, payers will be on the hook for an additional $388 million per year in household electrical bills.

Detroiters recognize this rate hike for what it is: a slap in the face to working-class people who have seen their buying power fall as they endure widespread utility shut-offs and system failures amid rising inflation. Toyia Watts, president of the CVA on the Eastside of Detroit, summed up the mood in the room to cheers and applause when she challenged the MPSC and other undemocratic agencies that hold peoples’ well being in their hands: “How do we survive with all of these dictatorships?”

According to an analysis by the National Energy Assistance Directors Association (NEADA), an estimated 20 million households in the United States, about one in six, are already behind in their utility bill payments and at risk of shutoffs. Black and Brown people and low-income households are at heightened levels of risk. In 2021, amid numerous outages, DTE shut off 178,200 customers for non-payment, almost twice as many as other large energy providers in Michigan. Independent analysis of national electricity rates places DTE in the top five percent of all providers without its most recent rate increase request. Even prior to soaring inflation, Detroiters were forced to choose between paying for the rising cost of housing, the nation’s highest car insurance rates, energy bills, or food and prescriptions.

In its rate increase request to MPSC, DTE claims that ratepayers should shoulder higher costs to improve generation and distribution infrastructure to meet the region’s needs and improve reliability. Detroiters, however, are well aware of DTE’s track record. With a near monopoly in its service area, the company isn’t interested in increasing reliability and efficiency — it seeks to increase profits for its shareholders and executives. Even over the course of the pandemic, DTE delivered nearly a billion dollars in net profits annually, but reliability has only continued to deteriorate. DTE’s modernization efforts in Detroit have primarily benefited industrial and municipal customers, not everyday people whose infrastructure is, on average, 24 years past its useful lifetime.

The MSPC is likely to approve the rate hike, which comes amidst the dramatic erosion of Detroiters’ buying power as inflation, soaring housing costs, and the resumption of the property tax auction, which has dispossessed tens of thousands of homeowners over the last decade.

Forcing the hand of the MPSC would require both militant disruption of its undemocratic meetings and upsetting DTE’s ability to reap sky high profits by exploiting the working class through rate hikes. Workers like the University of Michigan nurses, faculty at Eastern Michigan University, and UPS and the UAW workers going into contract negotiations next year should take up the struggle against fee hikes and the ongoing privatization of energy and other vital resources as well as workplace issues. To win, workers must break with the non-profits and Democrats who are only concerned with turning people out to the polls in November. Politically independent movements led by working-class people throughout the world show how Detroiters can fight back against DTE and the MSPC.

While the climate catastrophe grows worse and energy burdens climb, the working class in Puerto Rico and the UK are posing an independent, militant response to these crises created by the capitalist class. Everyday people in Puerto Rico are facing down police repression in their struggle in the streets to wrest control of the electrical grid back from private operator LUMA, which swept in during financial restructuring in 2021. Under LUMA, the entire island of Puerto Rico — 1.4 million people — lost power when Hurricane Fiona made landfall on September 18. Over 100,000 in the UK have pledged not to pay their energy bills, which are projected to rise exponentially while energy companies reap profits in the billions every quarter.

Winning an affordable and sustainable future in Puerto Rico, the UK, and in Detroit depends on the leadership of the working class, under their own direction and power, not that of nonprofits, bureaucrats, or political parties and the capitalist profiteers that they serve.