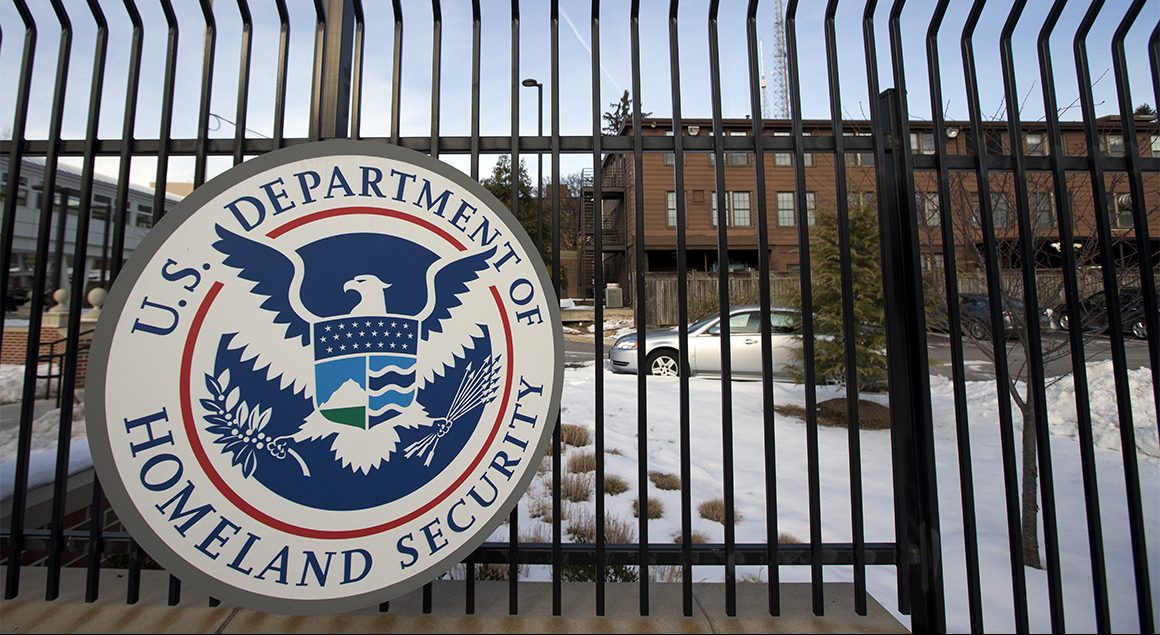 Above photo: None of the DHS drafts POLITICO reviewed referred to a threat from Antifa, the loose cohort of militant left-leaning agitators who senior Trump administration officials have described as domestic terrorists. Manuel Balce Ceneta/AP Photo.

The documents are slightly different drafts of the same annual threat assessment, which is not yet published.

White supremacists present the gravest terror threat to the United States, according to a draft report from the Department of Homeland Security.

Two later draft versions of the same document — all of which were reviewed by POLITICO — describe the threat from white supremacists in slightly different language. But all three drafts describe the threat from white supremacists as the deadliest domestic terror threat facing the U.S., listed above the immediate danger from foreign terrorist groups.

“Foreign terrorist organizations will continue to call for Homeland attacks but probably will remain constrained in their ability to direct such plots over the next year,” all three documents say.

Russia “probably will be the primary covert foreign influence actor and purveyor of disinformation and misinformation in the Homeland,” the documents also say.

Former acting DHS Sec. Kevin McAleenan last year directed the department to start producing annual homeland threat assessments. POLITICO reviewed three drafts of this year’s report — titled DHS’s State of the Homeland Threat Assessment 2020 — all of which were produced in August. Ben Wittes, the editor in chief of the national security site Lawfare, obtained the documents and shared them with POLITICO. The first such assessment has not been released publicly, and a DHS spokesperson declined to comment on “allegedly leaked documents,” and on when the document will be made public.

None of the drafts POLITICO reviewed referred to a threat from Antifa, the loose cohort of militant left-leaning agitators who senior Trump administration officials have described as domestic terrorists. Two of the drafts refer to extremists trying to exploit the “social grievances” driving lawful protests.

“This draft document seems to be consistent with earlier intelligence reports from DHS, the FBI, and other law enforcement sources: that the most significant terror-related threat facing the US today comes from violent extremists who are motivated by white supremacy and other far-right ideological causes,” he said.

Wittes, meanwhile, said the change in language on white supremacist terrorism is significant.

“It diminishes the prominence of white supremacy relative to other domestic violent extremism, and, without being inaccurate, puts it in a basket along with other violent activity that may be more palatable for the administration to acknowledge,” he said.

The threat from white supremacists

The earliest draft has the strongest language on the threat from white supremacists, in an introductory section labeled “Key Takeaways.”

“Lone offenders and small cells of individuals motivated by a diverse array of social, ideological, and personal factors will pose the primary terrorist threat to the United States,” the draft reads. “Among these groups, we assess that white supremacist extremists – who increasingly are networking with likeminded persons abroad – will pose the most persistent and lethal threat.”

The “Key Takeaways” section of the next two drafts calls “Domestic Violent Extremists” the “most persistent and lethal threat,” rather than specifically naming white supremacists.

“We judge that ideologically-motivated lone offenders and small groups will pose the greatest terrorist threat to the Homeland through 2021, with white supremacist extremists presenting the most lethal threat,” it reads.

The next two drafts refer to “Domestic Violent Extremists” –– rather than “white supremacist extremists” –– as “the most persistent and lethal threat.” All three drafts contain the following sentence further down in the same section: “Among DVEs [Domestic Violent Extremists], we judge that white supremacist extremists (WSEs) will remain the most persistent and lethal threat in the Homeland through 2021.”

The second two drafts, meanwhile, allude to violent agitators who have been present at nationwide protests against racism and police brutality.

All three documents note that 2019 was the most deadly year for domestic violent extremists since the Oklahoma City Bombing in 1995.

“Among DVE [domestic violent extremist] actors, WSEs [white supremacist extremists] conducted half of all lethal attacks (8 of 16), resulting in the majority of deaths (39 of 48),” the drafts read.

The assessment comes as DHS has faced scrutiny for its response to increasingly violent domestic extremism during the Trump era. Top DHS officials have spent years grappling with how to do more to combat the threat, and long chafed at what they called disinterest from the White House. Two former top DHS political appointees told POLITICO last month that White House national security officials shied away from addressing the problem and didn’t want to refer to killings by right-wing extremists as domestic terrorism.

But two former DHS chiefs both tried to make the burgeoning threat a priority for the department. As DHS secretary, Kirstjen Nielsen pushed then-national security adviser John Bolton to make domestic terrorism a focus of the administration’s counterterrorism strategy. And then-acting Sec. Kevin McAleenan also worked to highlight the threat, lobbying Congress to spend more on efforts to prevent radicalization.

“I have no qualms criticizing the white supremacy threat,” said Ken Cuccinelli, DHS’s second-in-command, in a recent interview on MSNBC. “Neither does the secretary, neither does the Department of Homeland Security. We recognize when those people act out violently, that they show the highest level of lethality, meaning if you compare the number of violent incidents to the numbers of deaths, the numbers of deaths relative to the incidents is very high compared to other types of threats.”

DHS leaders have been much more vocal of late in highlighting federal efforts to target Antifa. In a recent Fox News interview, host Tucker Carlson asked Acting DHS Sec. Chad Wolf why the Justice Department hadn’t arrested and charged the leaders of Antifa and Black Lives Matter. “This is something I’ve talked to the AG personally about, and I know that they are working on it,” he replied.

And Attorney General Bill Barr has zeroed in on the group in the context of the federal law enforcement response to long-running vandalism, violence, and unrest in Portland, Oregon. After U.S. Marshals killed a murder suspect, Michael Reinoehl, who had described himself online as “100% ANTIFA,” Barr touted the operation as a success. The suspect tried to escape arrest and “produced a firearm,” according to a statement from Barr.

“The tracking down of Reinoehl — a dangerous fugitive, admitted Antifa member, and suspected murderer — is a significant accomplishment in the ongoing effort to restore law and order to Portland and other cities,” Barr said.