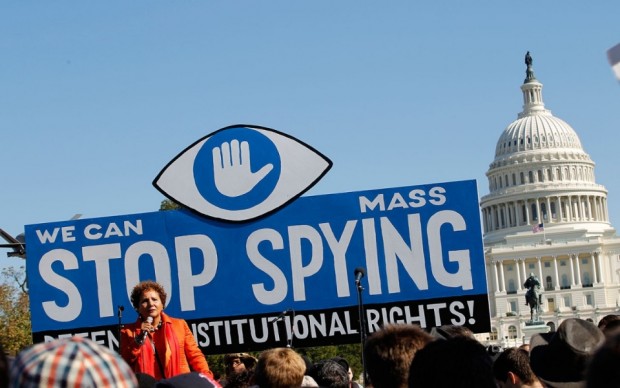 DHS/Police Are Paying School Kids To Spy On Classmates

The “Project Safe Campus” (PSC) program is an anonymous CASH rewards program that pays students $100.00 to spy on fellow classmates!

According to a statement from Detroit public schools…

“The goal of PSC is to increase the number of anonymous tips coming from the schools. Students who give tips that result in disciplinary action can earn $100 cash rewards.”

This program incentivizes schools and universities to spy on students.

Schools and campuses will RECEIVE $3,000 for EVERY actionable tip DHS/Police receive: 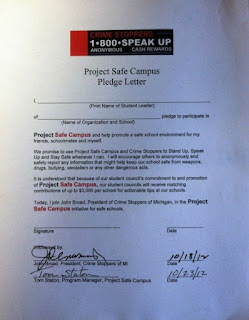 “Now the Crime Stoppers program is awarding tip matching donations up to $3,000 per individual student council for supporting and promoting Project Safe Campus in their schools“.

This is an incredibly dangerous program, A school or university that has budgetary issues will now receive $3,000 for every student they report to DHS/ Police.

The PSC program is funded by “Crime Stoppers” which is run by DHS. A ‘Crime Stoppers and Homeland Security’ search returned 108,000 hits. Crime Stoppers is in EVERY police department in the country and will soon be in every school.

DHS is using a clueless ex-NBA player and former Michigan resident to start a new nationwide student spying program, all in the name of SAFETY.

The DHS student spying program goes by a few of different names:

Isn’t it interesting these spy programs, got their start in areas where unemployment is high and  incomes are low? Why would DHS/Police target low-income areas like Louisiana, Michigan andLaredo,Texas?  Unemployed students eager to make some quick cash, now have an incentive to turn in their friends and family for a “fast fifty” or more.

Have we learned nothing?

Who stands to profit from this brazen spy for-profit scheme? If you guessed DHS and private stakeholders (companies) give yourself a gold star:

“We know that we cannot do this work alone. That’s why we have expanded our collaboration with key stakeholders not only within the DPS family – including our own police officers, citizenpatrollers, academic team, principals, staff, parents, students and our contracted security officers – but among outside partners and police agencies,” said Police Chief Stacy Brackens.

“The purpose of the Positive Behavioral Interventions and Supports Implementation Blueprint is to guide leadership teams in the assessment, development, and execution of action plans.”

Still doubt this is being implemented throughout the country?

Click here to view their “School Climate Transformation Grants” section, which boasts about being in 12 states and 71 school districts.

These so-called ‘specialists’ who decide whether a kid needs more government or police intervention could have undergone only 5 hours of training! It takes anywhere from 5 hours to two days and sometimes up to four days to become a behavioral specialist! Click here to read more.

Below is a list of positive ‘Behavioral Interventions and Supports’ (PBIS) core principles:

What they’re really saying is, putting your kids in government schools is no longer about education, its about INDOCTRINATION!  This is eerily reminiscent of Nazi Germany who kidnapped 40,000 – 50,000 kids and indoctrinated them.

2.) Intervene early. It is best practices to intervene before targeted behaviors occur. If we intervene before problematic behaviors escalate, the interventions are much more manageable. Highly effective universal interventions in the early stages of implementation which are informed by time sensitive continuous progress monitoring, enjoy strong empirical support for their effectiveness with at-risk students.

What they’re really saying is, the police will intervene and monitor EVERY student! Click here & hereto read more.

3.) Use of a multi-tier model of service delivery. PBIS uses an efficient, needs-driven resource deployment system to match behavioral resources with student need. To achieve high rates of student success for all students, instruction in the schools must be differentiated in both nature and intensity. To efficiently differentiate behavioral instruction for all students. PBIS uses tiered models of service delivery.

What they’re really saying is, it’s up to the government to decide which type of behavioral instruction each student will receive!

This is an incredibly misleading and false statement. First off, the “No Child Left Behind” has no scientific validity and has many problems. Secondly, not a single ‘scientific intervention’ has ever been proven to be 100% effective.

5.) Monitor student progress to inform interventions. The only method to determine if a student is improving is to monitor the student’s progress. The use of assessments that can be collected frequently and that are sensitive to small changes in student behavior is recommended. Determining the effectiveness (or lack of) an intervention early is important to maximize the impact of that intervention for the student.

What they’re really saying is, the gov’t is frequently assessing every student.

6.) Use data to make decisions. A data-based decision regarding student response to the interventions is central to PBIS practices. Decisions in PBIS practices are based on professional judgment informed directly by student office discipline referral data and performance data. This principle requires that ongoing data collection systems are in place and that resulting data are used to make informed behavioral intervention planning decisions.

What they’re really saying is, our gov’t is using student data to assess everyone!

7.) Use assessment for three different purposes. In PBIS, three types of assessments are used: 1) screening of data comparison per day per month for total office discipline referrals, 2) diagnostic determination of data by time of day, problem behavior, and location and 3) progress monitoring to determine if the behavioral interventions are producing the desired effects.

What they’re really saying is, every interaction a student has ever had with teachers, police etc., is being recorded.

Students are being given assessments from kindergarten-college

Every student is given a “THREAT ASSESSMENT” by police and school administrators.

V-STAG was developed by the Federal Bureau of Investigation, the U.S. Secret Service, and the U.S. Department of Education.

For more info. about students being given threat assessments read:

“American students are given threat assessments“.

“Universities are using data analytics to assess students mental health and much more“.

“Common Core creates a womb-to-tomb dossier on kids and families“. 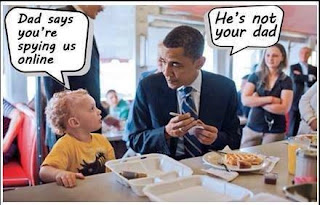