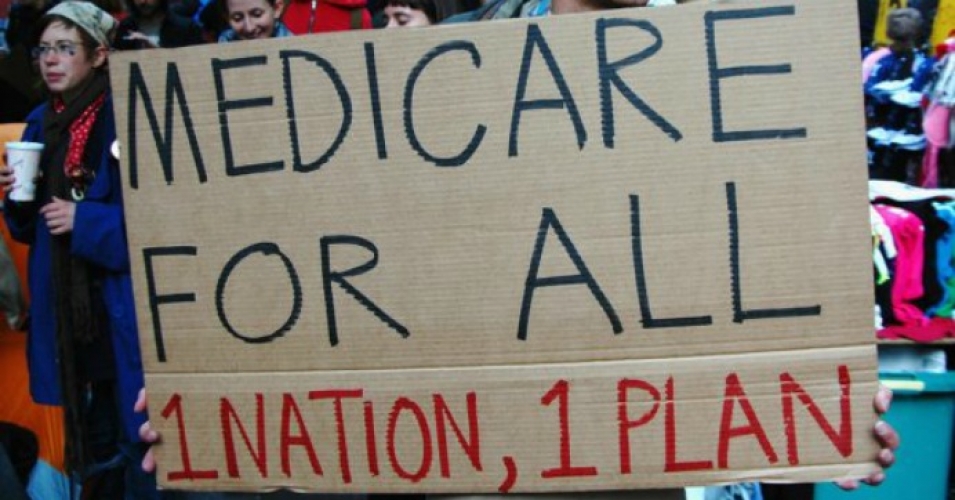 “Medicare-for-all” has become a rallying cry on the left, but the term doesn’t capture the full scope of options Democrats are considering to insure all (or at least a lot more) Americans. Case in point: There are half a dozen proposals in Congress that envision very different health care systems.

The bills we reviewed are:

Here are the key questions:

How many people get covered?

Bottom line: Some plans from the Democrats would cover all Americans — while others would provide insurance to more but leave some number of people uninsured.

What happens to employer-sponsored insurance?

Bottom line: Democrats are split over whether expanded Medicare should make space for employer-sponsored plans — or get rid of them completely.

What public program will expand?

What benefits get covered?

Bottom line: Democrats generally agree that health insurance should cover a wide array of benefits, although there is some variation around how different plans cover long-term care, dental, vision, and abortion.

How much does it cost enrollees?

Bottom line: Democrats do not agree on whether patients should pay premiums or fees when they go to the doctor. Some plans get rid of all cost sharing, while others (largely those that allow employer-sponsored coverage to continue) keep those features of the current system intact.

How is it paid for?

Bottom line: Most Democrats have focused their energy on figuring out what exactly an expanded Medicare program looks like. Legislators have given significantly less attention to how to pay for these expansions.

This article by Sarah Kliff and Dylan Scott helps to clarify the differences in the legislative proposals that have inappropriately been grouped together as “Medicare-for-All” proposals. That’s important since only two are bona fide Single Payer Medicare for All bills (Jayapal and Sanders), and the others are lesser bills that leave most of the current dysfunctional financing system in place while offering not much more than an additional public option.

There are enough facts in the full article that you can use to explain to others this important difference: the superiority of single payer over the inadequacy of the public option.

That said, it is also important to keep in mind that the two single payer proposals – Jayapal and Sanders – have important differences that need to be resolved. A process is underway now to do just that. As a reminder, Steffie Woolhandler and David Himmelstein have provided an explanation of the importance of aligning these two bills appropriately, available at the following link: