Viersen, Germany – Unicorn Riot is on scene of the Ende Gelände action camp. This is the fifth year climate activists have gathered to block German coal infrastructure around mines owned by energy giant RWE in the Rhineland region.

Watch our livestreams below:

Ende Gelände translates to “Here, No Further”, referring to the need to stop using fossil fuels in order to stop runaway climate change. The German government has created a ‘Coal Commission‘ which has proposed to stop burning coal by 2038. Ende Gelände believes that is ridiculous and that halting coal use in twenty years will be too little, too late. 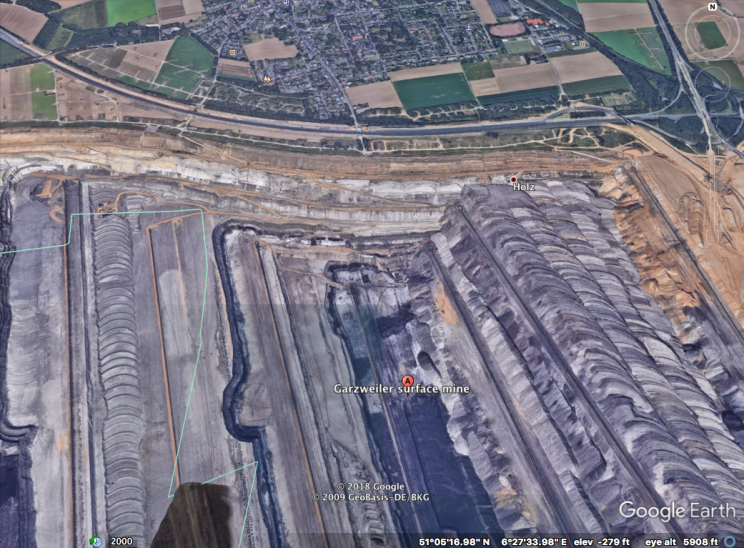 The Garzweiler surface mine near Jüchen, Germany. Screenshot from Google Earth

Multiple groups within the Ende Gelände camp, called “fingers”, are staging simultaneous civil disobedience actions over the next weekend to shut down coal infrastructure in the Rhineland region of Germany. Unicorn Riot will be live streaming the action throughout the weekend.

Tomorrow begins the multi-day protest event in #Germany called #EndeGelaende where people will participate in multiple, simultaneous direct actions blocking coal infrastructure around the many #RWE mines in the #Rhineland region. Stay tuned for live coverage of the event! pic.twitter.com/LsaRm7rkP6

Early Friday morning, masses of protesters began to gather at the Ende Gelände camp to prepare to march towards the mine. 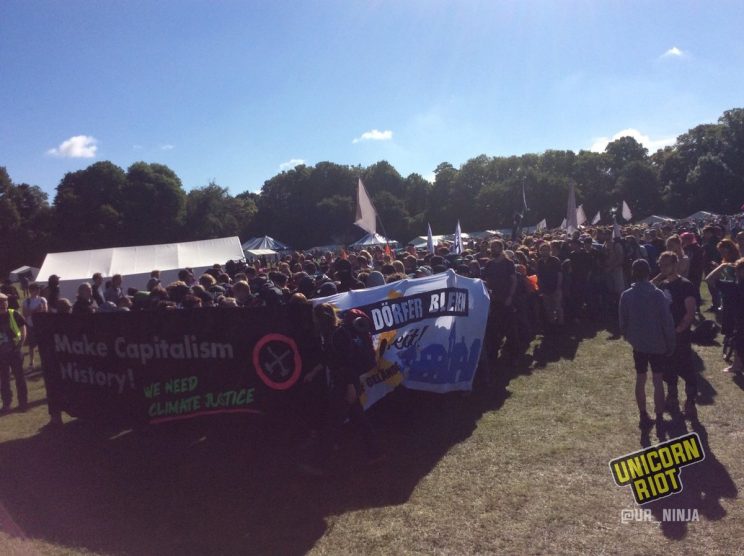 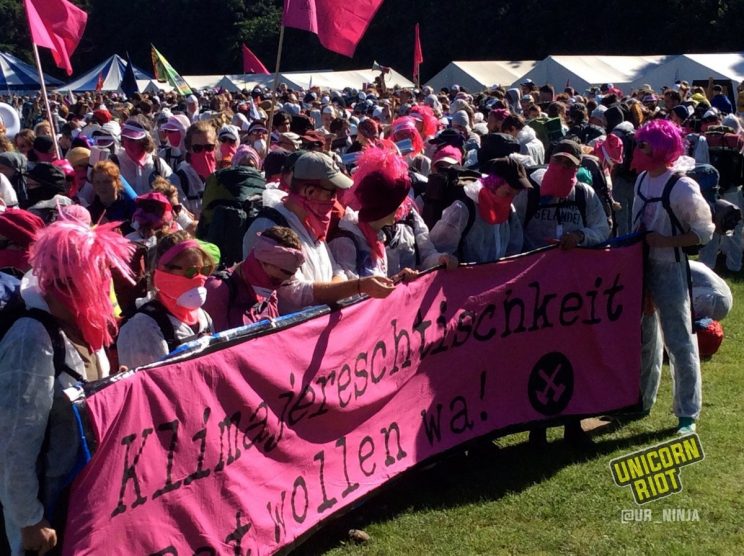 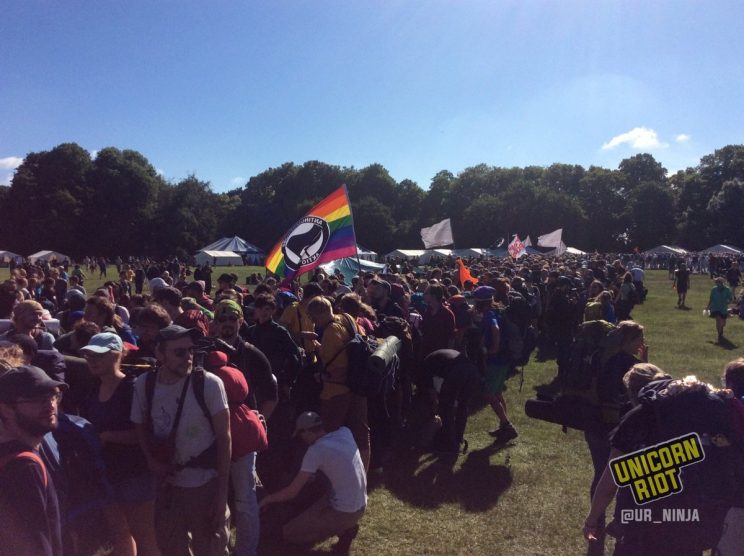 The marches from the Ende Gelände covered a fair amount of distance and stretched into the afternoon.
As the marchers approached the train they were going to take to their destination, police turned them away from using transit, forcing them to begin a trek of several kilometers on foot. Police in riot gear pushed their way through the march at one point, which increased the feeling of tension in the crowd. The green and red “finger” combined during the journey, while the pink “finger” had reportedly already reached the site.

Viersen, Germany: We were just live from a march heading to disrupt coal infrastructure as part of the #EndeGelaende climate campaign.

We’ll be reporting on the ground throughout a series of direct actions this weekend: https://t.co/b8wyTcBh65 pic.twitter.com/j6TZYGbY1e 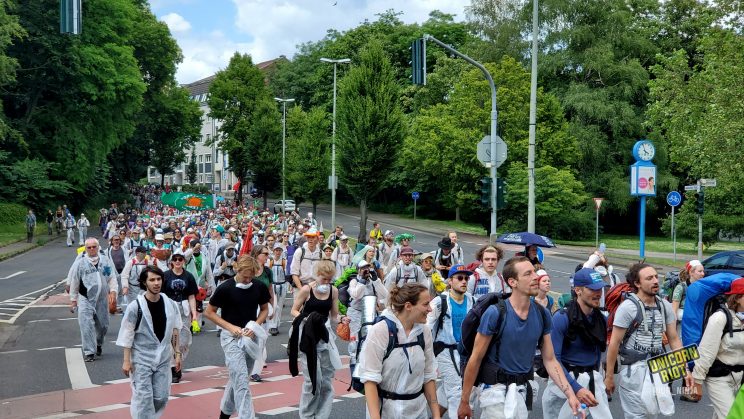 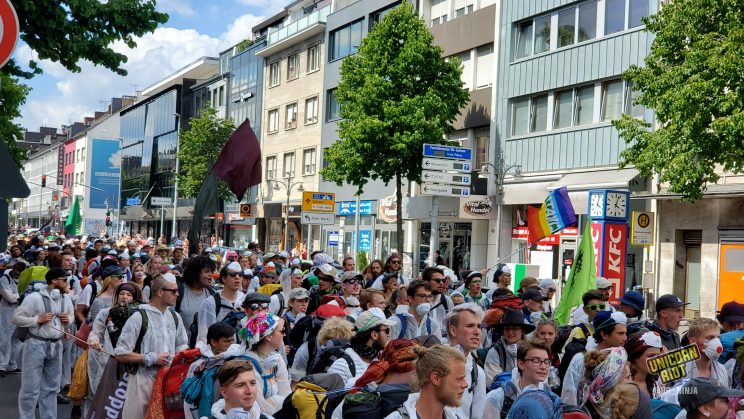 In the later afternoon and evening, marchers from the green “finger” collectively blocked a rail line being used to transport coal to an RWE mining facility.

Standoff with police continues as the tracks are still occupied.https://t.co/b8wyTcBh65 pic.twitter.com/q6MQ9dMVYt

As police looked on, a coal train exited backwards away from the coal facility after being unable to enter due to the blockade.

Here’s a better view of the moment when the RWE coal train backed away after being blocked by #EndeGelaende climate mobilization in western Germany:https://t.co/b8wyTcBh65 pic.twitter.com/nyE8dU6MGd

The group refused police requests to move off the railway, and as of 8:45 PM (2:45 PM US eastern time), the crowd is digging in to spend the night.

Stay tuned for further coverage as we are on the frontlines.

This article will be updated with the latest information and updates as we get them. Follow @UR_Ninja on Twitter for real time updates and interviews.