Disability And Poverty For Adults In 2016 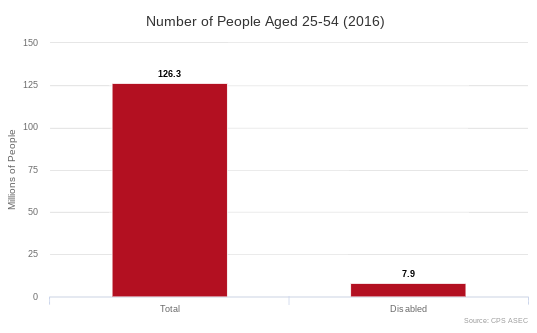 As you would expect, disability rates start out low for younger individuals and slowly creep up with age. In 2016, 13.4 percent of 54-year-olds were disabled while just 3.5 percent of 25-year-olds were. 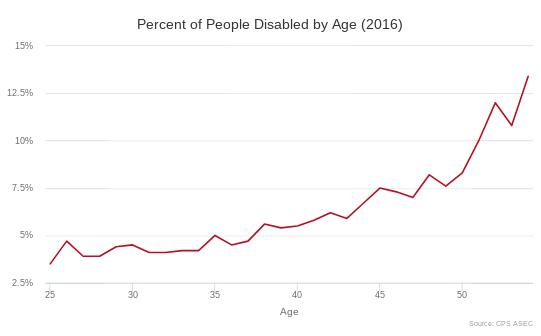 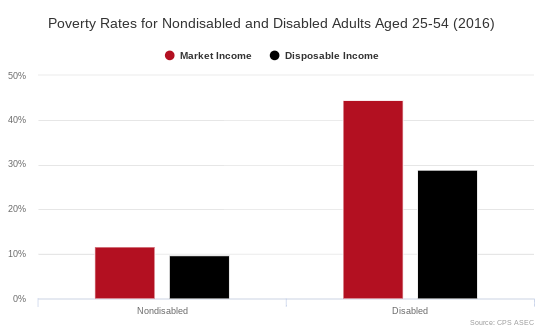 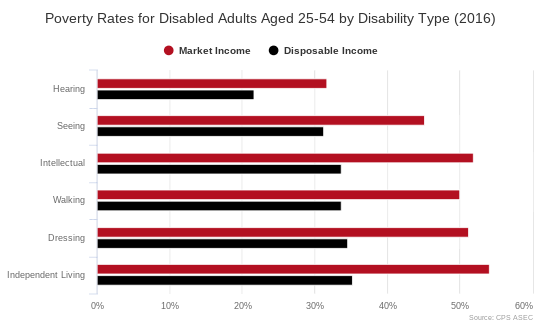 What this all shows is that disability is a huge part of the poverty landscape in America. Depending on how you measure it, one in five or one in six poor adults between the ages of 25 and 54 has a serious disability. And this figure does not even include people who have a less serious disability that sidelines them from work for some or all of the year.

The high rates of poverty among the disabled are no surprise of course. Under capitalism, income is paid only to the factors of production (i.e. capital and labor). But many disabled people are work-limited and own very little income-generating assets. Since capitalism provides them little to no income directly, social benefits are the only way to keep many disabled people out of poverty, but those benefits are insufficiently generous at this moment.

The plight of the disabled under capitalism is really the plight of all groups of people who have limitations that prevent them from engaging in market labor: children, elderly people, students, caregivers, the unemployed, and so on. These groups make up the overwhelming majority of poor people in the country and will continue to do so until we do more to detach our country’s income distribution from labor and capital factor payments, e.g. through the creation of a generous social democratic welfare state.