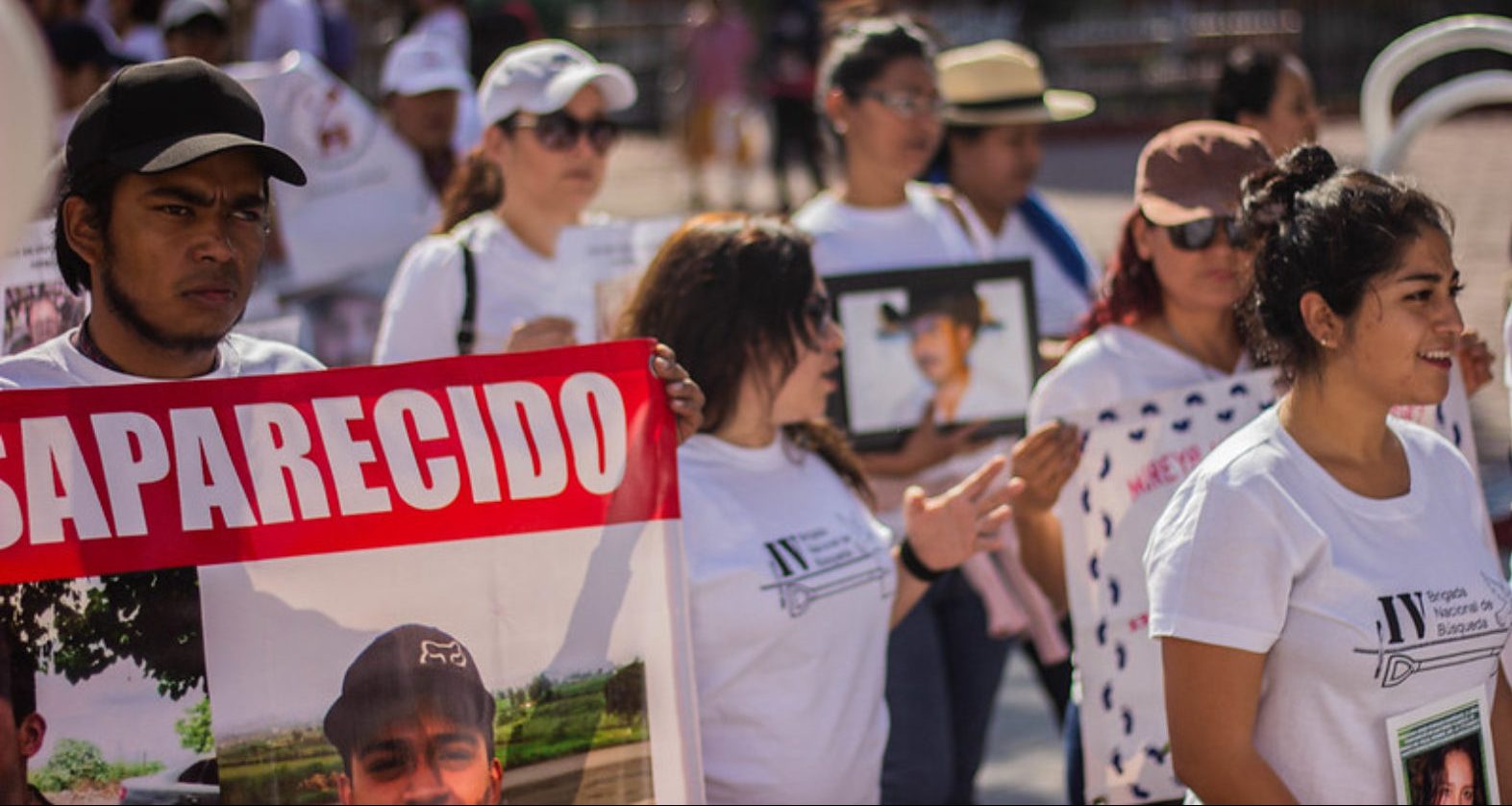 Disobedient Peace As A Form Of Non-Cooperation With Inhumanity

Peace is often viewed as the absence of violence, individuals and groups getting along, and, simply, an orderly life within and between societies. In this view, peace is often thought to be achieved through (military) strength. Those who are part of dominant groups benefit from such understandings of peace. The author of this article suggests that the concept of peace has been abused and manipulated—emptied of content or associated with militarization and repression instead of with justice. To re-appropriate the concept of peace, he introduces the notion of disobedient peace—building knowledge collectively through reflection and action, questioning taken-for-granted assumptions about a complex social order and obedience to authority, and developing a moral identity and action plans to disobey inhumane social orders.

Social order refers to the way in which a society is organized. Collectively shared norms, rules, expectations, and institutions maintain that organization. This “stable” structure is accepted and maintained by members of a society. In the context of this article, social order uses the “weapon of normalization” to justify violence and uphold obedience to authority.

The theoretical concept of disobedient peace is born out of the author’s three decades of engaged scholarship, theory development, and activism (human rights, anti-war, pro-justice, and environmental) in the context of Mexico. To illustrate disobedient peace, the author shares nonviolent acts from Mexico, where many injustices and forms of violence led the author to consider what building peace means for individuals and society.

In the first example, the author looks at a group of 3,360 teachers belonging to the teachers’ union Coordinadora Nacional de Trabajadores de la Educación (CNTE). Because of their objection to a so-called educational reform, they were fired by the government and consequently convened a national strike in 2016. This act was a form of conscientious objection originating from reflection on the perceived injustice of being dismissed. The second example is the National Brigades for the Search of Disappeared Persons, organized by their families in several states of Mexico. After having exhausted formal and legal efforts, the families followed their own path without asking permission from the authorities. They not only developed their own systems of searching and locating disappeared persons but also increased their moral, political, and social strength by building alliances with other organizations, churches, and NGOs of very different kinds. They decided to exercise their power in a form of autonomous non-cooperation.

Both examples share an important feature of nonviolent resistance—the activation of the moral reserve. When the social order has crossed a “moral line,” historically there have been mass protests or individuals with high social power pressuring authorities. The author observed moments of moral indignation in the face of highly inhumane situations in recent Mexican history, two of which are the Zapatista uprising of 1994 to draw attention to the marginalization of indigenous people (“Enough!”) and the response to the 43 students who disappeared in the State of Guerrero in 2014 (“It was the State!”). These events triggered an important and radical set of reactions conceived from nonviolence and created conditions for initiating disobedient peace.

A moral reserve resides in each society and gives this society the strength to draw a “moral frontier.” In situations of gross inhumanity, diverse actors are not willing to accept events as normal and publicly express their indignation. These can be members of many identity groups such as academic and religious leaders, peasant, indigenous, and labor leaders, intellectuals, and artists. These can also be people taking to the streets in masses.

What then constitutes disobedient peace? The author highlights five principles that guide the practice of disobedient peace: 1) original thinking and disobedience to inhumane orders; 2) humanization of the adversary; 3) resistance to injustice rather than solely conflict termination; 4) non-contribution to cycles of violence with reflections, words, and actions at all times; and 5) maintenance of coherence between means and ends.

The process of constructing disobedient peace starts with attempting to understand the social reality as objectively and empirically as possible. One component is becoming aware of the observable and unobservable social events within a social order. Explained graphically, the flower is the observable whereas the roots and the soil are the unobservable. Any action for peace needs to face the social order and examine what is normalized, including direct or indirect forms of violence. This is hard since the social order keeps us locked in our thinking and in blind obedience to power and legality. The broadened awareness then can cause a rupture of previous knowledge and assumptions.

Another part of the process deals with becoming aware of one’s own power. In this form of constructing peace, we realize that we have some type of power that we can exert against unjust situations. If we do not exert this power, injustice will continue, but if we disobey, we humanize ourselves and those who would suffer the consequences of that social order. Disobedience to authority, however, is hard. Obedience to authority comes with a perceived sacredness and timelessness and is underlined by law. The author stresses how obedience to authority is deeply engrained in individuals. The logic is that of the “good citizen,” the “good student,” “the good son,” and, in its most transparent form, the “good soldier” dutifully awaiting orders. In sum, the concept of disobedient peace confronts this social order through reflection on real events, the generation of knowledge, and the development of a greater moral, individual, and social identity.

This article is a successful attempt at re-appropriating peace as a viable process—not end result—for nonviolent societal change toward justice and equality and away from violence and militarism. On the one hand, a too-soft understanding of peace makes it overly superficial and relies on feel-good language and imagery. Doves, olive branches, people shaking hands, and children smiling are far removed from the transformative processes that need to happen for the creation of a more just and peaceful world. On the other hand, the dominant understanding of peace is deeply engrained in militarism—going to war for peace, peace through strength, armed “peacekeepers,” and nuclear weapons to keep the peace. The former understanding of peace, while mostly positive in intent, is ineffective for social change and, ultimately, is built around complicity with an unjust social system. The latter hijacks the term “peace” for upholding a destructive war system.

How does disobedient peace relate to peacebuilding? By looking only at “traditional” measures of peace, like the number of armed rebels or signed peace accords explicitly guided and motivated by a primary commitment to bring about an end to armed conflict, we may fail to recognize those actions that actually bring about sustainable peace. Acts of disobedience, defiance, and non-cooperation can build peace by calling attention to injustice. For example,Megan Rapinoe, captain of the U.S. women’s world champion soccer team, publicly defied President Trump. Carola Rackete, captain of the refugee rescue ship Sea Watch 3, disobeyed orders that prohibited her from entering a harbor in Italy. Both acts are more than individual forms of resistance. They fit into a larger picture of openly confronting authority and an inhumane social order. These women are building disobedient peace.

It then becomes clear that building disobedient peace is far from comfortable. The concept of disobedient peace places stronger emphasis on the processes of social change than on the final actions or results. This is of importance to those of us who are involved in professional organizational peacebuilding efforts that are fully embedded in and compliant with the structures of our social order. As peacebuilders, we must question social order instead of being complacent with “doing good.” When peace work fails to confront an inhumane social order, it is at best ineffective and at worst deepening structural injustices and inequalities in the name of peace. The concept of disobedient peace encourages us to develop our distinct capacities to disobey all inhumane elements of a social order.

What are our roles as peacebuilders, then? First, in Western liberal democracies, disobedient peace requires us to carefully examine how social structures are built around domination, inequality, and injustice. This order usually only enables forms of peace action that do not challenge the core of societal power structures. That is not enough. Efforts toward change need to be channeled toward challenging and transforming those structures if true peace with justice is to be achieved. Second, in societies where authorities act with impunity, disobedient peace is relevant both for its conceptual challenge to social order and for its practical use in the form of nonviolent civil resistance to withdraw consent from those in power. To be clear, the supporting scholarship on strategic nonviolence and civil disobedience have shown that it is not, on balance, destructive and chaotic but effective and creative. The author of this article considers nonviolent civil disobedience one of the greatest instruments for the advancement of humanity.  To use the author’s own words, if we care about peace with justice and dignity, “sometimes we must act without asking for permission.”

On activating the moral reserve:

Hiller, P. (2018, June 27). Children in cages create glimmers of the moral reserve. The Westside Gazette. Retrieved on May 19, 2020, from https://thewestsidegazette.com/children-in-cages-create-glimmers-of-the-moral-reserve/

Britt, L. (2020, April 25). Meet the new generation of tax resisters refusing to pay for war. Waging Nonviolence. Retrieved on May 19, 2020, from https://wagingnonviolence.org/2020/04/meet-new-generation-tax-resisters-refusing-to-pay-for-war/