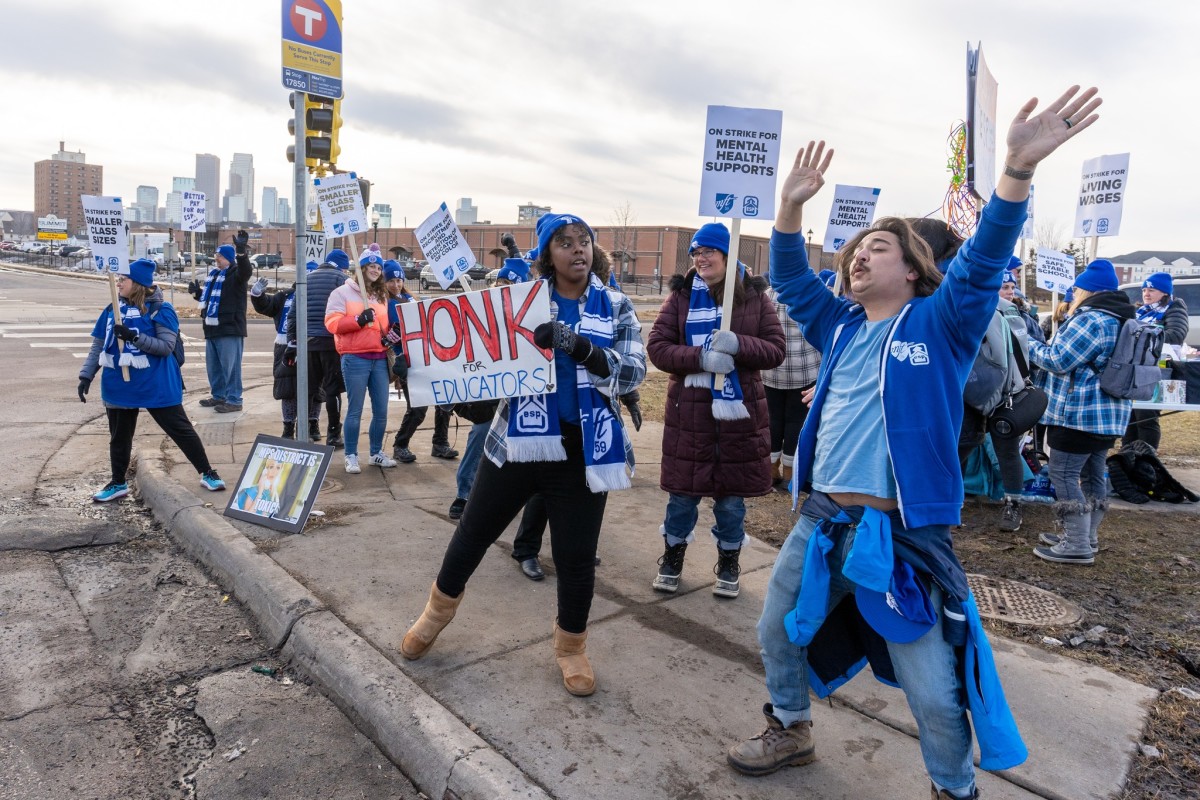 But the ESP and teacher chapters of the Minneapolis Federation of Teachers (MFT 59) say the district can do better, and they’ll continue to strike until that happens. Classes were canceled in Minneapolis on Monday, marking the 10th day nearly 30,000 students have missed school since the strike began on March 8.

The main sticking point in contract negotiations continues to be pay for ESPs. The Minneapolis Federation of Teachers (MFT 59) has demanded starting pay for ESPs be increased to $35,000 annually (it’s at about $24,000 right now).

The district’s offer on Sunday would increase starting wages of 85% of current ESPs to $23 per hour or more, “bringing most of our full-time ESPs close to $35,000 annually,” the district says. And it would increase pay for the lowest-paid ESPs from $15.45 an hour to $18 an hour.

The district’s offer also includes $6,000 in bonuses over the next two years and wage increases between 8.2% and 34.6%, depending on an employee’s job classification.

Minneapolis School Board Chairwoman Kim Ellison said in a video Sunday the district’s offer puts the district beyond what it has in resources and would mean the school district would have to make $10 million in cuts for the next school year.

Ellison said they asked ESPs to accept the offer “today” or join the district in arbitration so they can get a deal on the current ESP contract.

The MFT59’s ESP chapter offered its own settlement proposal Sunday night, which you can find here and in the video below, which includes $35,000 starting salary for most ESPs, $10,000 in bonuses over the next two years, and five additional hours for ESPs working 30-plus hours so they can get their work done and be paid for it.

“While we appreciate MPS getting to where they are, we know they can get to $35,000 for ESP. It won’t take much more on their part to settle this strike and get our students and educators back to school. We believe we can get this done,” MFT59’s ESP chapter president Shaun Laden told Sahan Journal reporter Becky Dernbach.

Laden in his statement called on the school board and MPS to do better for ESPs and in terms of recruiting and retaining educators of color, reducing class sizes, adding mental health supports and creating stability for students by proposing competitive pay for licensed staff, which have all been among MFT59’s demands since contract negotiations began.

“Our members are ready to hold the line until we get there,” Laden said in the statement.

As for negotiations between the district and teachers, the union sent to the district a comprehensive proposal for settlement on Sunday, which you can find here and is in addition to the union’s demand that ESPs earn a living wage.

The proposal asks for a 5% salary increase in the first year and a 4% increase in the second year. It also includes language to help prevent layoffs of teachers of color.

MFT 59 says it believes the proposal is something the district can accept to help both sides reach a settlement.