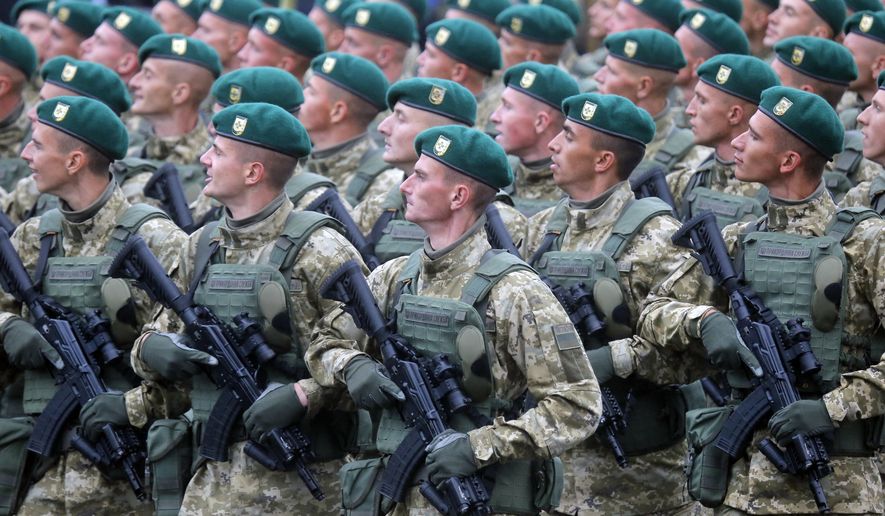 Note: On June 11, 2020, we published Dangerous US Military Presence In Poland And Eastern Europe which described the US sending troops to Poland as well as US and NATO bases in Poland. The article below describes US funding of the Ukrainian military. Both of these moves are part of a US build-up on the borders of Russia.  – KZ

This reaffirms the long-standing defense relationship between the United States and Ukraine – a critical partner on the front line of strategic competition with Russia. The United States remains steadfast in its support for Ukraine’s sovereignty and territorial integrity within its internationally recognized borders.

The USAI funds – $125 million of which was conditional on Ukraine’s progress on defense reforms – will provide equipment to support ongoing training programs and operational needs. This includes capabilities to enhance Ukraine’s defensive lethal capabilities and situational awareness in the maritime domain, air surveillance systems to monitor sovereign airspace, command and control and survivability of Ukraine’s Land and Special Operations Forces through the provision of counter-artillery radars and tactical equipment, military medical treatment and combat evacuation procedures, and cyber defense and strategic communications to counter Russian cyber offensive operations and misinformation.

These efforts are complemented by increased security assistance support from key NATO Allies and partners. The United States continues to urge all allies and partners to enhance their support for Ukraine’s security and defense sector. The United States also welcomes recent Ukrainian investments in U.S. defense articles that further strengthen our strategic partnership.

These security cooperation programs are made possible by Ukraine’s continued progress on key defense institutional and anti-corruption reforms. Over the past year, Ukraine has taken considerable steps to: strengthen civilian control of the military; reform military command and control structures; transition to a Western-style human resources management system; introduce measures to promote increased transparency and competition in defense procurement and the defense industrial sector; and tighten internal controls to reduce corruption.

The United States remains committed to assisting Ukraine with the implementation of defense and anti-corruption reforms in line with Euro-Atlantic principles. These reforms will bolster Ukraine’s ability to defend its territorial integrity in support of a secure, prosperous, democratic, and free Ukraine.