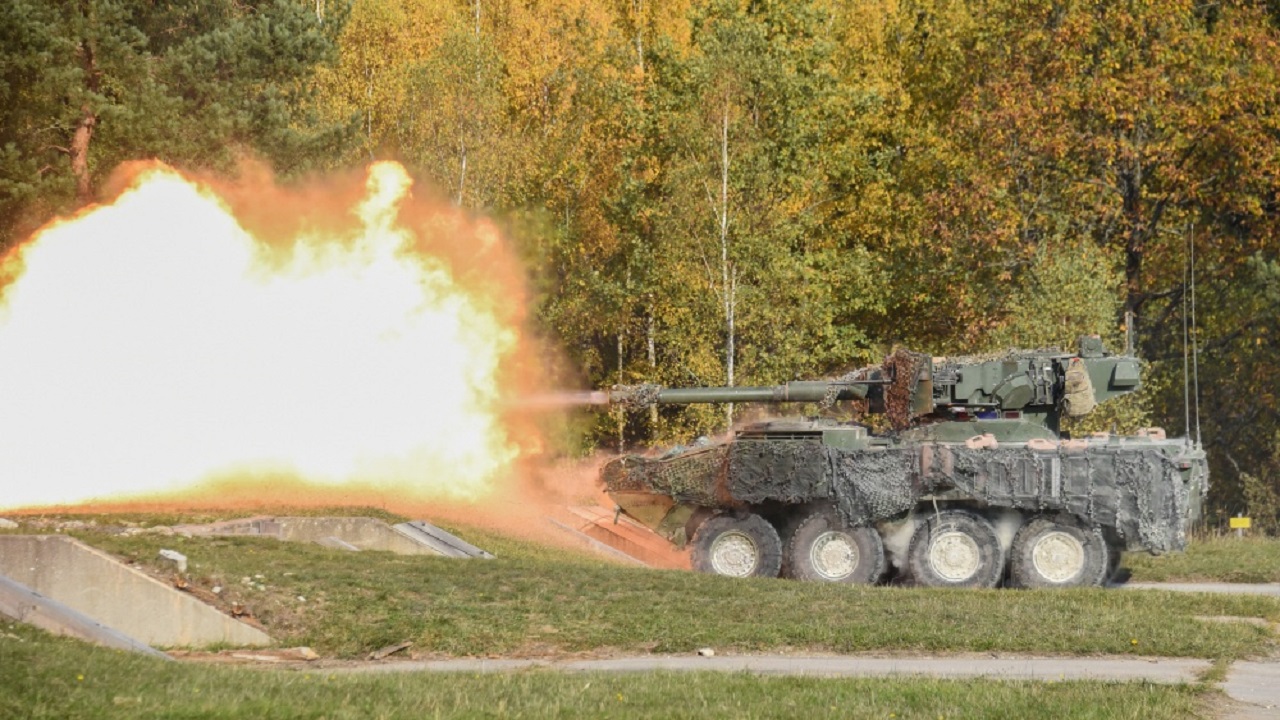 How does the Ukraine War End?

Last Wednesday at the Aspen Security Forum, CIA Director William Burns argued that “Putin’s view of Americans is that we always suffer from attention deficit disorder, and we’ll get distracted by something else.” Burns thinks that Putin is wrong. But he might miss what Vladimir Putin actually thinks. The Russian president may not be banking on Americans simply getting distracted, but on U.S. and European populations focusing on a broader picture, favoring their own national interests and measuring the domestic pain caused by Western support for Ukraine’s war effort. If civil displeasure rises to sufficient levels, political support for Kyiv could rapidly evaporate in Western capitals.

The chances of that happening are higher than many believe.

This analysis is the third in a series of assessments of potential outcomes of the war between Russia and Ukraine. The first one looked at the potential for a protracted stalemate and a partial Russian victory. The second installment considered an outright Russian victory and an outright Ukrainian victory.  In this final evaluation, we consider the implications of a collapse in Western public support for continuing the war and the impact on the battlefield of such a phenomenon.

This scenario examines issues off the battlefield that are far likelier to affect the course of the war than the purely tactical situations previously discussed. Regardless of which way the battlefield trends move, the war’s outcome will almost certainly be decided by factors far away from the fighting: economic issues, energy supplies, and popular will among Western populations.

Without remarkable levels of financial and military support from Western countries, Russia might well have conquered far more territory, and far faster, than it already has. Moscow might have even forced an end-of-war settlement on Kyiv by now. Throughout, Ukrainian President Volodymyr Zelensky and his Cabinet ministers have routinely expressed gratitude for the support provided, but they have also been relentless in demanding more.

For example, as of July 20, the United States had provided or promised 16 of its most modern HIMARs rocket launchers to Kyiv. The launchers have had a definitive impact on the battlefield, reportedly striking dozens of important Russian ammunition depots and command posts. Last Tuesday, however, Ukrainian Minister of Defense Oleksii Reznikov argued that his forces need an additional 100 launchers. That would amount to approximately one-fourth of all HIMARs launchers that were in the active inventory of the U.S. Army and Marine Corps as of November 2020. Such a request is unlikely to be granted, as it would negatively impact America’s conventional strength – and this illustrates a larger and growing problem.

Zelensky has worked hard to shame the West into giving Ukraine unprecedented levels of military support. Up to this point, he has succeeded largely, but not entirely. For example, though dozens of countries have combined to send tens of thousands of anti-air and anti-tank missiles as well as howitzers, tanks, and other tools of war, all have thus far balked at Ukraine’s request for fighter aircraft. They have also refused to impose a no-fly zone or any other form of direct engagement against Russian forces. The reasons the West has refused to provide the kinds of assistance that might draw it into the conflict are instructive, and they presage increasing trouble for Kyiv later this year.

Most Western countries have a reflexive opposition to Russia. They regard Moscow’s invasion of Ukraine with a combination of anger, fear, and for some, hatred. All Western governments believe that Moscow’s invasion was illegal and unjustified, and they want Putin to fail. But each nation is also primarily concerned about its own national security and interests. That self-interest balances their desire for Russian failure. They do not want their support to cross a line and draw them into conflict with Russia.

An additional and often overlooked factor is that some Western governments view the threat of a conventional attack from Moscow to be negligible. They have given minimal support – enough to be seen as “doing something,” yet not enough to risk harming their own militaries or their own economies, or to risk being dragged into the conflict themselves. Even the United States, by far the largest donor of money and arms, has thus far offered only modest numbers of Vietnam-era armored vehicles and towed howitzers, as well as 16 modern HIMARS launchers.

What happens if the calculus changes for Western countries?

Western contributions have been painful but still doable until now. That dynamic may start changing later this summer. By the fall and winter, it is increasingly likely that European and American leaders will come under strong pressure to slow or stop the flow of money and weapons to Kyiv.

Already the economies of the West are showing signs that a recession is coming. In part as a result of massive sanctions levied on Russia, gasoline prices have risen to historic highs, global food supplies have risen to near crisis-levels (raising the price of nearly all groceries), and inflation in the U.S. and UK remains at a four-decade high. But the gas situation in Europe may prove to be the trigger for a retrenchment of Western support to Ukraine.

There are fears within Germany – which still gets nearly 30% of its daily gas from Russia – that Moscow may cut off all supplies before winter. That fear grew on Monday, as Russia’s Gazprom announced a halving of the gas that flows through its Nord Stream 1 pipeline, down to 20% capacity. Berlin is aggressively trying to mitigate the loss of Russian gas, but Germany and other EU countries are already looking at rationing for their citizens this fall and winter.

If the war drags on through the summer and into the winter, the impact on virtually the entire Western world will be acute. The pressures on individual governments by angry citizens to end support for Ukraine and push for a settlement will likely mount, and they might reach decisive levels.

The reality is that Russian conventional forces pose little credible threat to NATO countries. Even the Baltics, which are more militarily vulnerable than any other NATO member, have little to fear from a Russian army that has shown severe limitations in projecting power – and has now lost significant capacity owing to combat losses from the first five months of war.

The Coming Privation and Its Consequences

The populations of Germany, Italy, France, Spain, and other Western European nations, however, recognize there is effectively no conventional threat to them from Moscow. Why, they will begin asking with increasing stridency, should they sacrifice their own economic security, struggle to put food on their tables, and scramble to heat their homes during winter so that their governments can support Ukraine in a war that is not necessary for European security?

Any population that suffers privation and poor economic conditions rail against its leaders. In an environment where the proximate cause of their misery is their government’s decision to sanction Russia in ways that harm their own people’s interests, the civil angst directed against governments could be severe.

There could well be significant pressure throughout the United States and Europe this fall and winter to end support for Ukraine and encourage all parties to end the war on whatever terms necessary so that the negative pressures on their economies are relieved. It seems unlikely that politicians in Western countries that wish to be re-elected are going to place the needs of Kyiv above the needs of their own citizens. In such an environment, the chances that Ukraine is left on its own militarily rise considerably.

Russia Can Hold Out. Can Ukraine?

Earlier segments in this series have examined the four military scenarios that are most likely to play out through the rest of this year. The assessments were based on diplomatic, economic, and military conditions as they presently exist, and assume that conditions external to Ukraine remain static. As we note here, however, it is actually very likely that the situation outside Ukraine will change, and likelier all the time the closer we get to winter. A loss of popular support among the citizens of multiple Western countries would probably have a dramatic negative impact on Ukraine.

Russia has had many years of learning how to live under Western economic sanctions. By all appearances, the major sanctions levied on them since February have had a severe impact, but not a decisive one. Russians have adjusted to the privations and appear able to continue supporting the war at current levels through at least the end of 2022. If, however, Ukraine begins to lose significant support from its Western backers by the fall, it is almost certain to have a negative effect on their war effort.

For example, by mid-June, numerous reports indicated that Ukraine was running out of its Soviet-era ammunition, especially for its howitzers. Continuous Russian strategic bombing has nearly eliminated Ukraine’s industrial capacity to make new artillery shells and other instruments of war. The only way Ukraine can maintain the volume of fire necessary to hold off the Russians is to get a steady supply from Western backers.

If that pipeline dries up, Kyiv’s troops will be physically unable to continue resisting. The same is true of the continual need for replacement howitzers, tanks, and armored personnel carriers: If the West stops providing replacements, Ukraine cannot continue the war.

The morale effect of dwindling Western supplies, however, could be the most consequential.

Ukraine – already suffering severe battlefield losses and psychological trauma – may not be able to survive if they know they are on their own. Their morale would take a serious hit. Conversely, if Western populations demand their governments end any of the sanctions on Moscow, the Russian war effort will receive a major physical and emotional boost.  In all probability, the combination of the loss of the physical necessities to continue fighting and the declining morale would result in Ukraine losing its war with Russia, or forcing it to sue for peace on the best terms available – which will result in the permanent loss of some of its pre-2014 territory.

The possibility that worsening economic conditions start to impose real pressures on Western governments this fall and winter is not minuscule. European capitals, Washington, and Kyiv must begin now, before the onset of these pressures, to game out how they will respond if the pressures become too acute for Western governments to withstand. It will not do to wait. Once they are faced with domestic pressure, most countries can be counted on to prioritize their own national interests above those of Ukraine.